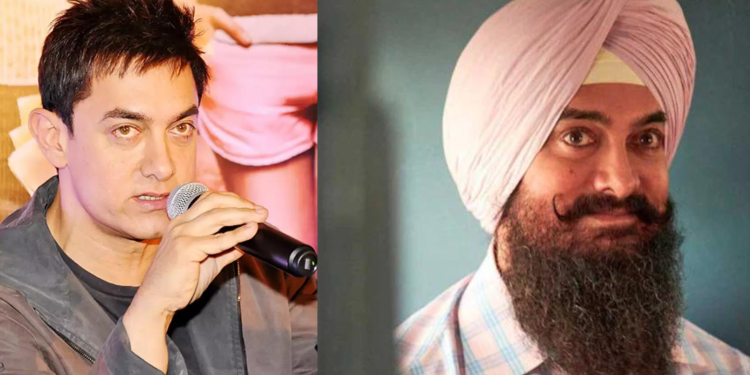 For the past few days, Aamir Khan’s upcoming movie Laal Singh Chaddha is in headlines.  #BoycottLaalSinghChadha is trending on Twitter. But why?

The first reason behind this is the remarks given by actress  Kareena Kapoor Khan on nepotism when Sushant sing Rajput passed away and the second reason is the controversies with which the ‘3 IDIOTS’   fame is associated.

More than 70000 people have tweeted #BoycottLaalsinghchaddha till now and the numbers are increasing rapidly.

“Don’t waste your money on expensive tickets of #LalSinghChaddha… instead feed a poor child. #BoycottLaalSinghChaddha”

Don't waste your Money on expensive tickets of #LalSinghChaddha …instead feed a poor child. #BoycottLaalSinghChaddha pic.twitter.com/G2PQO5BuDn

In reference to Kareena Kapoor’s statement another person tweeted

Boycott #LaalSinghChaddha If you want to save your dharma.

Netizens’ anger can be witnessed all over the internet, especially on Twitter.

Have a look at some more tweets. Now the lead actor of the movie has reacted to this matter. He tried to reassure people that he loves his country.

The upcoming film is a remake of the Hollywood classic Forrest Gump. However, the movie got a lot of hate on social media even before its release for comments that Aamir has made about India a few years ago as a result of which people are asking to boycott of the film.

Recently at a press conference Aamir was asked about the calls for boycott when he asked, ‘please, don’t boycott my film’.

“Yes, I feel sad. Also, I feel sad that some of the people who are saying this, in their heart, they believe that I am someone who doesn’t like India. In their hearts they believe, but it is untrue. It is rather unfortunate that some people feel that way. That’s not the case. Please don’t boycott my film. Please watch my film.”

Moreover , some Twitter users went through the archives and came across Aamir’s controversial “India’s growing intolerance” statement and circulated it on Twitter. While, Some of Kareena’s controversial statements from the past are also going viral online.

Earlier, when the makers of the film launched the trailer in May, the same hashtag was trending.

In his controversial statement in 2015, Aamir Khan said in an interview,

“Our country is very tolerant, but there are people who spread ill-will”.

His wife Kiran Rao also made headlines for saying that she considered leaving the country for the safety of their children.

Produced by Aamir Khan Productions, Kiran Rao, and Viacom18 Studios, Laal Singh Chaddha also stars Mona Singh and Chaitanya Akkineni. And the movie is all set to release on August 11 and apparently clashing with Akshay Kumar’s “RakshaBandhan” on box office.