The 55-year-old hunk can make every celebrity a run for their looks. The man who is way offbeat than the normal societal barriers has a soft corner for every girl out there. The fantasies about this one man never disappoint a single woman. Milind Soman is what dreams are made up of. 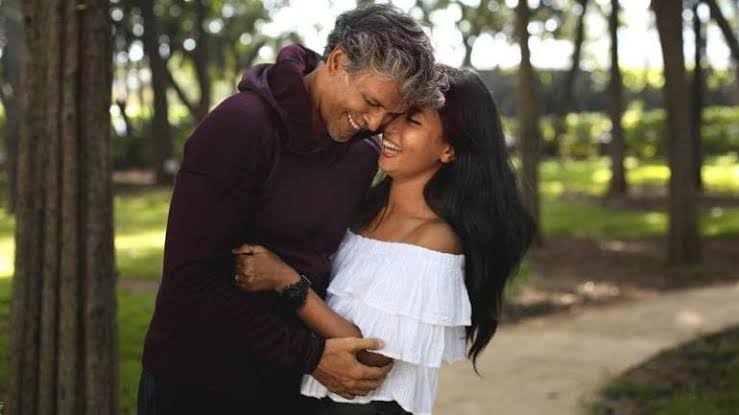 Thus when the handsome and rugged human decided to tie the knot with Ankita Konwar in 2018, he left behind a trail of shattered hearts. The duo both share equal interests and ideas. Both of them are supremely advocating towards the necessity of fitness in one’s daily life. 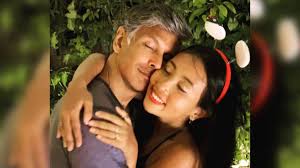 However, India is a country which does not dote well when people step out of the boundaries of shackled traditions. Thereby when the actor and fitness connoisseur Milind got hitched to a woman 27 year younger, they had to face a lot of heat. 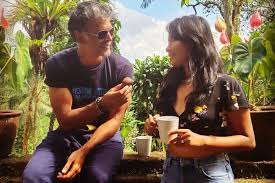 After the marriage, in almost every interview the vast difference of age was bought about even though it was not in context. Thus a similar incident happened recently. But, Milind this time locked his answer to shut down the issue permanently. 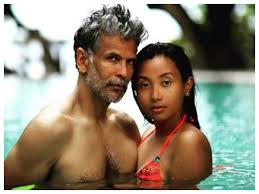 Recently on being asked whether him being married to a woman 26 year younger would decrease the chance of cheating. Milind replied, “There are far more important things in a relationship than sex. People cheat on their partners or stray away from relationships when they do not get enough emotional support that they need.” 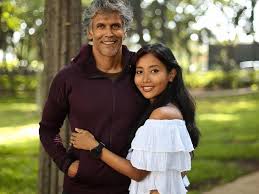 Earlier when the question in regards to the age gap had come up during the promotion of a toothpaste commercial, Milind commented. He said ” There is a big age difference, (26 years, Ankita chips in) So it is the difference between my age and my mother’s age. Conventionally society has created these barriers for people when they fall in love. These are the people who should be together, these are the people who should get together. Those are based on many things – race, religion, country, gender. I think there should not be any barriers. I think everybody should be free to choose who they love and who they like and that should be based just on feelings that they have in the heart, it should have nothing to do with the society”