Krishna Shroff’s Picture With “Bae” Gets Comment From Ex-Boyfriend. 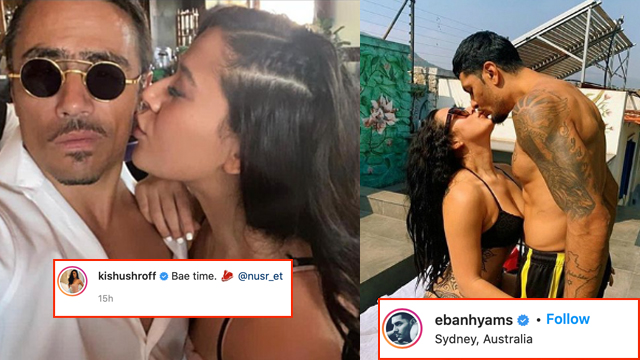 Love is a strange thing, it always has been. Especially when it comes to the daily life of celebrities and influencers. It is not news that Tiger Shroff’s sister Krishna Shroff and Eban Hyams had been dating for more than a year, but due to luck, it all fell apart in November between the duo. Back then, Krishna had taken to social media to announce that the two are not together anymore. She declared out and open to her fan clubs that, “All you fan clubs are cute and all. But please stop tagging me in edits with Eban. We aren’t together anymore. So stop associating us. Letting you all know since it was so public”. Soon after these, the pictures of the duo were deleted rapidly.

From what we know, the couple had always been very open about their relationship status on social media and was quite vocal about it. They had started dating after a month of meeting each other at the Soho House in Mumbai on 11 May 2019. Since then, they had a couple of times come live to interact with their fans. The latest was on their one year anniversary, where Eban very freely had professed and intended a hint at marriage which made fans go gaga. He had said, “This is like our anniversary in a way. We just want to celebrate with you guys. Cheers to you, babe. Cheers to us.” 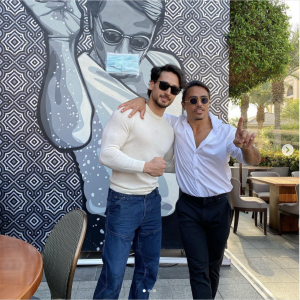 However, they soon separated ways and not a long time after, last Wednesday Krishna uploaded a picture of air-kissing the famous ” Salt- bae” on his cheek. Salt bae is the very famous Dubai chef Nusret, known for his unique style of sprinkling salt on dishes. The picture was captioned “Bae- time” by Krishna, in a tone of fun and candid. But soon after, her ex Eban commented, “Dang u move quick.”.

Most of the fans could understand the tone of fun and ease that is still there between them and took in stride, but a few also acted on it. A follower had mentioned on the same, “Doesn’t mean that’s her bf… It can just be an awesome chef she met…”. Following this another also commented advising him to move on. Eban took it in stride and hit the reply button stating, “I’m not in a rush bro but thanks haha.”