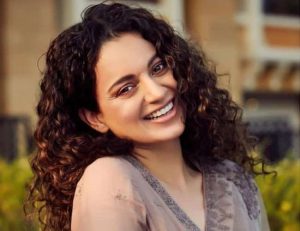 After trying to be sore to Taapsee Pannu on social media, she was refused an iota of attention as the ‘Pink’ star chose not to waste any time there. She then shifted her focus on trying to troll Swara Bhaska who shared the screen with her in “Tanu Weds Manu”.

It was kind of a comparison that was earlier cited by a fan which again made no sense because it was pretty weirdly shaming the other actress and it was unclear what was the user trying to manifest.

A picture where both the actresses were donning on beige were juxtaposed to each other and in a small place where Swara combed her hair that showed a slight gap on her head was termed as crass. Without even knowing the meaning, Kangana went on to share it. Not only did Twitter slammed her for the same, she also got a very affectionate reply from Swara who foiled her attempt at extracting some vitriol to fuel her day.

Swara returned one of the loveliest responses to her former colleague, citing, “Always happy to help alleviate your boredom Kangana.. you know I love you :)”

Always happy to help alleviate your boredom Kangana.. you know I love you 🙂 💜 https://t.co/PdExEfm36K

One user was extremely disappointed with the fact that Kangana had to mock her contemporaries in order to budge attention and tweeted that Kangana has no sense of what she is saying about. Also she is oblivious of the word ‘crass’.

It is a sad spectacle to see that the former ‘Gangster’ actress has now devolved into a lady whose solitary profession is nothing more than mud-slinging at her co-stars.