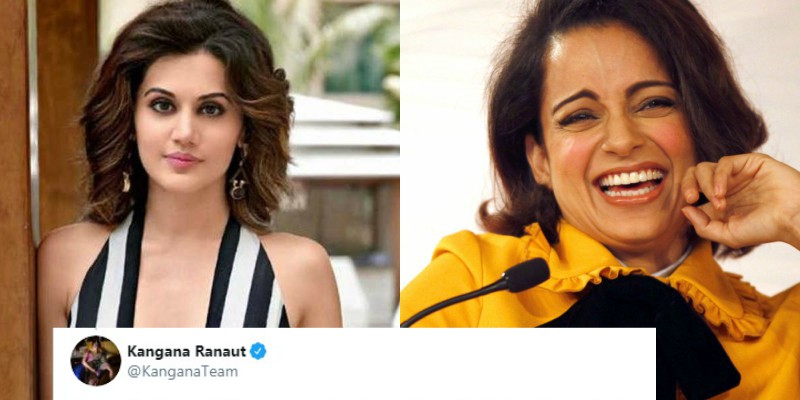 Kangana Ranaut was quick to notice the Tweet and come up with a reply to her fan. In her reply, Kangana mocked Taapsee Pannu for dedicating her whole career trying to flatter her. Not just this, Kangana also compared herself to Mega Superstar Amitabh Bachchan. She claimed that she is the only Bollywood actor to be mimicked so much. She wrote:

“Ha ha ha I am flattered, she is a true fan, dedicated her whole existence to study and impersonate me to the point of dessolution it is rather impressive, also no other female superstar has taken over pop culture the way I have I am the most mimicked superstar after Mr Bachchan.”

This isn’t the first time that both the actress have locked horns on social media. It all started after Kangana Ranaut’s sister Rangoli called Taapsee a ‘sasti copy’ of the Queen actor, the fans of Kangana Ranaut have been trying to prove how Taapsee tries to imitate every now and then.

Meanwhile, Taapsee Pannu posted a cryptic tweet by posting a quote about self-confidence and jealousy. The actor didn’t tag anyone or even mention anyone’s name, however, her message was very clear. She wrote: “#ThoughtofTheDay actually almost everyday now :)”