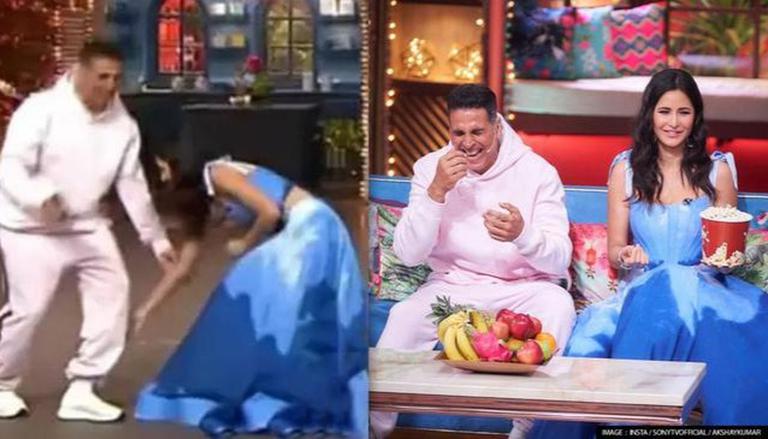 Bollywood superstar Akshay Kumar feels that his Sooryavanshi co-star Katrina Kaif is now ready for marriage. Akshay Kumar, who is known for his hilarious sense of humor and for doing pranks with his co-stars, took a hilarious dig at Katrina Kaif on the sets of The Kapil Sharma Show, as he spilled the beans on the ongoing wedding rumors of the actress.

Well, recently, Akshay and Katrina appeared on the recent episode of the Kapil Sharma Show to promote their Sooryavanshi. Ahead of the episode’s premiere, Kapil Sharma released an ‘uncensored’ video in which Katrina Kaif was seen guessing the names and the purpose of the utensils.

In the video, Kapil Sharma can be seen checking the kills of Katrina Kaif on how much she knows about utensils, which included a ladle, grater, tongs, and strainer among others. Katrina gave hilarious new names to all the utensils with Kapil, Akshay, and Archana Puran Singh helping her with the real names of the utensils. Katrina even decided to take away a utensil as she says she doesn’t have it in her kitchen.

Well, for the unversed, the rumors of Katrina’s wedding have been doing the rounds for weeks. If reports are to be believed then the actress is all set to tie the knots with actor Vicky Kaushal in December this year. The rumors of their wedding are going stronger, it was reported that the roka has taken place and the wedding venue has been fixed. The rumored couple is yet to speak on the matter.