Mr. Amitabh Bachchan is a world-renowned celebrity. He is undoubtedly one of the most famous personalities across the world. He is known for his brilliant acting skills and humble nature. He usually stays in limelight for one reason or other and yet again the superstar is in the headlines. Here’s why

On Friday, August 5, 2022, Amitabh Bachchan took to his Instagram and shared a picture of himself in which he was being featured on an advertisement board of a hair salon in Paris.

The popularity of Amitabh Bachchan

Big B revealed that the picture was sent to him by one of his fans from Paris. 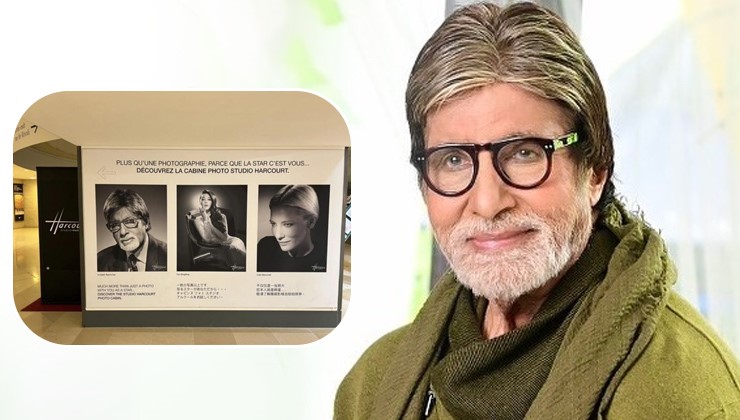 “… a surprise from one who was in Paris and saw a Hairdressing Salon showing my photograph… Good Lord! What on Earth is the World coming to…”

Reacting to the picture, Big B’s granddaughter Navya Naveli Nanda dropped heart emojis in the comment section. Singer Richa Chadha also dropped a heart emoji on the post. Fans too reacted to the post. A fan dropped a comment saying,

AB shares his pictures on Instagram more often as he is very active on social media. From behind-the-scenes pics to selfies, Big B keeps fans updated.

A few days ago, Piku star shared a throwback picture of himself and captioned it,

On the work front, Amitabh Bachchan has interesting projects lined up. The actor will be seen in Ayan Mukerji’s Brahmastra. Brahmastra also stars Ranbir Kapoor and his wife Alia Bhatt, Nagarjuna along with Mouni Roy. It is all set to be released in September this year. Apart from this, Big B also has The Intern, Project K, Unnchai, and Goodbye lined up for the future.