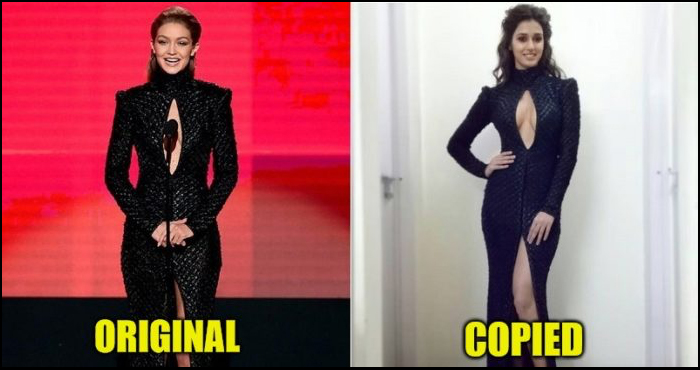 The relation between the American film industry, called as Hollywood and it’s Indian counterpart, Bollywood have had a give and take affair, with everything from film concepts to dressing styles being exchanged between the two places of glamour and limelight. And, here’s a look at the 8 times when Indian actresses took a page off the fashion book of their American counterparts and made their fans go crazy in appreciation. It is no doubt that Deepika Padukone carries herself on the red carpet in the most beautiful and stunning ways possible. In the 2014 Filmfare awards, she decided to take a page off of Lady Victoria’s style statement as she wore a dress to the event that was inspired by Vitoria’s outfit and the only thing different between what the two of them wore was that of a shade of colour. Sonam Kapoor has been a known superstar in the B-Town to don the costumes and dresses inspired from the outfits of Hollywood celebrities and as seen in this picture, she dressed the same as Katy Perry. She appeared at an event, wearing a dress inspired by Katy Perry’s beautiful red velvet dress and it would not be a lie to say that Sonam did full justice to the outfit. One of the names from Bollywood that has come to have close relations with Hollywood, Priyanka Chopra over the years has many times worn dresses similar in design to those that had been worn by Hollywood Celebrities. She has copied outfits of Liz Hurley, Jennifer Lopez, Rihanna, and Megan Fox. And, as shown in this photo, she is wearing a dress design that had been previously worn by Elizabeth Hurley. Katrina Kaif is one of the most beautiful actresses to have worked in the modern-day Hindi film industry and she has in most of her red carpet appearances worn original designs. But, once she wore a dress that was same in design to that worn by the Hollywood heartthrob, Kim Kardashian. Aishwarya Rai Bachchan, who has made several appearances on the red carpet of the Cannes film festival, in the 2014 edition of the fest, carried with her the style statement of Kristin Chenoweth. She had worn a dress that was almost in every sense same to that worn by Kristin at an event before the festival. Kareena Kapoor impressed every fan and follower of her when she wore a dress inspired by the outfit of American singer, Demi Lovato. The outfit had previously been worn by Lovato in an even in the city of Los Angeles, and when Kareena wore it, she made sure that she looked equally stunning. The young and chirpy bird of Bollywood, Alia Bhat, who has been known for her excellent dressing sense off the screen and on the red carpet, once decided to wear a satin saffron Dior dress which had been previously won by her American counterpart, Jenifer Lopez. 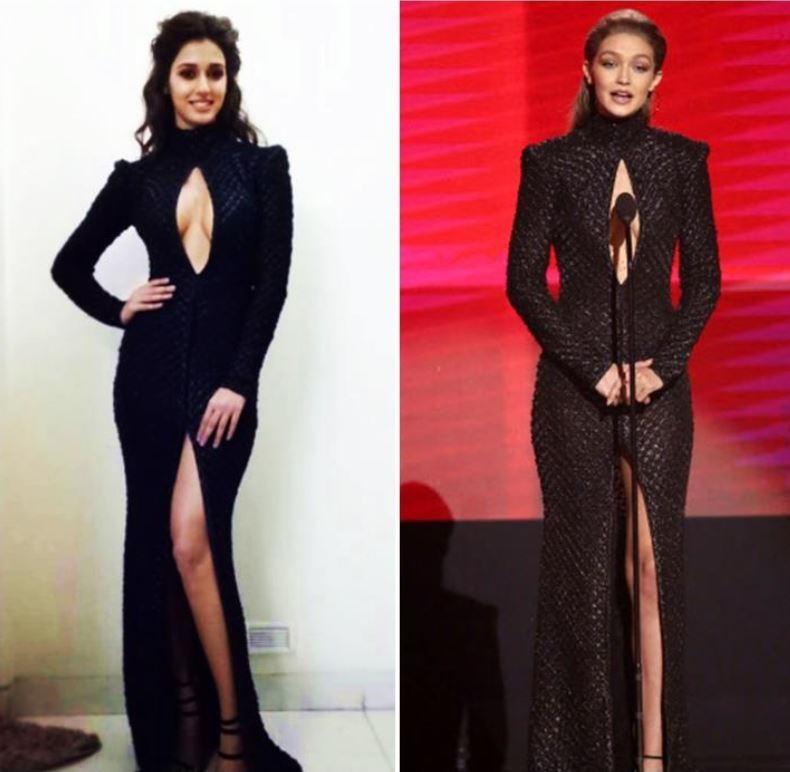 Disha Patani’s entry in the Hindi film industry was marked by her leaving everyone in an awe of her looks on and off the screen. And, when she wore a dress similar to the keyhole gown worn by Gigi Hadid, the army of her fans had nothing but words of admiration and love for her looks.