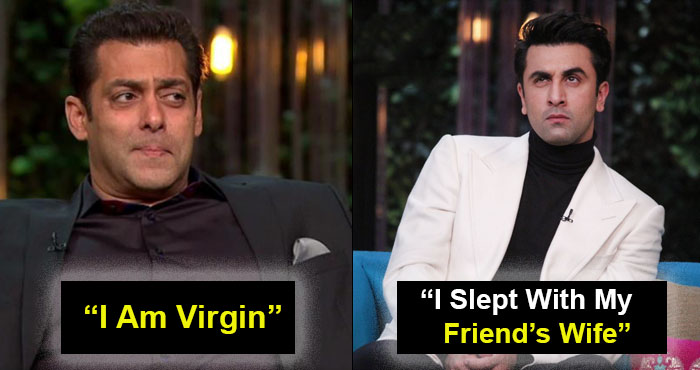 Controversies in Bollywood has been like the fiesta of fans. A plate of the perfect ingredients combined to form the recipe of chaos and some additional entertainment for fans.

One of the major cooks of controversy in Bollywood has always been the talk show ‘Koffee with Karan’ and it has successfully extracted a whole lot of confessions which were beyond bold. We will be looking at five confessions that is termed as bold in the context of Bollywood.

1. Salman Khan is a virgin 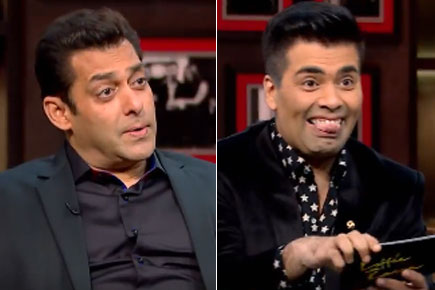 Apparently, the entire B-Town was stunned to know that the Bhaijaan of Bollywood on whom girls go crazy, is a virgin still. Though there have been a lot of speculations about his marriage, yet he claimed that he is keeping himself preserved for his better half.

2. Ranbir Kapoor confessed that he slept with his friend’s wife 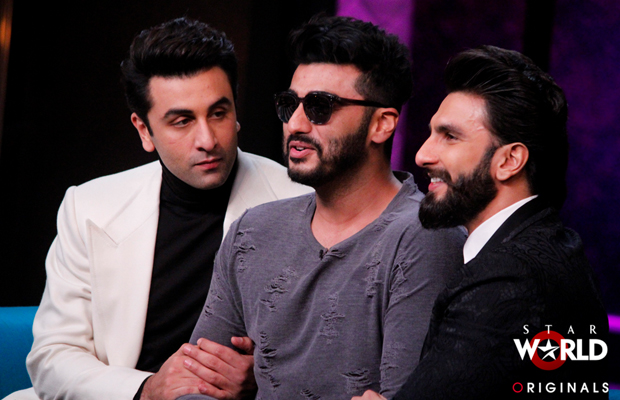 When Ranbir Kapoor and Ranveer Singh appeared on the show, KJO asked both of them whether they had slept with their friend’s wife. However, stunning everyone, Ranbir said yes.

3. Twinkle Khanna and her woeful acting in Mela 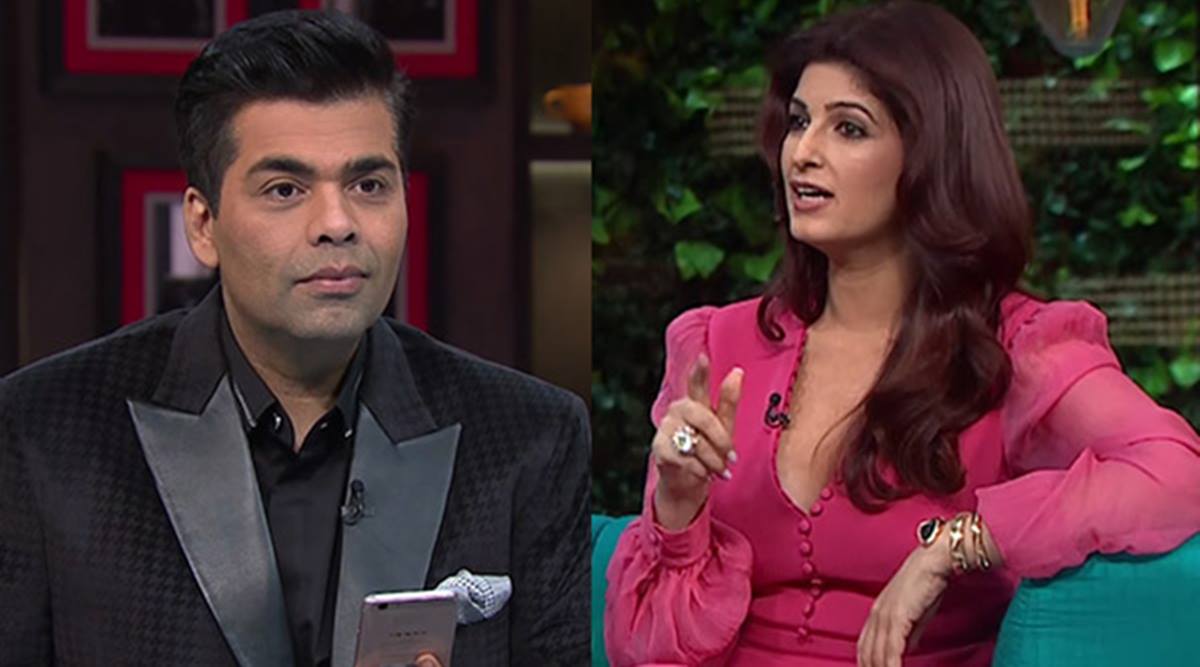 Twinkle Khanna wanted to get the movie ‘Mela’ banned because she had put up a terrible display in it. She never wanted people to see it and in her exact words, she said, “People remember Mela only because of my terrible acting”.

4. Priyanka Chopra on her intimate desires 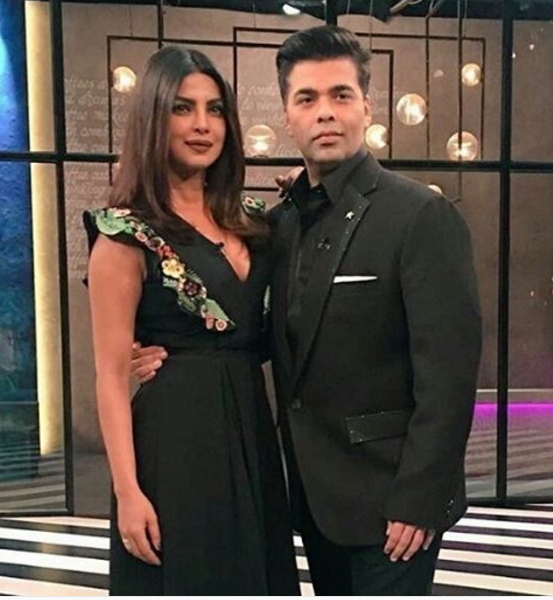 Priyanka Chopra never likes to hold back and when asked about her intimate desires, she was clear like daylight. She said that she had kissed her boyfriend post their break-up, had phone sex and has taken a shower together. She also loves to make out with the lights on. 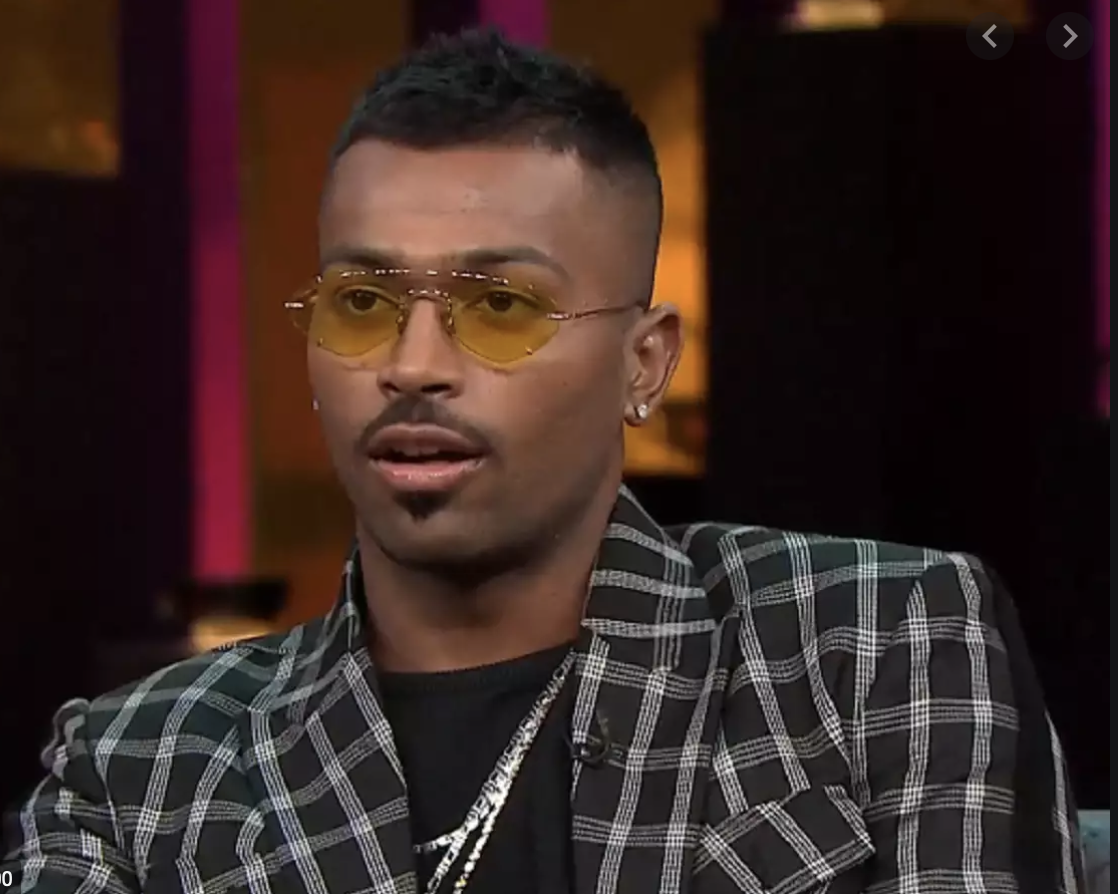 Pandya was downright misogynistic on the show. He said that he had multiple hook-ups with girls and she boasted about it to his family, quoting, “aaj mai kar ke aaya” that left the nation seething.