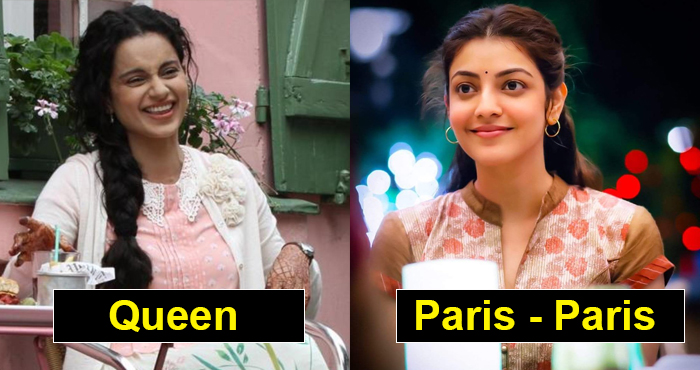 We have often heard about the various Bollywood movies that were shamelessly copied from around the world without authentic Copywrite. This has for obvious circumstances bought about a lot of issues and has been in the talk. But, if we look closely enough we would also find some brilliant stories that originally stemmed from the industry of Bollywood and Bollywood alone. These specific movies were such amazing in the construct and plot modifications that they had to be remade.

Today we would thus be looking at seventeen south-Indian movies that are completely copied from Bollywood. Let us thus get into the saucy seventeen. 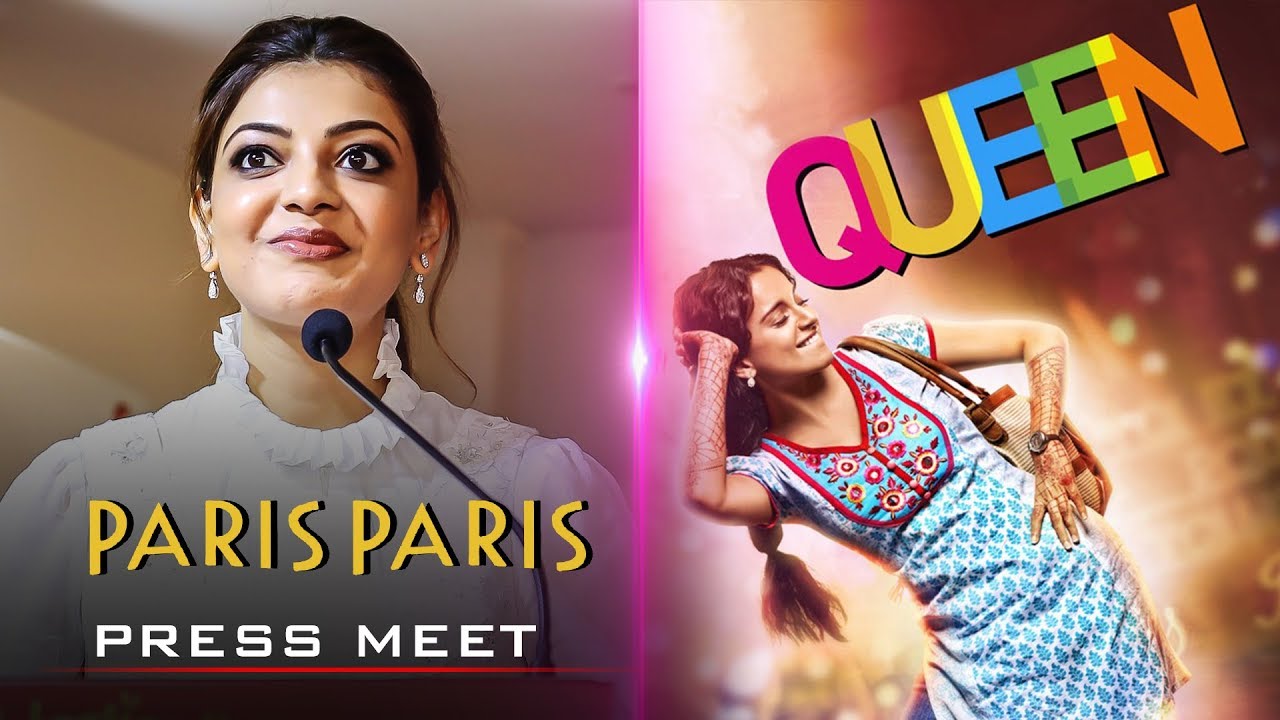 Vikas Bahl’s movie Queen has to be among the first to be discussed. The movie that put small budget cinemas in the front and brought about the idea of female-led movies was one of a kind. The 2014 movie that broke records had Kangana Ranaut in the lead supported by a strong cast of Lisa Haydon and Rajkumar Rao as supporting actors. The film revolves around the development of the character ‘Rani’ who goes on her honeymoon alone to Paris after her wedding being called off by her husband. The movie focuses solely on the need for the importance of loving oneself and setting out on a journey of finding their true worth. The success made the movie take notice and soon it was remade in Tamil and named Paris Paris. The movie had Kajal Aggarwal in the lead followed by Elli Avram and Varun Shashi Rao. 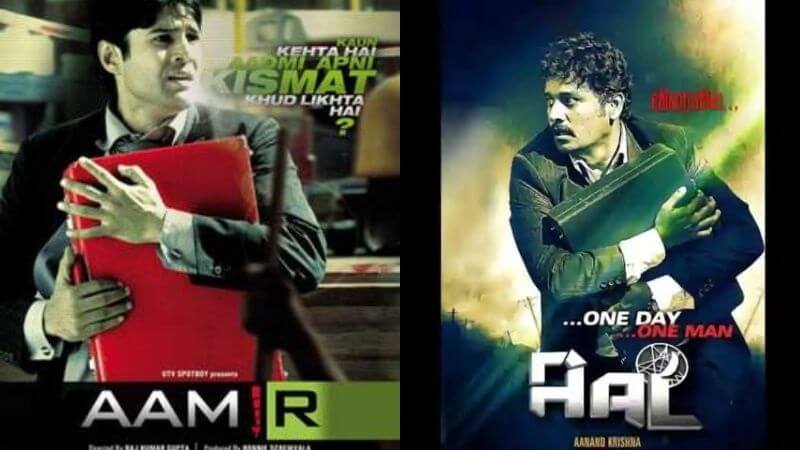 This 2014 movie produced by Ronnie Screwvala revolves around the story of an NRI doctor who is threatened by terrorists to plant a bomb in return for the life of his family members. The movie had Rajeev Khandelwal and Gajraj Rao in prime roles. However, even though of the impeccable storyline and good production, it did not hot the core with the audience. The movie was still remade by the industry in the South and named Aal, due to the plot. The south Indian remake was released in 2018. 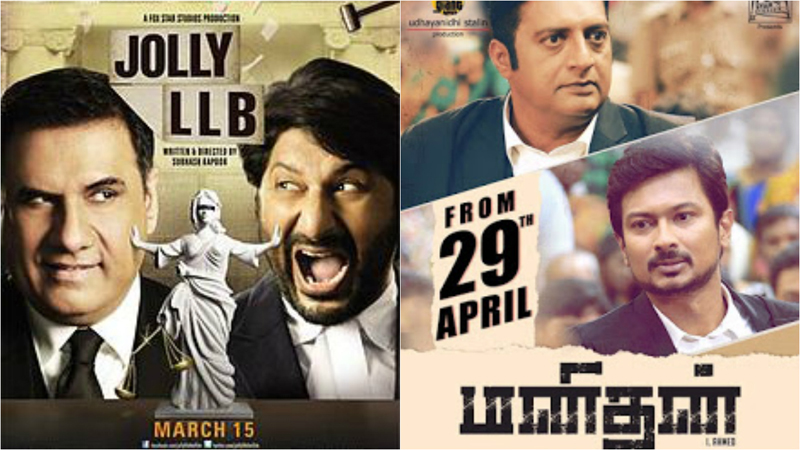 Subhash Kapoor’s 2013 legal comedy-drama bought about the attention of the entire nation and again proved the importance of small budget films. The movie that was a prominent hit became so popular that had it bring a second version named Jolly LLB 2. The first part had Arshad Warsi, Boman Irani and Amrita Rao as lead characters and revolved around the story of a fresh lawyer who is struggling to make his first case. The movie is inspired by the 1999 hit and run case of Sanjeev Nanda. Here we see Jolly who is put against a proficient lawyer fight for the legal rights of daily wage earners. The movie was soon after made in Tamil and had prominent actors such as Hansika Motwani, Radha Ravi, Udhayanidhi Stalin and Prakash Raj. 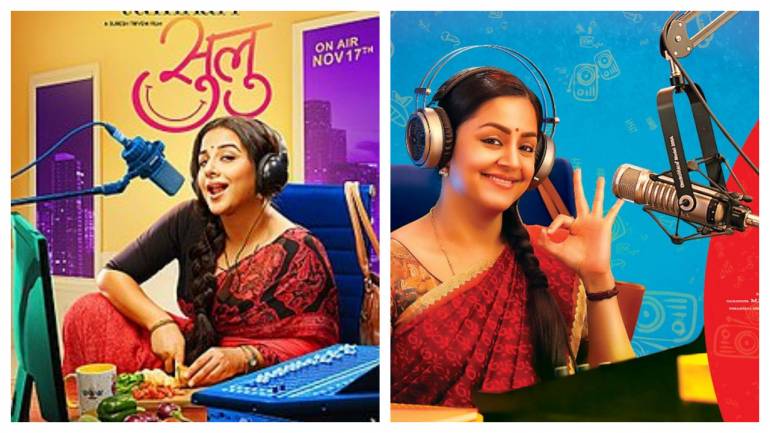 The 2017 hit by Suresh Triveni got the attention that none of the cast expected. The movie that is very easily referred to as Vidya’s best performance helped her many awards, including the award for the best actress that year. The movie was a hit in charts of both commercial and critical films. The film talks about the story of an ambitious housewife who wins the chance of hosting a late-night relationship radio show and slowly starts changing. The movie had Vidya Balan in the lead with appearances from Manav Kaul and Neha Dhupia. The year after the Tamil industry made a remake with Jyothika in the lead role. 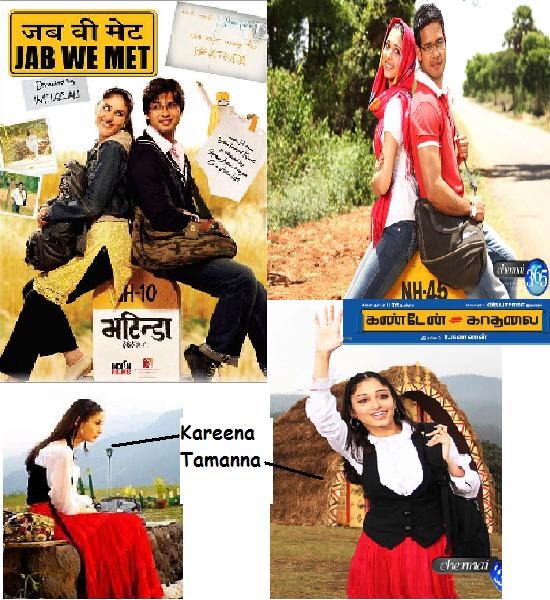 The 2007 romantic comedy by Imtiaz Ali not only established him as a prominent director but also became an all-time favourite hit that appealed to every age group. The hit that shook the industry with beautiful performances from Kareena and Shahid went on to be remade in Tamil in 2009. The Tamil version had Tamannaah and Bharath in the lead. The movie shows the love story between two absolute opposites that bring out the best in each other. 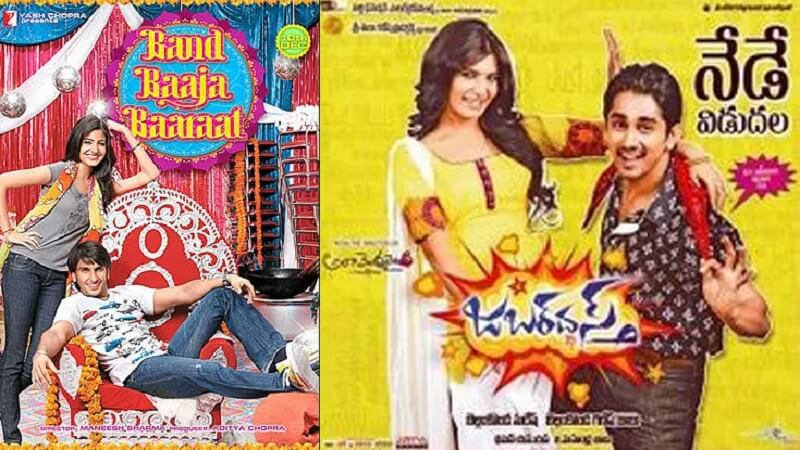 The 2010 hit produced by Maneesh Sharma became an instant hit with the crowd. The quirky romantic comedy between two business partners kept the viewers swooning. The movie was a rage as it was Ranveer’s debut and kept us asking for more. The movie was remade in the South after four years with Samantha Ruth Prabhu and Siddharth in the lead roles. 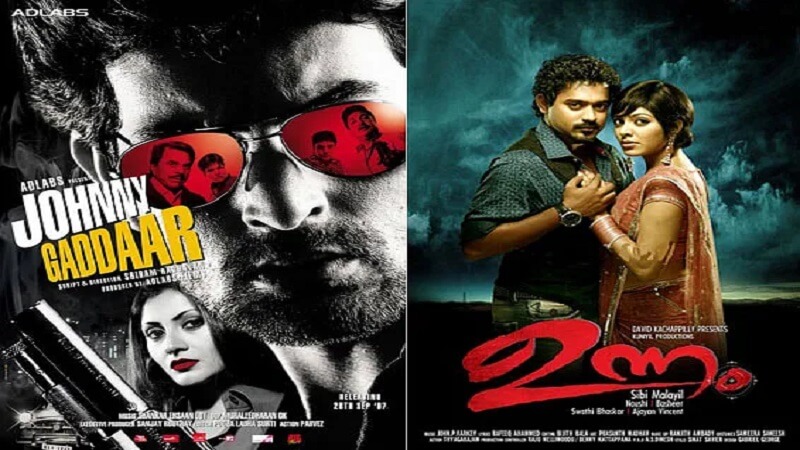 The 2007 sleeper hit was remade multiple times in Tamil, Malayalam and Telegu. The movie that was a thriller was a debut opportunity for Neil Nitin Mukesh. The movie had Rimi Sen, Dharmendra, Neil Nitin Mukesh, Zakir Hussain and Vinay Pathak in important roles. The movie was remade in 2018 to Tamil and had actors like Prashanth, Sanchita Shetty, Prabhu, Anandaraj and Asutosh Rana. 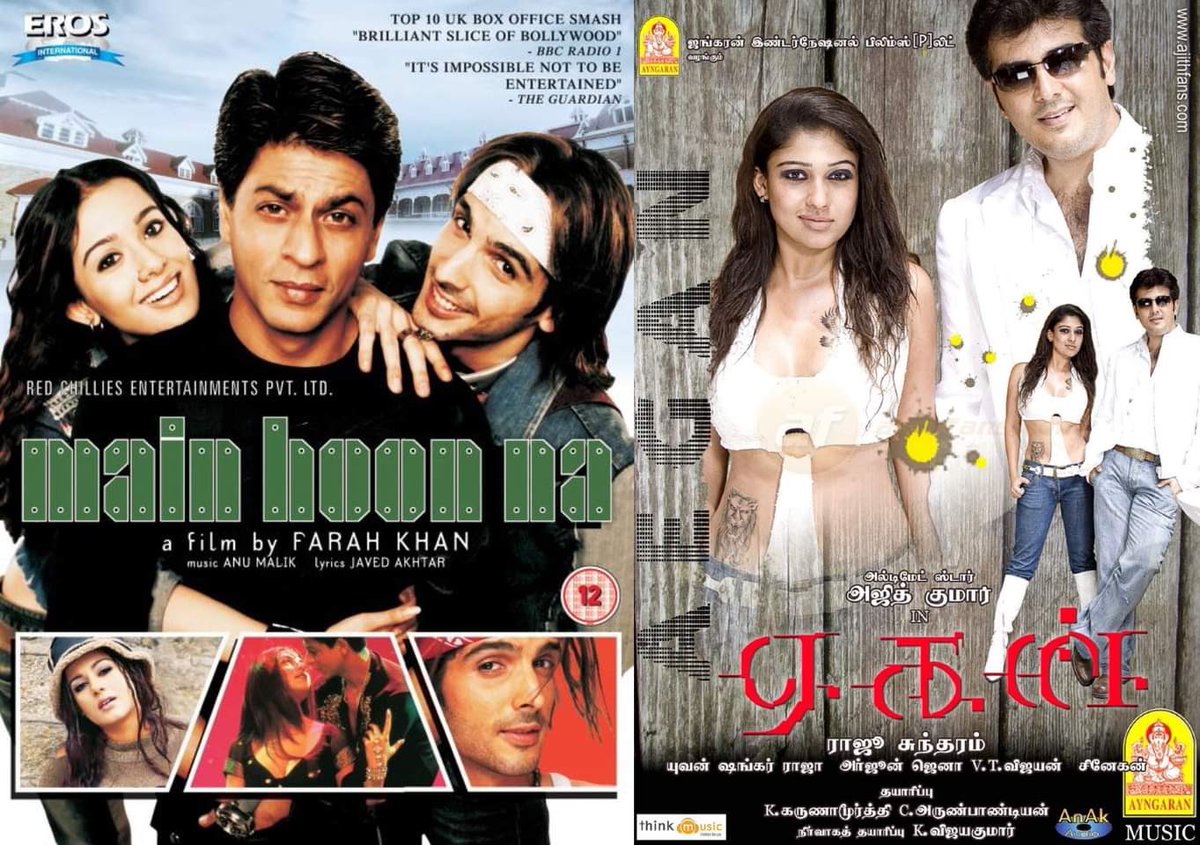 The Hindi cult classic that remains a favourite to us irrespective of the number of times it’s viewed as a blockbuster back in 2004. The commercial masala movie with Epic music made a place in our hearts. It had Shah Rukh Khan, Amrita Rao, Zahid Khan, Sunil Shetty, Sushmita Sen in the lead roles and tells an extremely emotional story. The movie was swiftly remade in Tamil after four years with Nayanthara and Ajit Kumar in the lead roles. 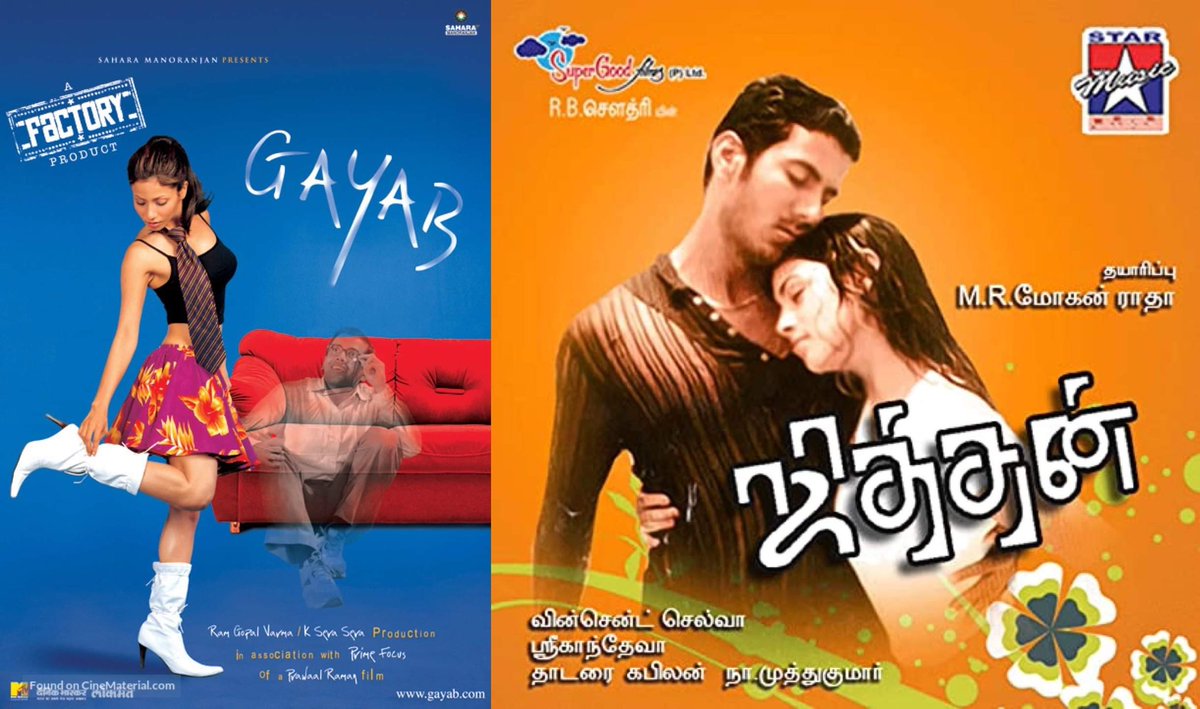 The 2004 supernatural thriller starring Tusshar Kapoor and Antara Mali told the story of a person who was invisible when he wanted. The movie was not a hit but was still made in the South just after a year of its release. 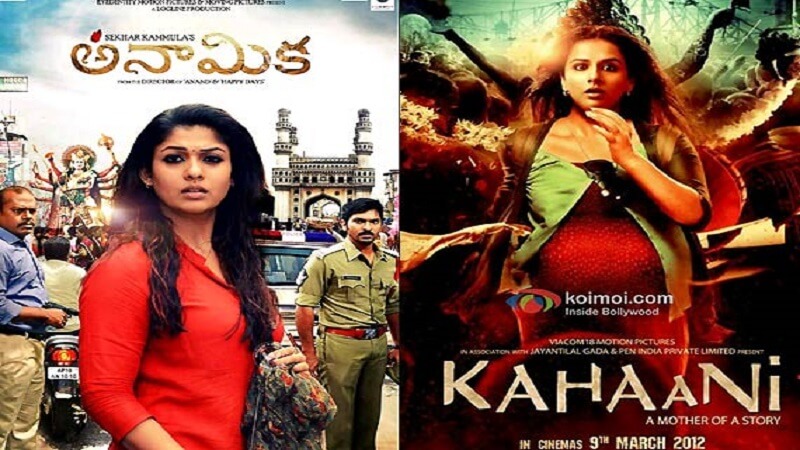 The 2012 thriller starring Vidya Balan in the lead role was a movie of it’s kind. The film that did immensely well and went on to receive various awards had to be remade. The movie made its appearance both on the Tamil and Telegu front. The film retells the story of a pregnant woman in search of her husband with a twist that is sure to make you hold your breath. The same was remade in Tamil and released in 2014.

The movie that was a 1991hit is itself a copy from a Hollywood movie/story. The movie starred Aamir Khan and Pooja Bhatt and relayed the story of a spoilt woman who runs away to marry someone else but falls in love with a journalist on the way. The movie after 9 years was remade in Tamil and released in 2000. 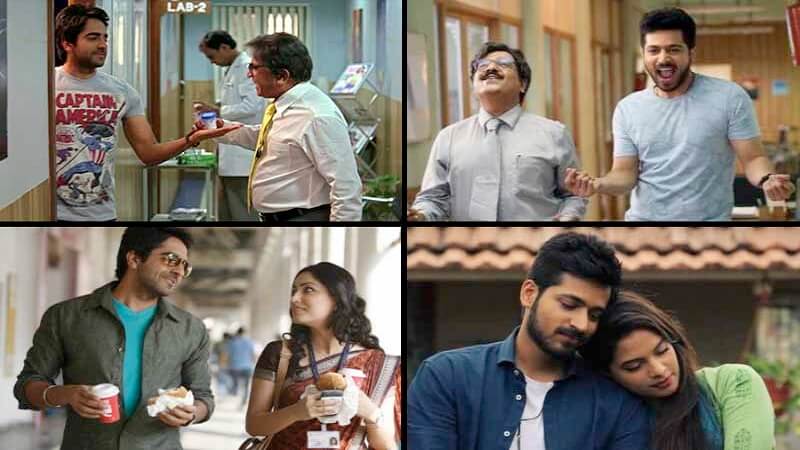 The 2012 Shoojit Sircar not only provided an opportunity to Ayushmann Khurrana to make a name for himself but also was a massive hit, due to its one of a kind story. The film talked about the very hushed topic of infertility and sperm donation and helped shatter a lot of wrong notions. The movie was swiftly remade in Tamil and Telegu and was released in 2020. The Tamil version was also a hit and had Tanya Hope and Harish Kalyan as lead artists.

The 1996 family drama that was Rani Mukherjee’s first film gave us a brilliant actress. The movie was soon remade in Tamil and had Kalyani in the role of Rani. The remake was released in 2006.

The 2016 social movie that focuses on the rights of a woman and the legalities around it was a major hit and even received a National Award for the brilliance in the story. The movie had Taapsee Pannu, Amitabh Bachchan, Kirti Kulhari, Andrea Tariang, Angad Bedi, Tushar Pandey, Piyush Mishra and Dhritiman Chatterjee in lead roles. It was remade in Tamil and had actors like Ajay Kumar, Shraddha Srinath, Abhirami Venkatachalam and Andrea Tariang and many more and was released in 2019. 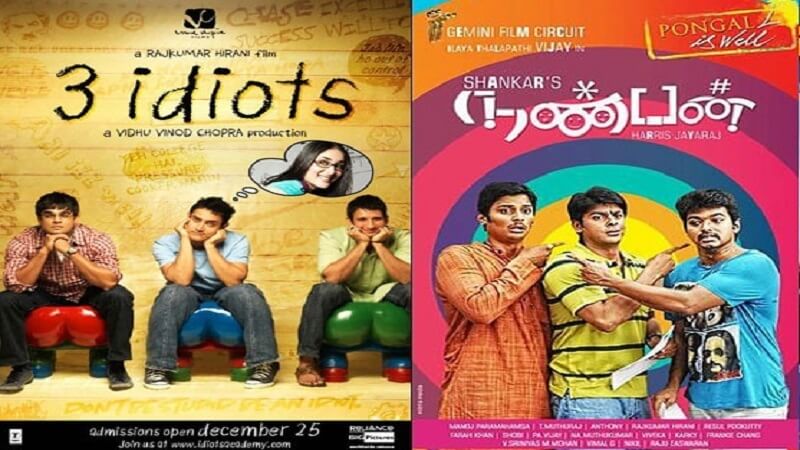 The 2009 starrer that was inspired by the Chetan Bhagat Nobel, Five Point Someone was the biggest hit that Bollywood ever witnessed and shattered all records. The movie bought about a positive outlook towards the education culture and made a positive impact on the audience. The cast was made with R Madhavan, Boman Irani, Kareena Kapoor, Aamir Khan, Sharman Joshi and Omi Vaidya. The movie was then made in Tamil and released in 2012. It had a noticeable cast that was Jiiva, Vijay, Srikanth, Illeana D’ Cruz, Sathyaraj and Sathyan. 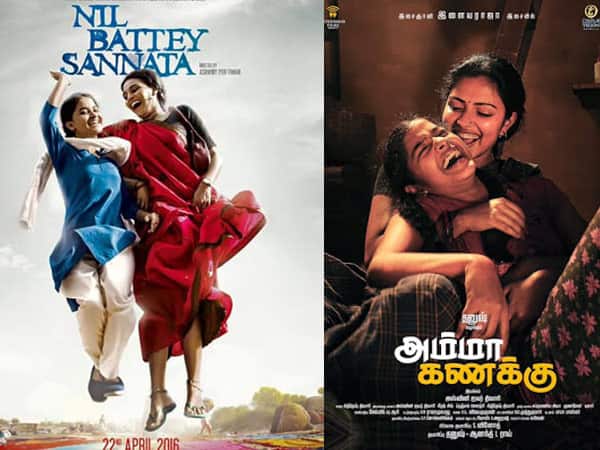 The 2006 movie that had Swara Bhaskar in the lead had a Tamil remake in 2016 with Amala Paul filling Swara’s shoe.