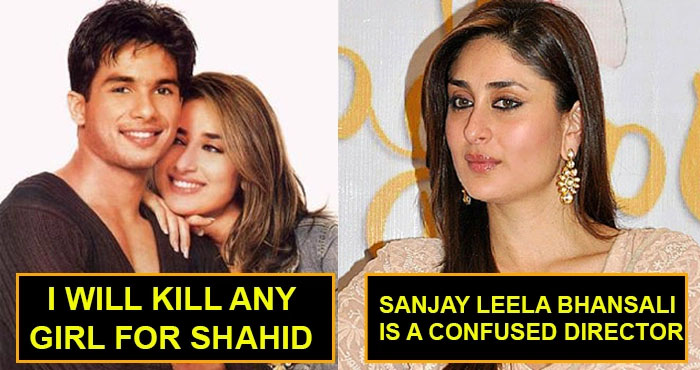 Kareena Kapoor Khan is one of the most loved and popular actresses of Bollywood. She is a combination of both bold and beautiful. Besides her brilliant performances and amazing acting skills, the actress is known for her outspoken and positive persona. She never fails to make headlines with her statements. 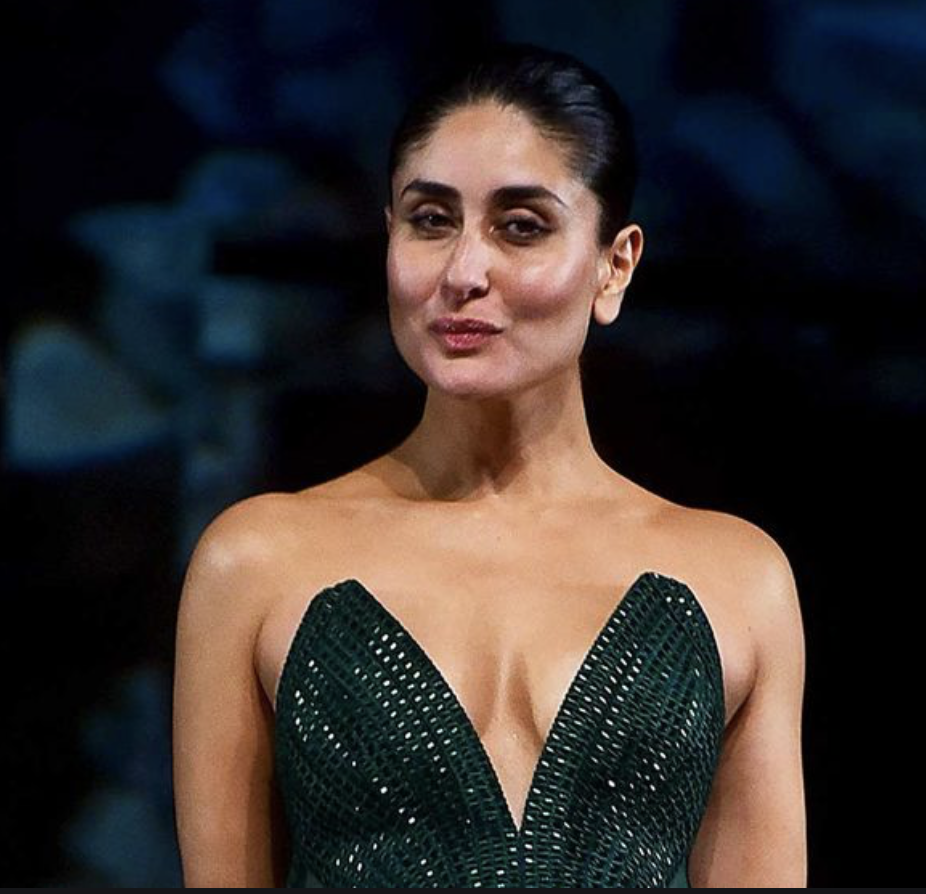 Here, in this article, we bring you some of the controversial statements made by Kareena Kapoor Khan during her career. Have a look:

1. When Kareena was compared to Amisha Patel: 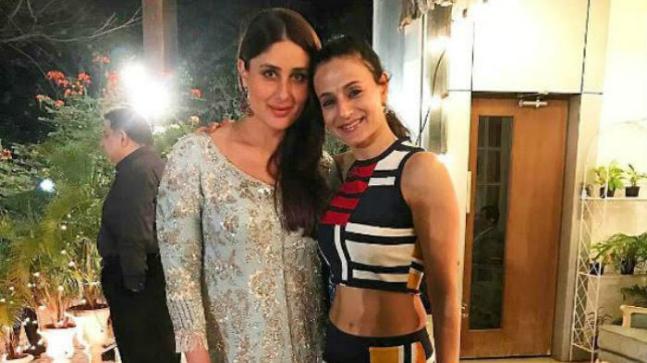 Kareena Kapoor was the first choice for the movie Kaho Na Pyaar Hai, however, she opted out of the movie at the last moment. She later made her debut with the movie Refugee, which turned out to be a super flop, and on the other hand, Kaho Na Pyaar Hai, which featured Amisha Patel and Hrithik Roshan was a blockbuster hit.

Since then, the actress was often compared with Amisha Patel. Responding to the comparisons, Kareena had replied:

“Okay, so I have given only flops. But why am I still being paid more than Amisha? I have the talent. I’m confident. And I know I’ll be remembered always. I don’t want Amisha Patel’s history hits. I don’t want to be mediocre in hit films. I’d rather be brilliant in flop movies.”

2. When she was only working with Hrithik Roshan: 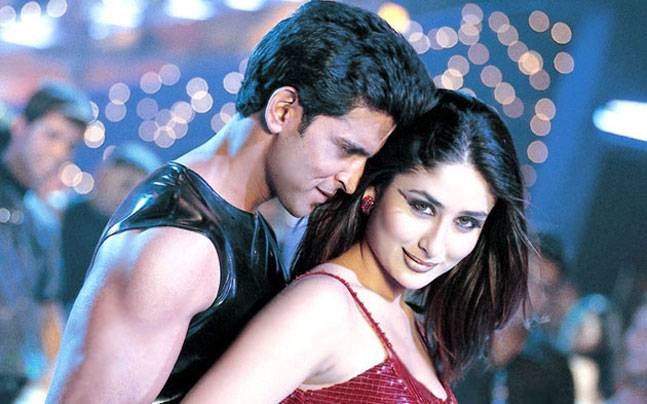 There were rumors that Kareena is in love with Hrithik Roshan and is therefore signing all the movies with him only. Responding to all those rumors, she had said:

“I’m not besotted with married men nor will I have affairs with them. Married men will be detrimental to my career. Ask the producers, directors, distributors why all of them are hell-bent on signing Duggu and me together. Quite obviously because we are a hot pair.”

3. About not getting cast in Devdas: 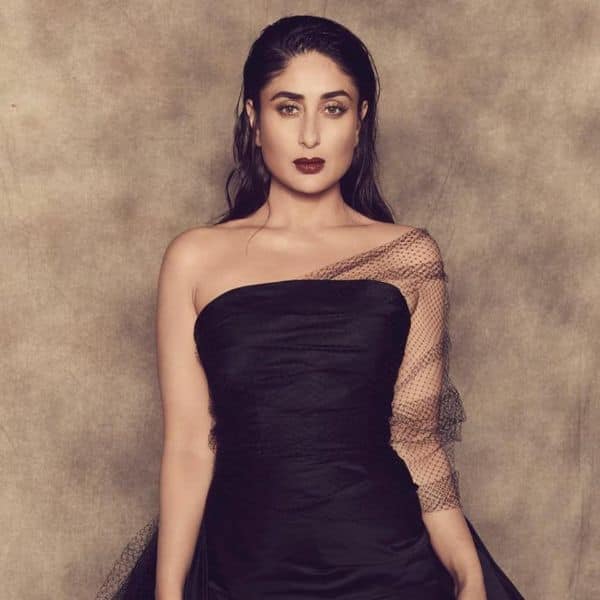 Kareena Kapoor had given the screen test for the movie ‘Devdas’ for the role of Paro. However, Sanjay Leela Bhansali chose Aishwarya Rai for the role. Talking about the same to a Filmfare magazine, Kareena had said:

“Sanjay Bhansali is a confused director. He is a person who does not stand by his word. He doesn’t have any morals and principles in life. Tomorrow, even if he is the next Raj Kapoor or Guru Dutt, and my films don’t do well and if I’m a flop actress, I will still not ever work with him.”

4. About her equation with Abhishek Bachchan: 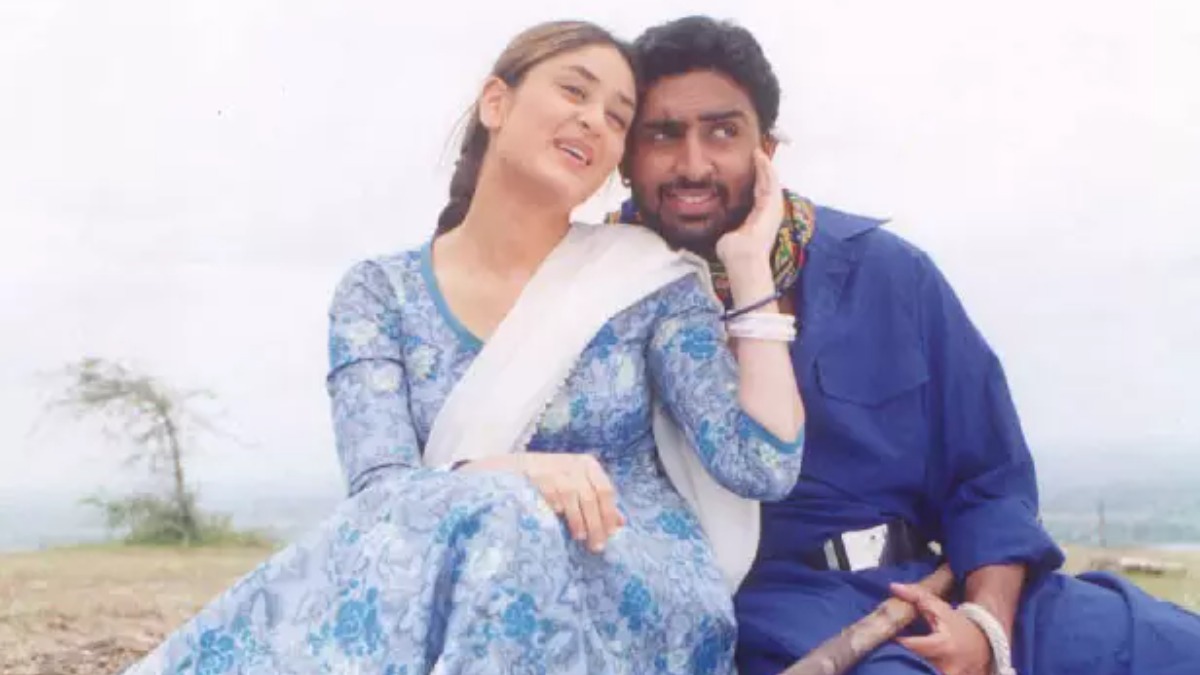 Kareena Kapoor’s equation with the Bachchan family turned bitter after the breakup of Abhishek Bachchan and Karishma Kapoor. However, later in an interview, Kareena said:

“In my life, there’s still room for Abhishek Bachchan, I just wish there is a little bit of room still left in his heart for me.”

5. When she wanted to marry Shahid Kapoor:

Kareena Kapoor’s relationship with Shahid Kapoor was one of the most talked-about affairs of her life. She was once pretty sure about marrying him. She had said:

“I’ll most definitely marry Shahid. I’m not the kind to jump from one relationship to another. For me, love is for keeps.”

6. When she was being possessive of Shahid: 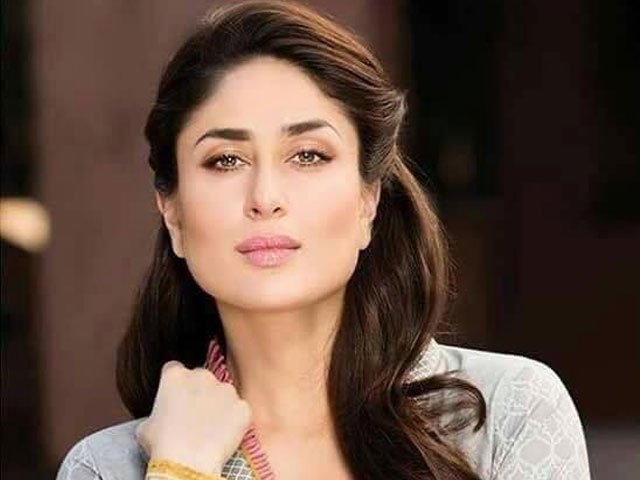 Kareena was very possessive about her relationship with Shahid Kapoor. She had once made a very bold statement while expressing her love for the actor. She had said:

“I do not mind being put behind the bars for killing any woman who dared have an eye on Shahid.”

Kareena is very choosy when it comes to movies. She has rejected many movies, which later turned out to be box-office hits including Queen, Ram Leela, Black, Kal Ho Na Ho. When asked about rejecting all these movies, she had said:

“I feel honored and glad to give work to other people. I hope they (actresses) become stars as I have rejected big films.”

8. On winning the national award: 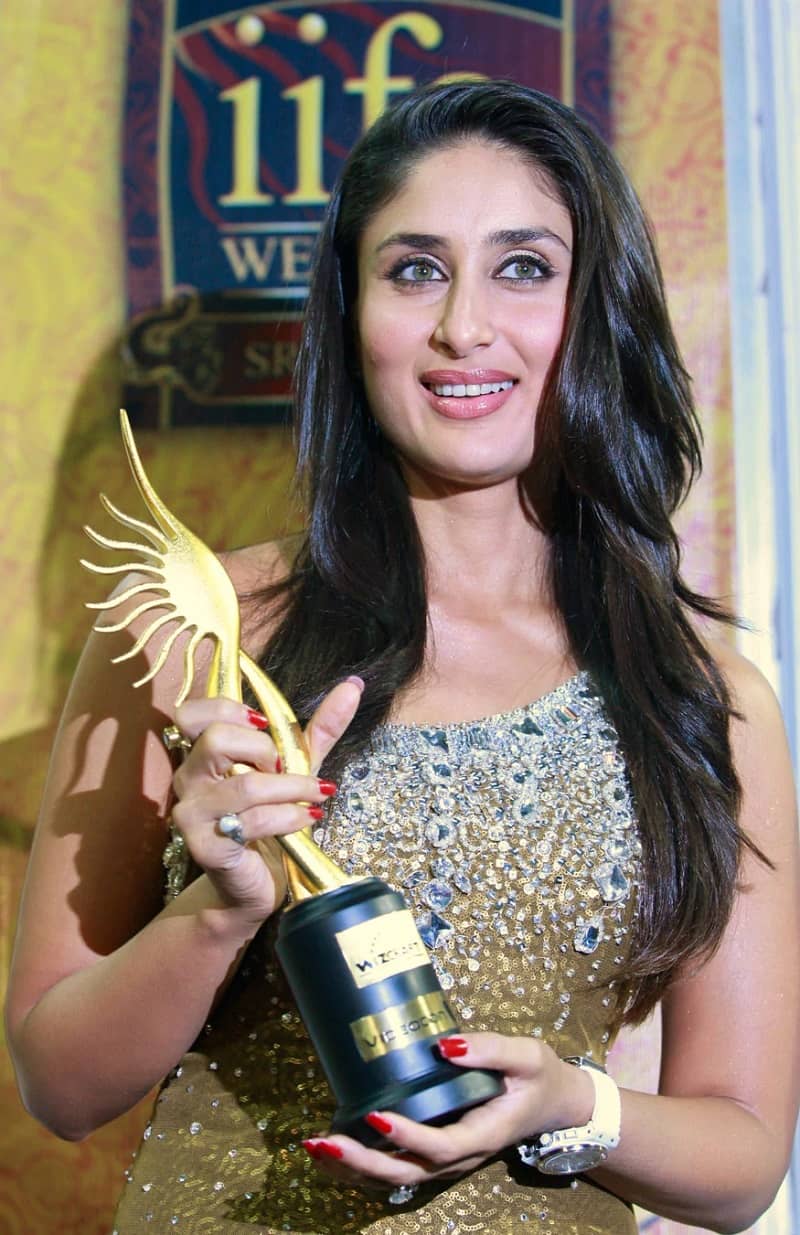 When asked about her views on winning the national award, she had said: “I don’t want the national award… I seriously do not need any such thing. I would only want the audience to go and watch the film once and that will be more than enough for me. Once everybody should see the movie and say it is a good watch.” 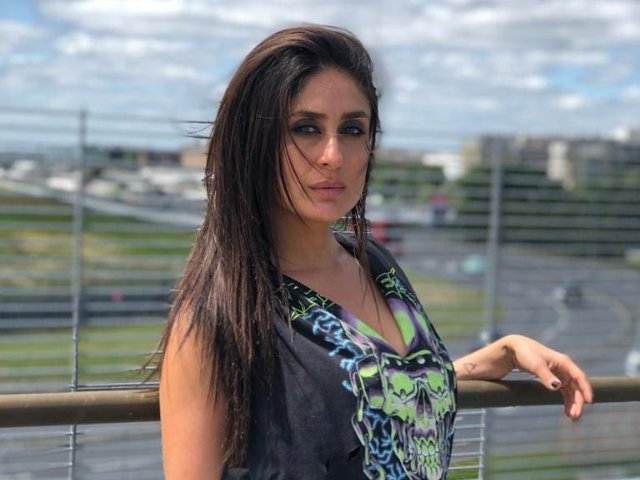 Talking about the rat race in Bollywood for the 100-crore club. She had said:

“Please keep me at number 100, as I don’t want to be part of this number game, but yes, I know I deserve what I have got, and I have really worked hard for it. Today, I am proud to say that I was competing with myself to up those numbers.”

10. When asked about Salman Khan:

Kareena was asked about Salman Khan, she had said: “I’m not at all a Salman fan. I don’t like him; he’s a very bad actor. I tell him that he hams all the time.” 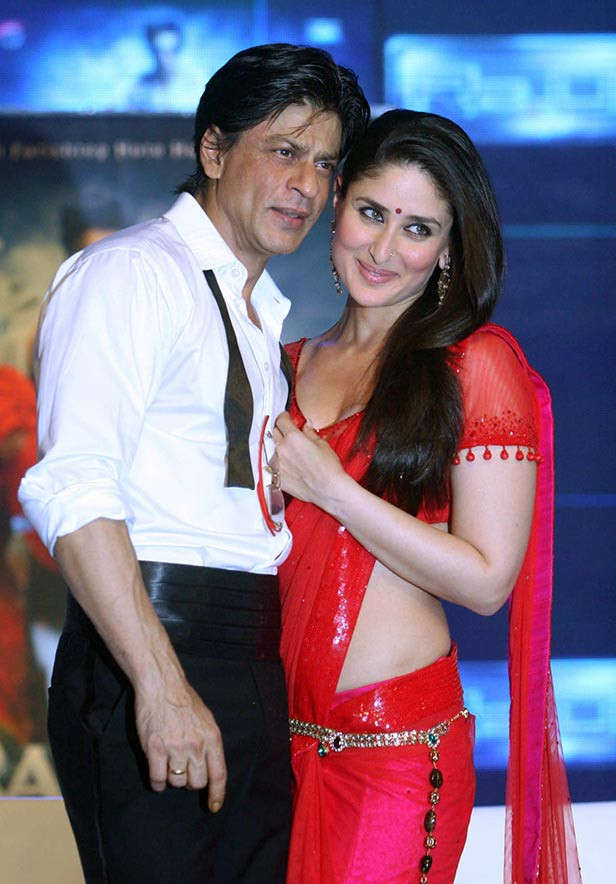 Kareena was also once asked about the King Khan of Bollywood, she had said: “I’m totally in love with him. Don’t even ask me about him because if I start, I won’t stop talking about him for hours. Amitabh Bachchan and Shah Rukh are the only two actors I admire. There is something about Shah Rukh that is amazing. He has that very boy next door appeal which makes every girl want to take him home to her parents. His performances touch me.”

12.  When Kareena took a dig at Fashion movie: 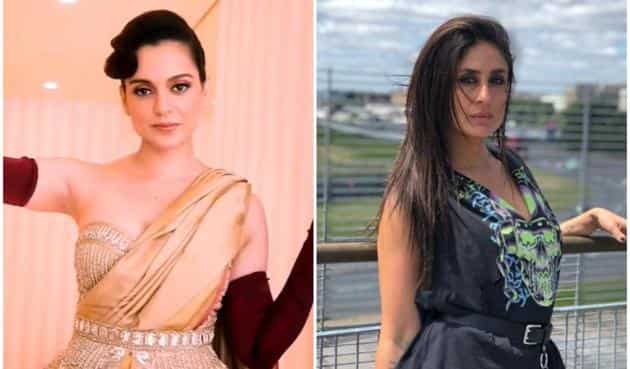 While praising her movie Heroine, Kareena had taken a dig at Priyanka starer Fashion. She had said: “Heroine is far bigger and better than Fashion.” 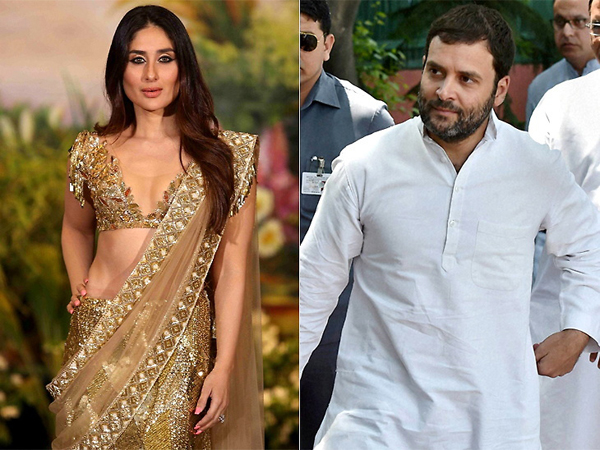 Kareena had once said that she wanted to date Rahul Gandhi. Later, she cleared the air by saying: “That was a long time back. I said that because we both have famous surnames. I would love to host him someday and see him as our PM but definitely I do not want to date him.” 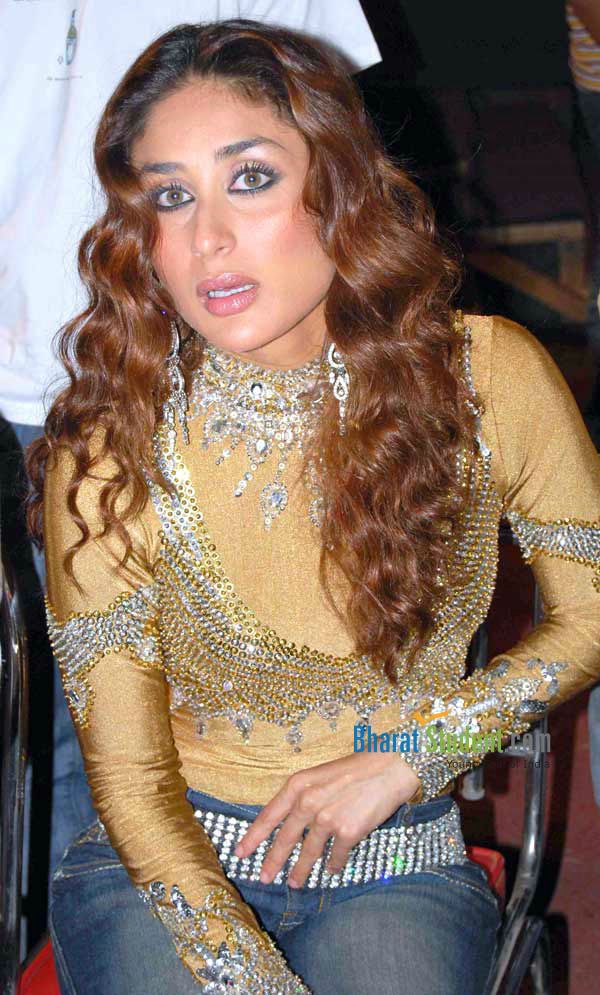 When Kareena was asked about her views on cheating in a relationship, she had said: “Men are gutless, they cheat on their women. But it’s more frustrating when they don’t own up to the woman they love. If I found out that my man’s unfaithful, there’d be no tears, no shor-sharaba, I’d just slaughter him.” 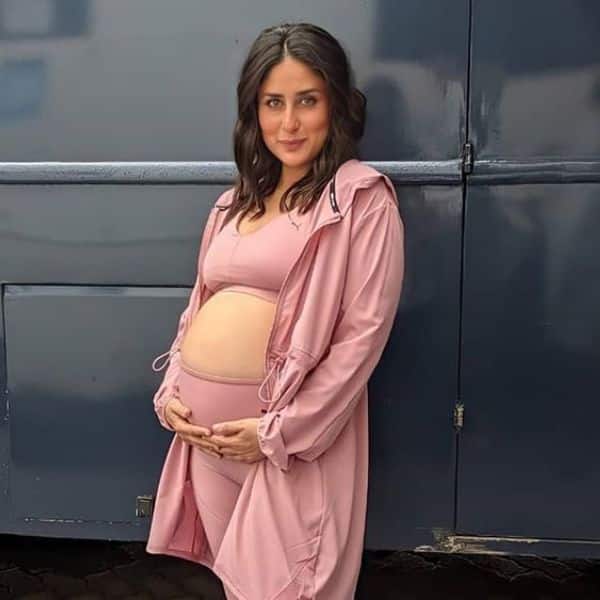 Kareena was being typical ‘Bebo’ when she said that she is at a very secure place. She had said:

“Frankly, I have no interest in what other people are doing. I have worked very hard to be where I am. I am very ambitious but I am not competitive anymore. I would never call up a producer and say ‘Please take me in your film’. I never did that even before, so why now? You know what, I am very secure today.” 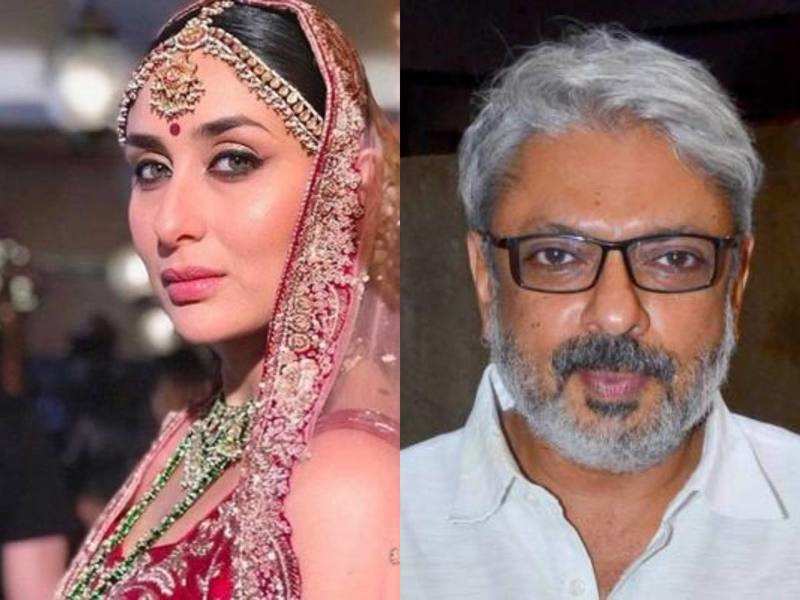 Apparently Kareena Kapoor had given a screen test for the film ‘Devdas’ for the role of Paro. But the director Sanjay Leela Bhansali took Aishwarya Rai instead of Kareena. Kareena told a Filmfare magazine later, “Sanjay Bhansali is a confused director. He is a person who does not stand by his word. He doesn’t have any morals and principles in life. Tomorrow, even if he is the next Raj Kapoor or Guru Dutt, and my films don’t do well and if I’m a flop actress, I will still not ever work with him.”