Kamaal R Khan is one of the most highly ‘non wanted’ public figure in the Bollywood industry. Recently, he has locked horns with the most stunning Sidharth Malhotra. Both Sidharth Malhotra and the gorgeous Alia Bhatt released the cover of the latest edition of Vogue on 26th February. The cover reveals both the actors in their tempting beach wear looks. 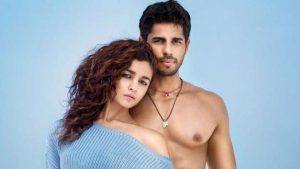 Upon seeing that, Kamaal R Khan could not stop himself from jotting down a derogatory remark on the picture. He called Alia Bhatt a “bacchi.”

Utterly upset by this remark, Sidharth Malhotra took over the decision to give him a fitting reply. He tweeted:

“Sir! We also try very hard to tell you to shut up but you keep tweeting ! @kamaalrkhan.”

Triggered by Sidharth’s effort to defend Alia, KKR shot back by replying:

“Sir Ji @S1dharthM 130Cr ppl of India also try very hard to tell you to stop acting but you keep doing films to harass them (sic).”

Sidharth further slammed him by writing:

“I think you need English reading classes sir!, as u didn’t read and understand my previous tweet!”

KKR is know for his high command insulting comments when he himself is not a minimal part of the industry. His presence is surrounded in the thought that he is a ‘Bollywood critic’. 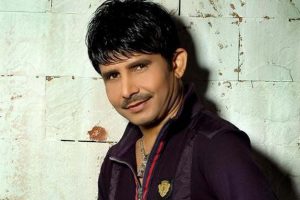 However, in reality he is nowhere to be found having association with the industry. In fact, KKR just knows how to toll down on someone with negativity and utter shame. This is perhaps why he pot shots at several Bollywood stars, which includes Sonakshi Sinha, Karan Johar, Kapil Sharma and Ram Gopal Verma.

Sir Ji @S1dharthM 130Cr ppl of India also try very hard to tell you to stop acting but you keep doing films to harass them.

I think u need English reading classes sir! ,as u didn't read and understand my previous tweet ! https://t.co/62YyVXuZGu

HAHAHAHAHA! Ok I will come to learn from you soon because you @S1dharthM are educated from Delhi idea institute.