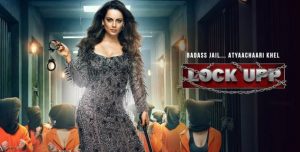 Lock Upp – a reality show by Ekta Kapoor has mesmerized the audiences through its content. And Kangana Ranaut being the host of the show has pulled more audience to the one-of-a-kind reality show. The show restrains the celebrities inside the prison for 72 days and the elimination will be on public and guest’s votes. There are some intrigued contestants along with some controversial contestants who stay in jail and will be released at the will of the audience and the host. But today, we are going to have a peek at how much the contestants cum celebrities are paid per week to stay behind the bars.

Munawar Faruqui – the stand-up comedian, is on the news for over a year now. He came into the news after a few politicians targeted him for hurting religious emotions. Munawar gets Rs 3 – 3.5 lakhs per week to stay in the prison.

Anjali Arora – the social media influencer and model became famous after her video on the popular song “Kacha Badam” went viral on Instagram. Rs 3-4 lakhs per week is given to her to stay in lock up.

Payal Rohatgi – an avid social media user and actress who has been quite vocal about all the things. She has also been a part of a few controversies and she gets Rs 3 lakhs per week to stay inside.

Sara Khan – an actress who was the first contestant to get married in the house of the reality show – Bigg Boss. She is back in this show and she receives Rs 2.5-3 lakhs per week.

Poonam Pandey – a famous actress known for many controversial reasons, recently made the headlines again after lodging a complaint against her husband for harassment. To remain inside the jail, she gets Rs 3 lakhs per week.

Babita Phogat – a gold-medallist wrestler who has no controversial background receives Rs 3 lakhs per week in this show. 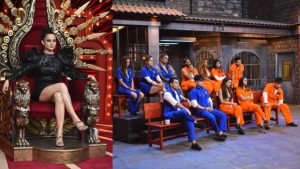 Karanvir Bohra – the television star was never into these kinds of reality shows but he gave a surprise to the audience when he agreed to get into this show. He gets around Rs 2 lakhs per week.

Shivam Sharma – former Splitsvilla contestant has gathered the limelight for his rowdy attitude and he receives Rs 2 lakhs per week to stay inside the lockup.

Siddharth Sharma – not so well-known celebrity receives Rs 2-2.5 lakhs per week in this show. He was seen in a few youth-based reality shows before Lock Upp.

Swami Chakrapani – the first contestant to get eliminated from the show, for the week-long stay received Rs. 1- 1.25 lakhs per week.

Tehseen Poonawalla – One of the contestants of Bigg Boss 13 who failed to impress the audience at that time, is now getting to speak his mind in this show and gets Rs 1.25 – 1.5 lakhs per week.

Saisha Shinde  – a celebrity fashion designer made headlines when he transformed into a trans-woman and she also said that she would go through the surgery of gender reassignment. She receives Rs 1 lakh per week to stay behind the bars.