The gorgeous Kiara Advani recently became the subject of critisism and online scrutiny after one of her controversial picture flooded over Instagram. Many of the users noticed the picture and alleged Kiara to undergo a plastic surgery. As these speculations were largely flooded all over the internet, the actress got to hear about it.

Getting a smell of the whole situation, she decided to clarify everyone’s doubt with a story. Kiara took to her Instagram account in order to reply everyone who was in doubt. 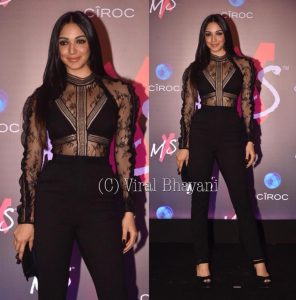 Kiara had recently appeared for the launch of MXS, a brand owned by Monisha Jaisingh and Shweta Bachchan Nanda. Her photo from the event went viral; while some netizens wrote that her ‘cheek job is not on point’, other exclaimed that the actress was looking ‘awful’ and ‘terrible’.

In response to all the online speculations, Kiara came up with a befitting response. She proudly stated that the reason for the conjectured cheeks is the access biriyani that she had the night before.

Highlighting her inflated cheeks, she wrote in her story:

“Wow just reading these comments!! Calm down peeps don’t jump to conclusions. You might not fancy the cheeks but it was no doctor just some yummy biryani from the night before.” 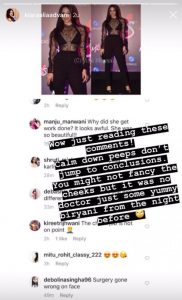