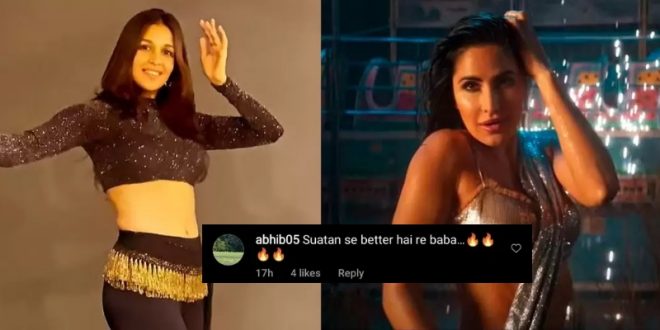 Bollywood actress Katrina Kaif recently took the nation by storm with her sexy moves in the ‘Tip Tip Barsa Pani 2.0’ song from Sooryavanshi. While the song didn’t go down well with the fans of the original version of the song, featuring ravishing Raveena Tandon but Katrina managed to sizzle her way into the hearts of her fans.

Now there’s a separate piece of news related to this song. Vicky Kaushal’s ex-girlfriend Harleen Sethi, recently, posted a video of herself on Instagram, where she can be seen belly dancing to the new version of ‘Tip Tip Barsa Pani 2.0’.

Sharing the video, Harleen revealed how she learned the routine in a day. She wrote:

“Everythin that challenges me makes me feel alive!! (sic) 4 hours of rehearsal+ a totally new form of dance(Belly Dancing is tough & very technical 😢)+ new teacher @sanjanamuthreja who took up this fight to train & teach me this routine in a day= Tip Tip Barsa Paani 🔥
P.S: Inspired by bin mausam barsaat in Mumbai”

The post has been going viral on the internet, because of Harleen’s moves in the song and partially because of Harleen’s choice of the song here. Though it could be purely coincidental that she chose this song, but the netizens are having a gala time comparing Harleen to Katrina and the comments are buzzing with the mentions of Vicky due to this.

One social media user said, “Better than Katrina Kaif but not Raveena.”, the other wrote: “Suatan se better hai re baba”.

Here, check out how netizens reacted to the video: 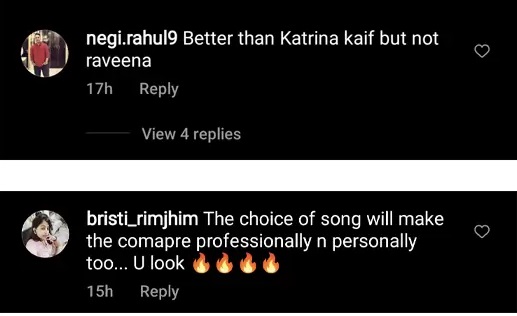 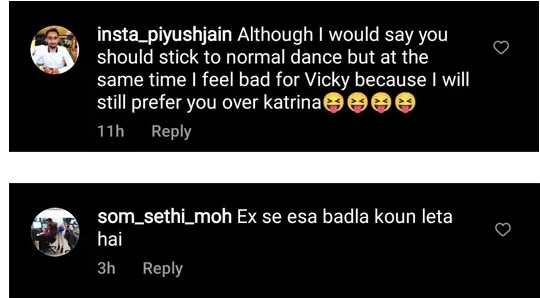 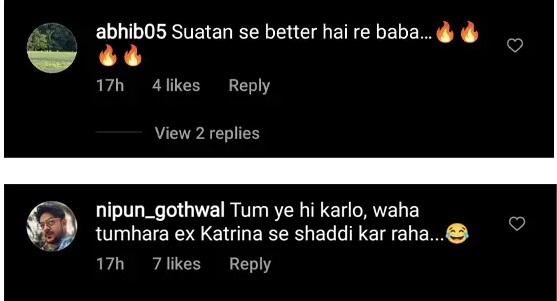