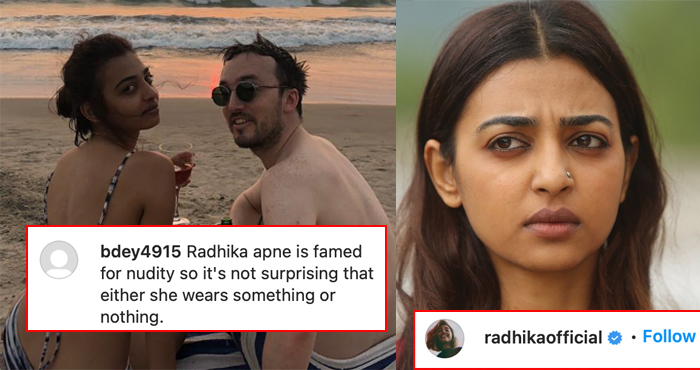 India and its people love to be nosy when things come down to the lives of Bollywood celebrities. What they do, when they do and with whom they are become the biggest question for the common mass. 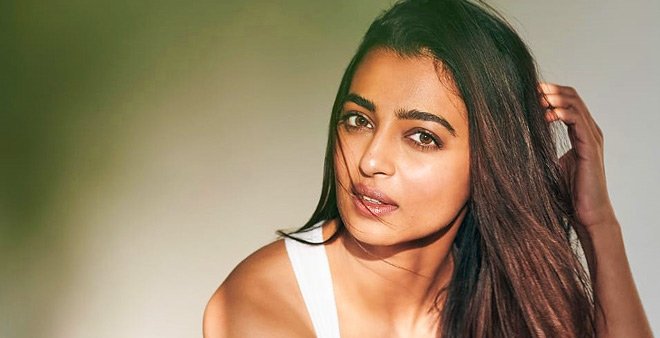 Recently, the gorgeous Radhika Apte was a target of the ‘moral-policing’ when she posted a photo of herself in a bikini. She posted the picture through her official Instagram handle. In the photo, she was snapped in a sizzling bikini with one of her friend in a beautiful beach.

As soon as the picture was posted, a huge number of responses flooded it. Most of the comments were positive and constructive as her fans loved the way Radhika pulled up a bikini where she looked smoking hot. 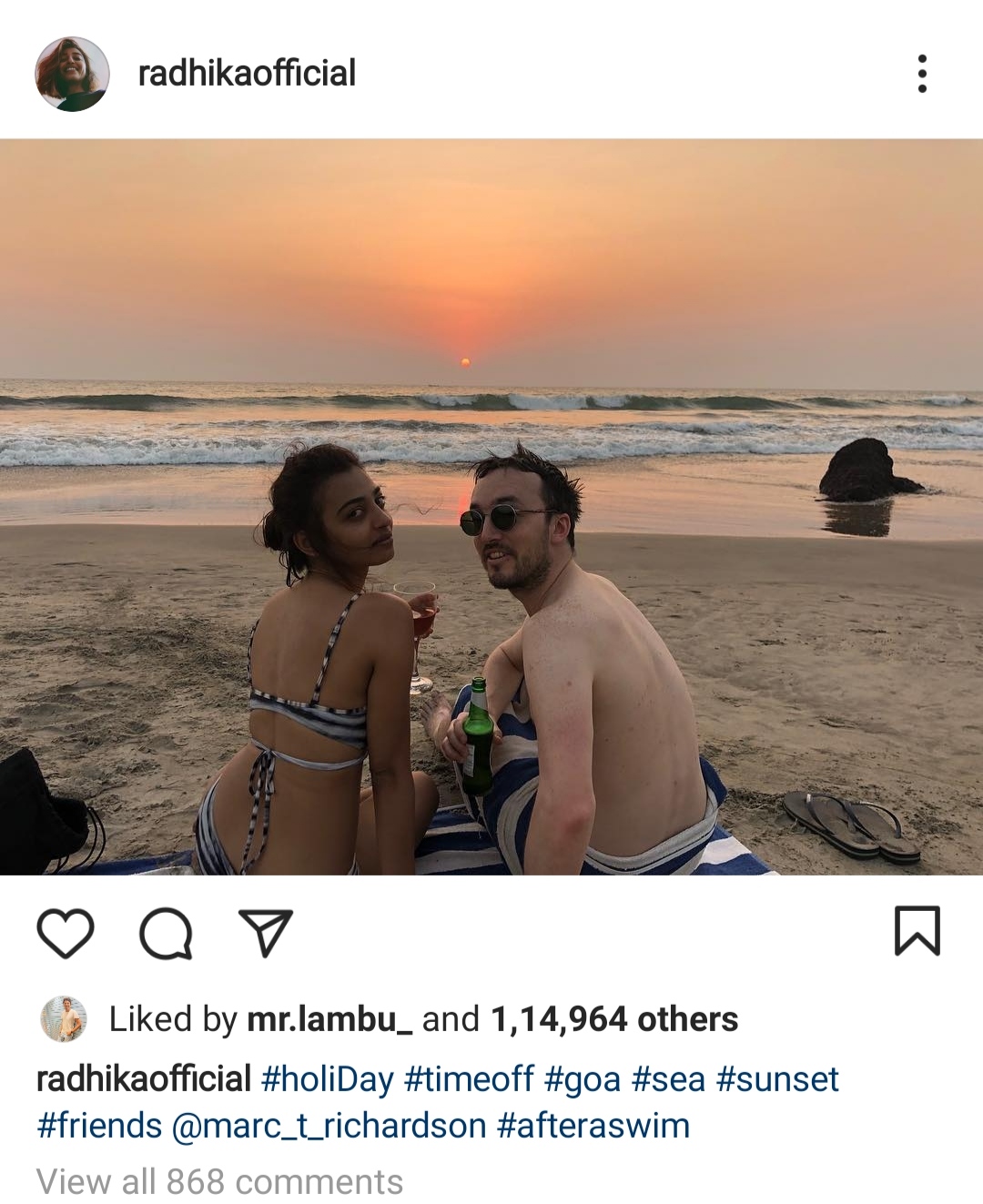 However, apart from the appreciation, Radhika was also trolled by many for wearing such a revealing outfit. Many also went on to body shame her by calling her:

Noticing the foul comments on her post, Radhika Apte decided to come up with a fitting response to all the trolls. Addressing the negativity, she wrote:

“I didn’t even know I was being trolled till someone told me. It’s ridiculous! Do people expect me to wear a sari on a beach?” 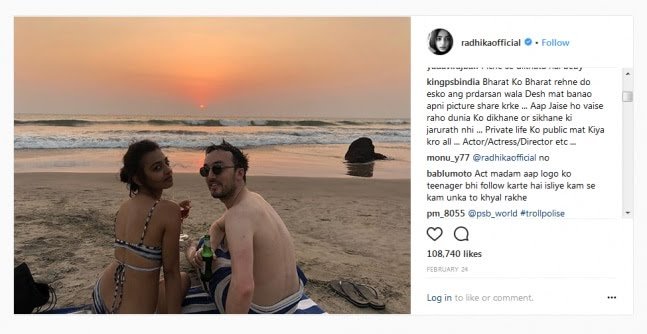 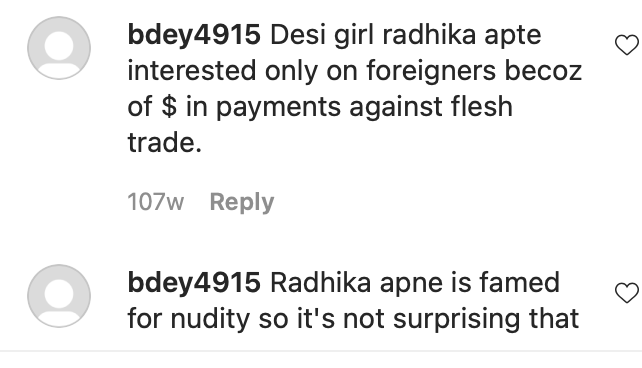 Later, in an interview, she was asked about ways to encounter trolls. Responding to it, she said:

Radhika Apte joins the league of actresses like Priyanka Chopra, Deepika Padukone, Sonam Kapoor, Taapsee Pannu, Fatima Sana Shaikh amongst others who have previously been shamed for wearing the attire of their choice.