Tridha Choudhary, the young and gorgeous actor, who has won the hearts of one and all with her innocence in the television show Dalheez, has been doing some amazing work. The actress has been receiving praises from all corners for her role in the web-series Aashram, where she was seen alongside Bobby Deol.

Recently, the actress talked about many things, including her intimate scenes in the web-series Aashram featuring Tridha Choudhary and Bobby Deol, which has become the talk of the town. The actress revealed that the way scenes are shown on the big screens are different than how they are shot.

The actress revealed that she shot those scenes with the help of a pillow and there were a lot of people present during the shoot. Tridha also praised Bobby Deol for making her feel comfortable during the shoot and this is why she wasn’t nervous at all.

In another interview, Tridha talked about how has her journey been so far, from a television show to an OTT series. She revealed:

“Not many people have achieved to this point in such a short span of time. I am very grateful for that. I would say that the actresses of my age group are getting good work due to OTT platform. Also now be it TV, cinema or OTT, overall media has become one and that has worked in my favour in a big way.”

When asked about her struggle, she revealed: “Honestly everyday is a struggle; everyday is a win and loss. While struggling one thing is most important and that is being patient. As you are growing everyday in life you are coming across different types of people, and you shouldn’t get carried away by them You should be very careful in choosing what’s good and bad for you, you shouldn’t be trapped in doing anything, it’s vey important to make yourself a brand apart from being an actor.” 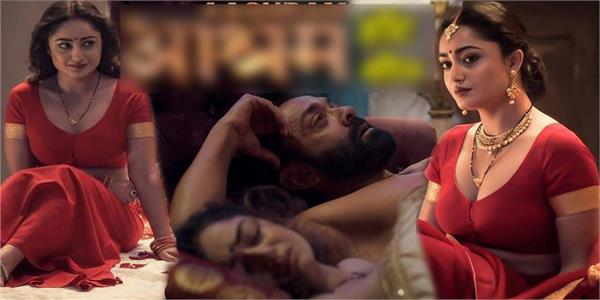 Though Tridha has been doing some amazing work, lately, but she still feels that it was her first show Dahleez that gave her the much-needed fame. She revealed: