People normally expect a flower to be aromatic, isn’t it? But these days a rare one is making news for all the weirdly ‘sniffy’ reasons. The flower named ‘Titan Arum’ is grabbing everyone’s attention instead of avoiding it, the bloom is attracting people in thousands of numbers. according to recent reports, Thousands of people have rushed to the Adelaide Botanic Gardens in Australia to witness this smelly ‘beauty’. One thing that is unusual about this flower is that it blooms for about 48 hours every couple of years.

The ‘Amorphophallus titanium grows from a seed in 10 years and produces a foul odor at the height of its bloom.

As reported by Daily Mail, it only blooms once every three to five years after that.

What’s so special about this flower and why people are gathering to smell it? 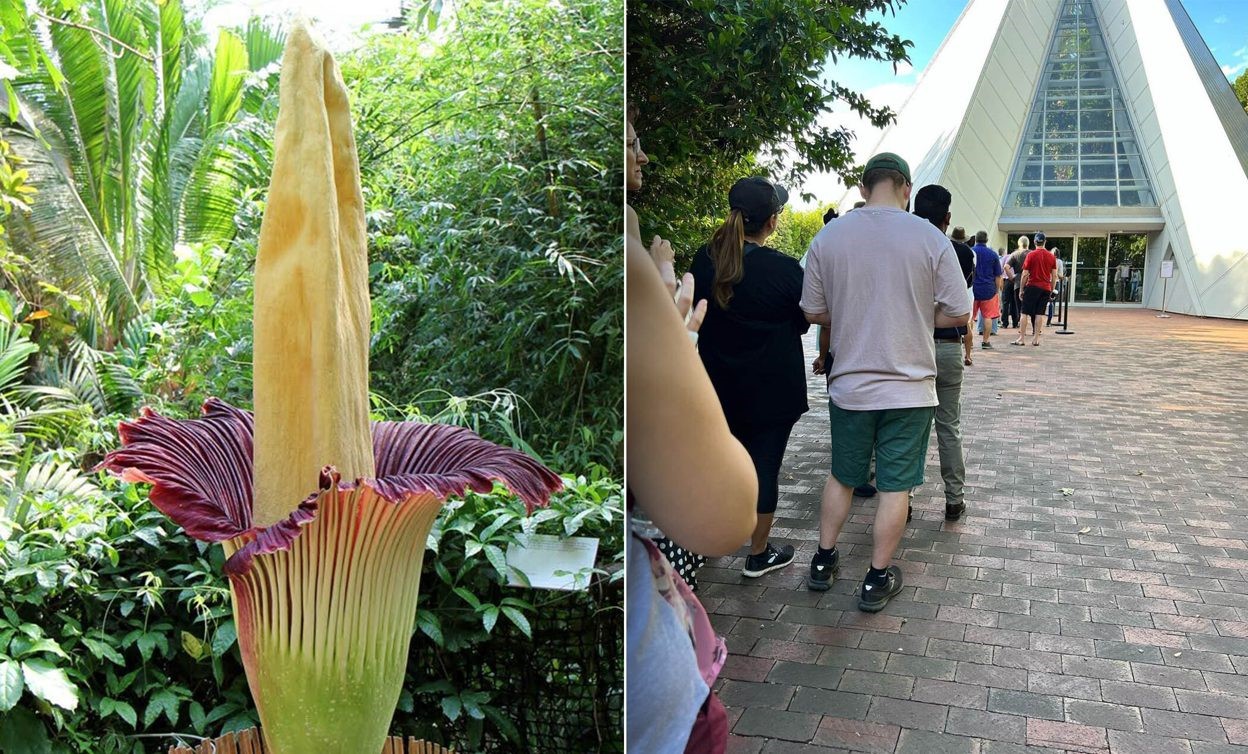 You will be surprised to know that it emits a stench that’s similar to that of rotting flesh and strong blue cheese. People claim it smelled like a dead rat in some cases.

“Other than the fragrance, the plant is absolutely stunning. It smells for just two days. Basically, it will look its finest between 24 and 48 hours.” Matt Coulter, the gardens’ horticultural curator”

Taking a step towards safeguarding rare and endangered species, the Adelaide Botanic Gardens has produced several corpse flowers, some of which flowered in 2016 and 2017.

Moreover, the International Union for Conservation of Nature has designated this flower, which is indigenous to the rainforests of Western Sumatra, Indonesia, as endangered (IUCN)