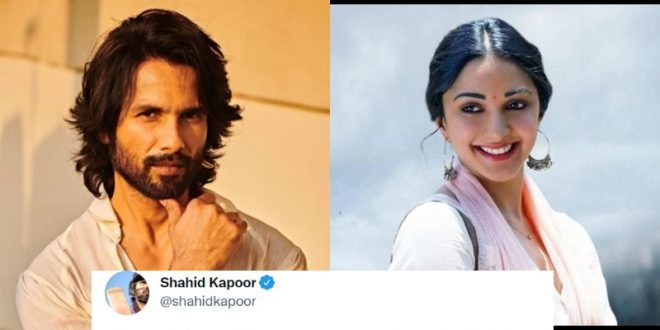 Shahid Kapoor has been making headlines and is ruling the trend charts, ever since the trailer of his upcoming movie ‘Jersey’ was released. The movie starring Shahid Kapoor, Pankaj Kapur, and Mrunal Thakur in lead roles, is all set to be released next month but the trailer has already kept everyone hooked.

Social media has been buzzing with reactions from fans from all corners for the last 24 hours. From celebrities to fans, everyone is applauding the work done by the actors, the glimpse of which was reflected in the trailer of the movie. Among many, Shahid Kapoor’s co-star from ‘Kabir Singh’, Kiara Advani also took to her social media and backed Shahid for his upcoming movie. Well, Kiara took to her Instagram story and shared the trailer featuring Shahid Kapoor and Mrunal Thakur. Along with the trailer, Mrunal penned a sweet note for her former Kabir Singh co-star. She also expressed how his fans missed him on the big screen. She wrote:

“The screen has missed you SK! Looking forward to Jersey! I know how special this film is to you. @Mrunalthakur You are just so lovely on-screen. Love and best wishes to the entire team.”

The sweet note from Kiara Advani left the Jersey actor in awe of the actress. He was quick to come up with a reply. Sharing the screengrab of Kiara’s story, Shahid wrote “Till we meet again Preeti ji.”

Here, have a look: 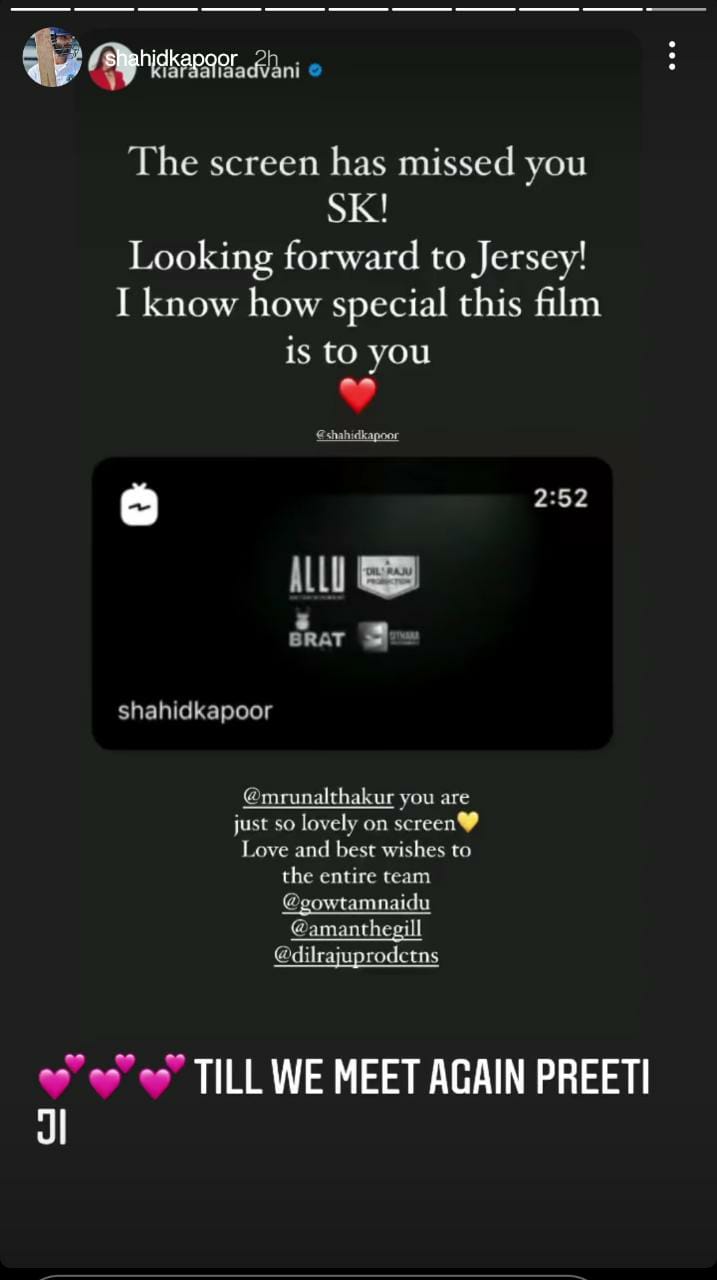 Talking about the trailer of Jersey, it showcased Shahid’s journey of a comeback on-field as a cricketer for his son. The movie is directed by Gowtam Tinnanuri and backed by Aman Gill and Allu Aravind Productions. The movie is all set to hit the theatres on December 31st, 2021.