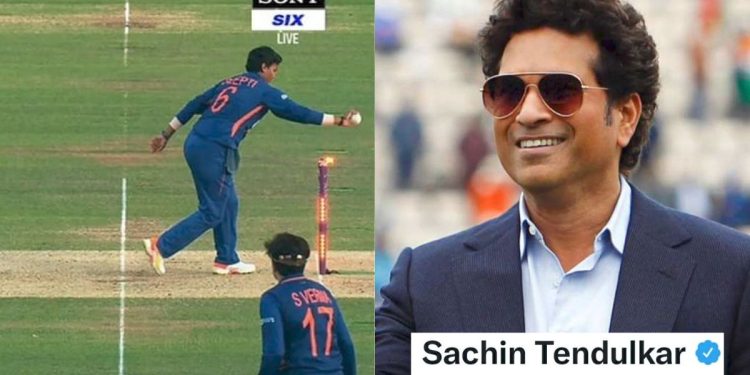 As we all know, The Indian women’s cricket team defeated England at Lord’s and made every Indian proud recently. But there are a few incidents that took place during the matches and became the talk of the town in an instant.

And one such incident is Deepti Sharma’s run-out of Charlie Dean at the non-striker end of the pitch which became the highlight of the whole conversation and game. Twitter and other social media platforms were flooded with memes and reactions. While Indian fans were having fun and sharing memes on Twitter, English fans and commentators found the incident wrong and upsetting. 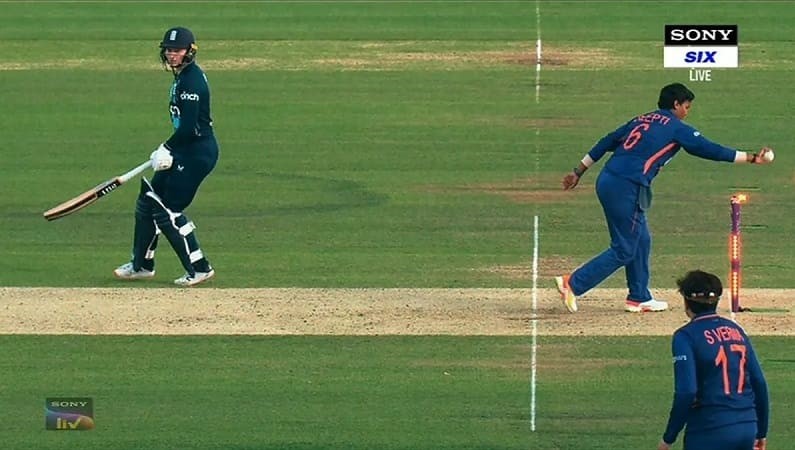 What happened was, Deepti Sharma, stepped on to bowl to Freya Davies at number eleven in the 44th over of England’s batting. Charlie Dean, who was at the non-striker’s end, left the crease hurriedly to steal a few yards by straying outside the striker’s non-end. After noticing this, Deepti spun around to run her out in her delivery stride, giving India a 16-run and a 3-0 series victory.

Well, the run-out from the non-end striker’s rule is legal according to the rules of cricket. However, Deepti’s run-out of Charlie instantly received hisses from the audience at Lord’s Cricket Ground.

In case you don’t know, as per recent rule revisions by the International Cricket Council (ICC) there is a proper rule regarding run out at the non-striker’s end, but there is still a dispute in the cricket fraternity.

Moreover, following Deepti Sharma’s act, several former and present cricketers voiced their dissatisfaction on social media and criticized the dismissal for being against the spirit of the game.

Recently, one of the biggest cricketers of all time who is also addressed as the God Of Cricket reacted to the incident. Yes, we are talking about Sachin Tendulkar. Sachin has provided a fitting answer to those who are still questioning the dismissal’s “sportsmanship” component. In the latest interview, talking about the dismissal and saying it is a legal regulation according to the ICC and that it is pointless to criticize someone’s “spirit of the game” when they are following the rules. He said,

He was asked if he would run out a hitter for backing up too far, Tendulkar said that the batter deserved to be dismissed according to the ICC regulations. He further added,

“It’s a rule now. If a player is short of the crease or doesn’t make the crease, then the batter is given out, right? Just like he misses a ball that’s heading toward stumps and in line of the stumps, he is given out lbw. So the ICC has introduced the rule that if you are out of the crease (before the ball is bowled), then you are run out.”

Later he was also asked if the Deepti Sharma incident had gotten out of hand, Sachin Tendulkar supported the Indian spinner, saying,

“She was playing to what the laws of the game are.”

Deepti Sharma has had astonishing Women’s Asia Cup T20 tournament, and she led India to victory as the team with the most wickets taken.

Moreover, she actually surpassed the previous mark for most wickets in a single tournament edition.

Surprisingly, the Deepti Sharma incident is still talked about among cricket fans, analysts, and ex-players even though it was completely legal according to the rules.