by Rohit Ganguly
in Trending
0

As the entertainment industry has recently been struck by a few raging controversies, Rajat Sharma and Arnab Goswami have added a tinge of an old-forged rivalry to the brewing debates.

This tweet that was still to be mapped came amidst a leaked Whatsapp chat between Dasgupta and Goswami that led to this mammoth controversy.

Goswami’s heated message to Dasgupta was about apprising him of the appointment of Saurav Ganguly as the BCCI president. He wrote, “This really puts Rajat in his place. Gigantic snub. has zero clout and now faces inquiry got corruption in DDCA (Delhi District and Cricket Association). No need to be worried about him and his sub-standard channel.”

When Dasgupta reminded Goswami that Sharma was still on the ‘IBF Board’, the Republic TV founder cited, “Come on. There are many others there. Fact is he has no clout and you should not let his perceived clout effect because that’s gone.” 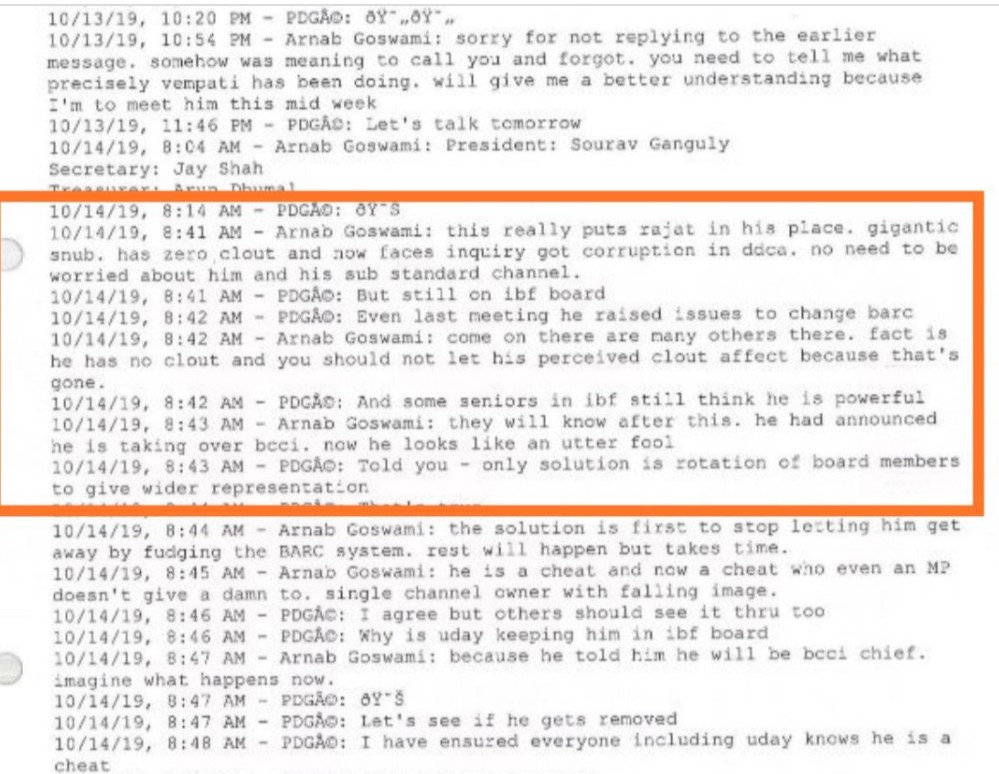 Goswami also went on to say that other board members of the IBF (Indian Broadcasting Foundation) will shortly be realizing that Sharma has become extraneous. He quoted, “They will know after this. He had announced he’s taking over the BCCI. Now he looks like an utter fool.”

Despite being in the support of the same government, the two have been previously found to be at loggerheads with each other. In fact, such was the venom of Arnab’s philippic against Rajat Sharma, he also challenged the former to invite him to his TV show and go for a one-on-one face-off against each other.