Late actor Sushant Singh Rajput’s acting career reached new heights when he portrayed the character of Mahendra Singh Dhoni’s role in his biopic titled, “MS Dhoni: The Untold Story.”  He didn’t only act in that film, he lived that character with every ounce of his heart and soul.

The way he depicted that character by incorporating even small details be it the former captain’s batting style or his walk from the dressing room to the field, the flabbergasting actor indeed made everyone his fan. 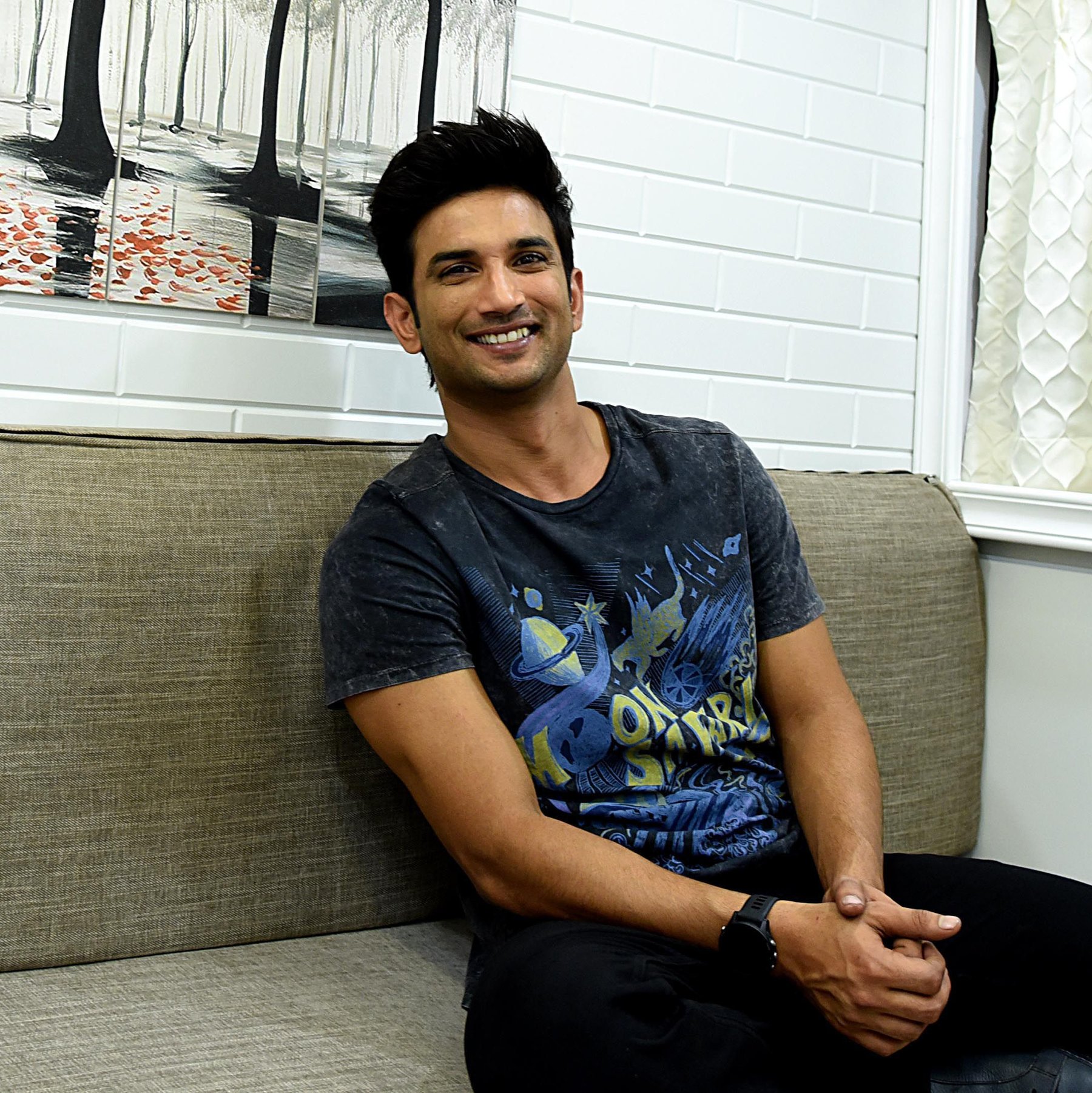 Sushant gained enormous fame, recognition, and acclamation for his totally identical replication of MSD’s helicopter shot and long hair in the movie.

On behalf of his millions of fans, I can say that we experienced the same emotions today as we felt the first time, we watched the movie. He adapted Dhoni’s feelings so accurately that even critics were astounded by his performance.

Unfortunately, Sushant is no more with us today physically but a part of him will always be with us through his memorable movies and humble gestures.

As we all know that he has gained a lot of praise. However, some people didn’t like his portrayal. It is surprising that even some celebrities don’t appreciate his part in the film and Rajat Kapoor is one of them.

Rajat Kapoor is a well-known Indian actor, screenwriter, and director who mostly works in Hindi films. He is one of the most established voices in the industry. Even though he appears and talks so maturely, he mocked deceased actor Sushant Singh Rajput for playing MS Dhoni in his biopic back then. According to him, the real Dhoni looks so much better than the man playing his character. He described it as a “fact.” Kapoor stated in a tweet on September 29, 2016,

“Dhoni looks so much better than the actor who plays him..#fact”

Sushant Singh Rajput saw this and responded to Rajat Kapoor in a dignified, and modest way. He responded humbly, saying,

“I Slogged a bit extra on my skills to compensate. If you get interested in that, pls do watch the film, sir:)” 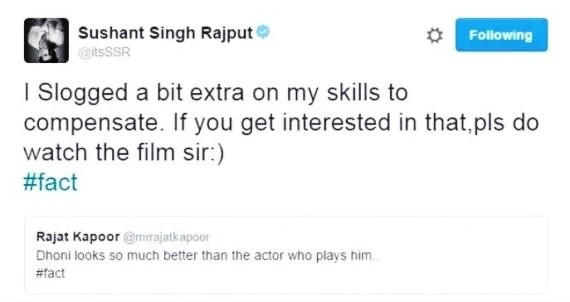 Soon after, Sushant Singh Rajput’s fans started brutally criticizing the actor Rajat Kapoor on social media. And later on, he responded to Sushant with another tweet. He stated in a tweet,

“@itsSSR :))) I believe your performance is fab in the film.. and maan, your fan following is huge!! Best wishes, Sushant.” 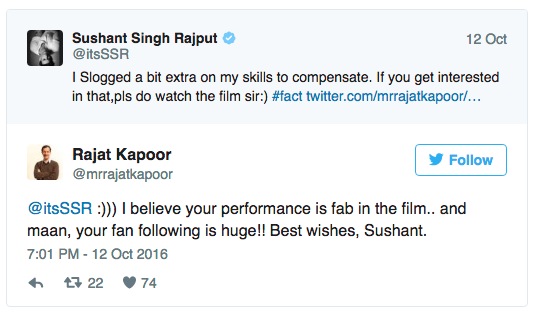 Nevertheless, Sushant again gives a reply for which Rajat didn’t have an apt answer. He praised him and said something so down-to-earth about his popularity. By quoting his tweet, he wrote,

“They are not my fans sir, I don’t have many. They just like good films:) Ps.- You were really good in Kapoor &sons”

Sushant Singh Rajput’s highest-grossing movie is MS Dhoni: The Untold Story. The movie made more than Rs 100 crore on Box-office. MS Dhoni was devastated when he learned about Sushant Singh’s death. Neeraj Panday, the film’s director, claimed that Sushant put a lot of effort into the production.

While it was also rumored that the super-hit film may have had a sequel with the same cast, Neeraj Pandey gave rest to all rumors saying that Sushant Singh Rajput was the only actor who could have done this movie justice. Therefore, they won’t be creating a sequel. He said,

A sequel has been long crossing his mind and there were thoughts of coming up with something at some point in time but given what happened, everything is now meaningless.