Recently, taking to her Instagram, Mia Khalifa posted her hot pictures and the whole internet went crazy. Her pictures went viral at the speed of light and received numerous likes and comments. Mia Khalifa is looking extremely hot in her new lavender look. Moreover, she ditched lingerie this time and opted for an open-shirt look revealing her assets. 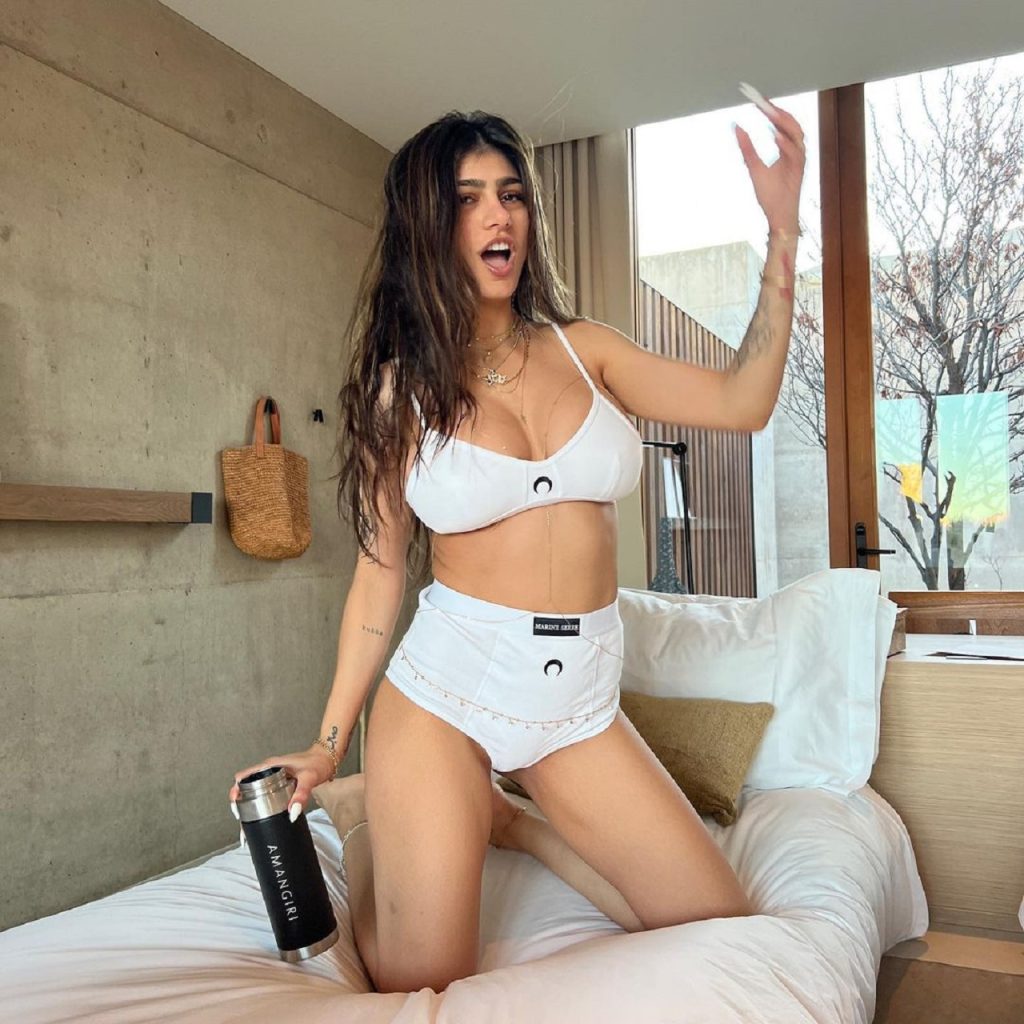 Mia shared a few pictures on Instagram from her London trip and gave everyone sultry vibes. The popular star’s pictures received more than one lakh likes in an instant. Mia Khalifa’s social media game has always been on top and there is no denying that.

In the viral pictures, the diva ditched her popular lingerie look and flaunted her curves and assets in an open shirt. Mia is setting fashion goals with her satin lavender shirt.

Apart from her sexy avatar, Mia’s lavender bag caught a lot of attention, which she carried with glamor, style, and of course grace. Sharing the pictures, Mia wrote,

“Night out in London for OFF WHITE c/o CHURCH’s.”

“I’m obsessed with this entire look!! And youuuu,” commented another user.

“Perfecta,” wrote a netizen. “Best toes to ever exist,” penned another netizen.

Mia Khalifa on entering the industry

Khalifa said that it was the wrong push, but she went ahead and did it for her boyfriend. She added that many women are exploited and forced into the industry by the people they love and trust.

Khalifa reportedly left the adult film industry a long ago as she received a lot of death threats. However, she is having a massive fan following on social media and she is very active on Instagram.