Indians have always topped the charts when it came to breaking rules. Though it is not a point that we should be proud of, there does lie a shrill thrill in the acceptance. It does at times boggle our minds when we see the irony a few scenarios. These similar situations force us to laugh at the irony because frankly there is no other way around it. Today, we will thus take a look at 12 such pictures that will make us laugh at the ironical captures while thinking how one can be so unabashedly shameless and that too with pride. 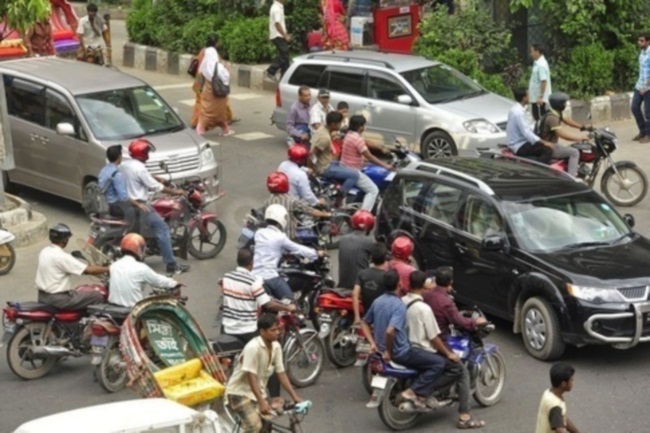 Even though there are signals spread all over the road and especially at intersections to avoid congestion at busy crossings, it does not matter. Everyone will go at their own speed, time and way as the road is really a medium. This ultimately leads to congestion that at times takes around 30-45 minutes to be cleared out. The waiting game was never well suited for the country and this picture is just hard proof of the fact. 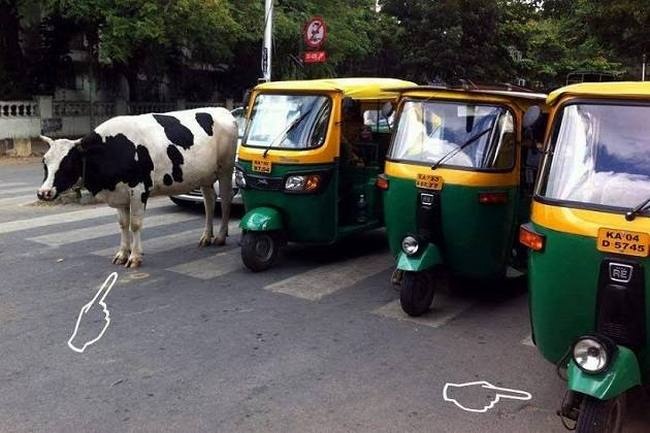 There are two very striking issues in the picture and the funniest part is that the cow is not the concern. As per the traffic rules, zebra crossings should always be off-limits and should not be used to wait on while the signal turns green. This is mainly because the crossing is used by pedestrians to cross roads. Even though the crossing is being used up can be ignored. But, what cannot be ignored is the fact that in the country even animals are more devoted to the rules than the vehicles. You can clearly see how the cow is still within the boundaries while the auto has already started off crossing the same. 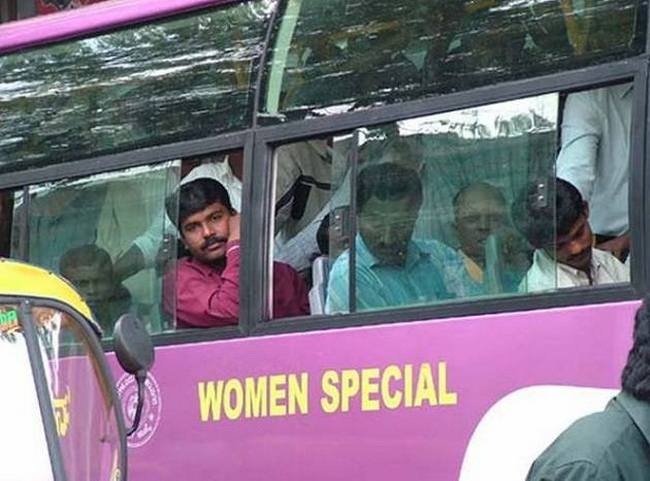 Due to the unavailability of seat and overcrowding that happens on all public buses, the government did introduce buses that are women’s special and is especially for their transportation. However, gender is just a word when you are running late for work. It is not to be made into a big issue at all. We wonder if there is even a single woman on this bus. Sigh! 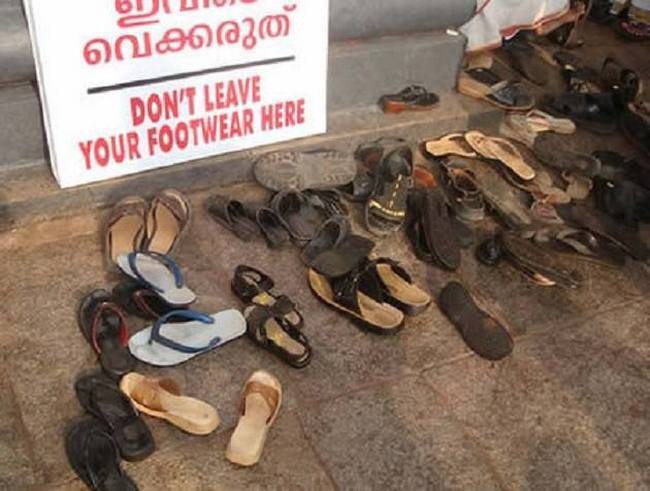 There are several boards outside temples or other places where due to the problem that a few people face, dumping shoes of other people are not allowed. This scene however can be witnessed outside temples. Temples are a sacred place for every Indian, and that is why it is forbidden to step inside with your shoes on. People do oblige to that, but, they do not bother about the place that they are living their shoes at. It has happened millions of time that people dispose of their footwear below the exact sign that says that it is not allowed. 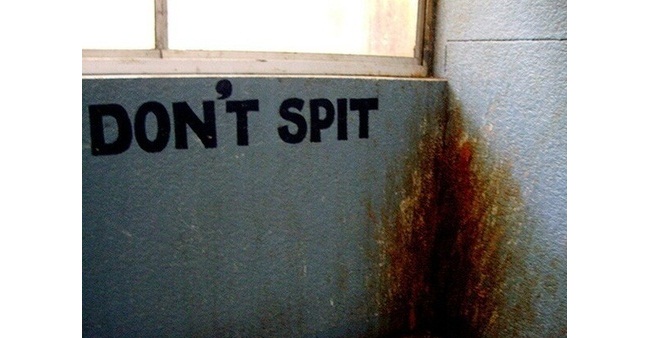 One very disgusting habit that majority of Indian men posses is chewing tobacco which is famously known as ‘Gutka’. Various individuals do not find themselves the town to go ahead and find a nearby dustbin or a drain to spit in. That is why they take on the walls or street of various nook and corners to do that nasty business. Even though every few years the disgusting and nauseating walls are repainted, it does not do much of a difference as the habit follows. 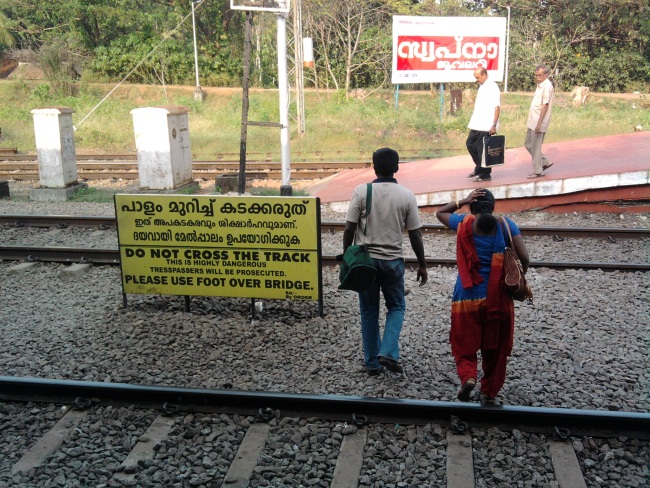 Out of all the dangerous habits that we Indians have and possess, there is one that has claimed the line of many people. It is the habit of people crossing train lines by jumping on the rocks and not using the footbridge or over bridges that are constructed for the help of common people. We do agree that the entire thought of crossing over by a bridge is a tiresome process, but it is a small price to pay in return for the safety of your life. 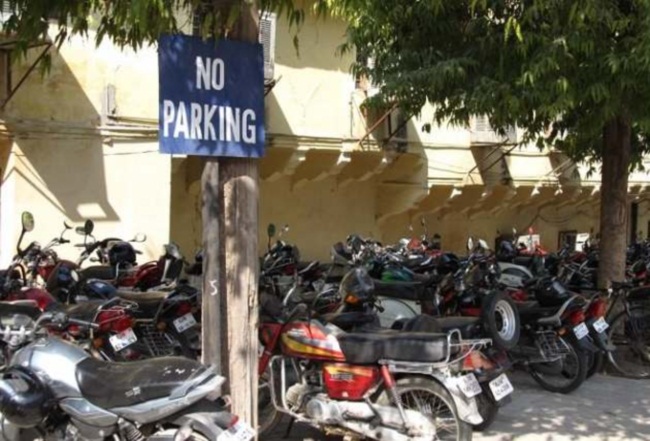 Some poles have signboards along them hung that strictly restrict the idea of vehicle parking all along the roadways. But, it really does not matter, because people just do what is more accessible for them anyway. All you can do is keep on restricting and hanging boards. However, when at times of extreme levels, police representative does give you either a ticket or a warning. It also can go up to a hefty amount of fine which can cancel out your license if not paid in time. 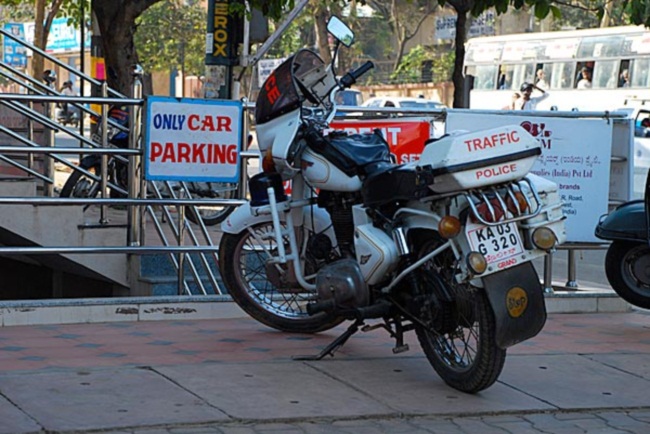 The general idea is a signboard applies to all. However, with the might the traffic police have parked their car right in front of the board gives off a way different vibe. It is up to you what you want to follow now, the traffic guardians or the ruling signboards. However technically, the place can park cars only and if you think hard you can categorise a two-wheeler under a broad classification of the car as well. 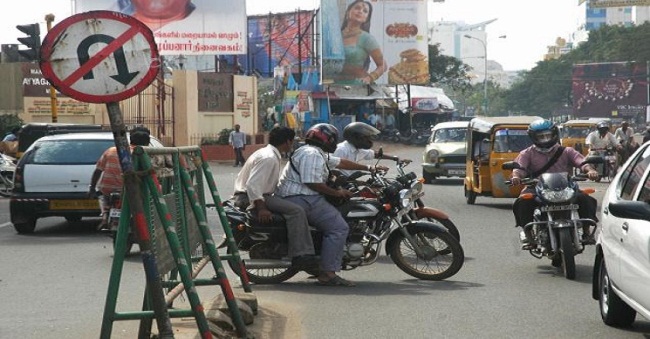 Time is of complete essence and serves as a currency, to be very honest. Thus when you see an opportunity to make the U-turn that is required and ni traffic guard in and around, you just take it. We are definitely encouraging the behavir=our. We are just stating what we have seen and witnessed for some time now. Get, Set, Go! 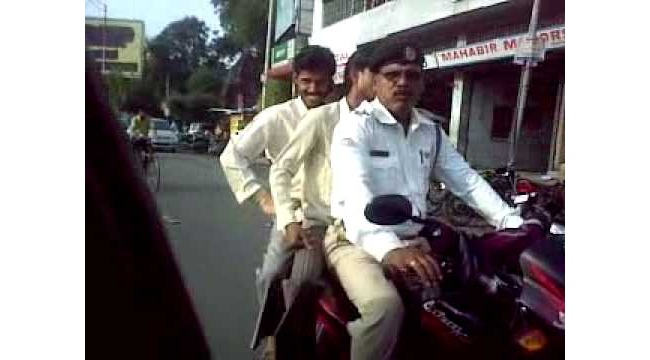 The police are surely always right. However, this picture is in complete contrast to two very basic rules of bike riding. We can not spot a single helmet on any individual on the picture above. Moreover, just to keep everyone informed, triple riding is a fineable offence in India. Now, take a look at the picture above, we can just feel the pride on the face of the last rider. We would so love to know the story behind this picture. 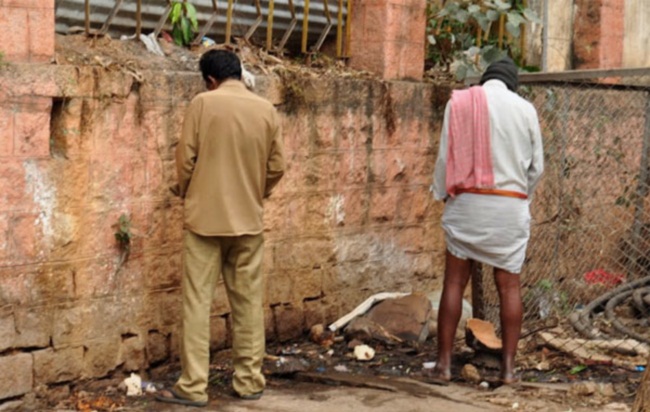 It is understandable that when nature calls at times, it is not possible to hold t in or control the force. But, there is a wide availability of public washrooms and ‘pay and use the toilet’ for this exact purpose. Only if people had the energy to go ahead and look for one, the place would get top points for hygiene. 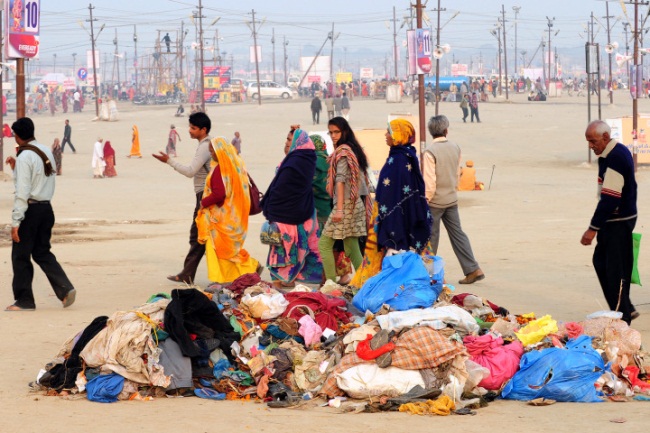 If you are in search of a dustbin, do not worry as you do not have to look any further. However, the point of concern is this makeshift dumping ground has been formed out of nowhere in the middle of nowhere. We would, however, like to relay that there is an availability of garbage bins through each city of the country.

10 Most Special Efforts To Protect Nature

10 Most Special Efforts To Protect Nature