Famous Youtuber and Choreographer Dhanashree Verma Chahal finally ended all the speculations and rumors about her separation from her husband Yuzvendra Chahal. However, Yuzvendra deleted the story in a few minutes. But it was already a little too late because people witnessed everything and rumors about their parting ways were on height.

People started commenting on their posts about separation asking reasons for the same. Social media was flooded with rumors and memes as well.

Later, Yuzvendra Chahal added a new story on his Instagram account in which he requested everyone not to believe in any sort of rumors pertaining to their relationship. She went on to say that the “random news” about the relationship of Yuzvendra Chahal and her was “hateful and hurtful”.

“Needed all that sleep to recover. It’s funny though, I opened my eyes feeling so confident & strong today. Something I was seeking since the past 14 days. I had completely lost confidence due to my knee injury that happened while dancing (my last reel) & I landed up tearing my ACL ligament. I have been resting at home & the only movement I have had is from my bed to my couch (along with physiotherapy & rehab every day). But what has also got me through this is the support of my near & dear ones including My husband, my family and my closest friends,” 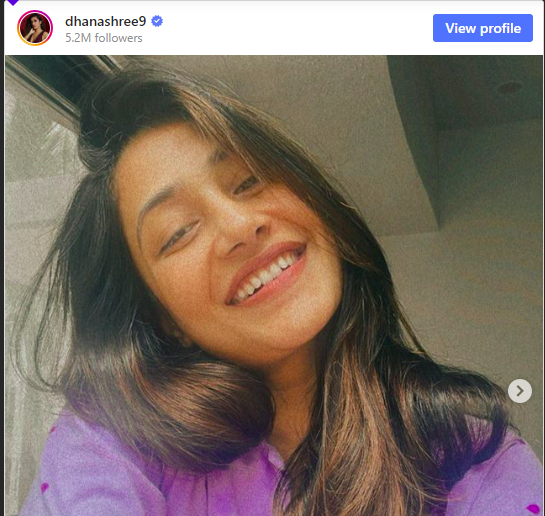 “As recommended by the doctors, I will be undergoing my surgery if I wish to dance again in life. I was trying really hard to wrap my head around this shocking news of not being able to do the basic things in life adequately,”.

“This is when I needed the most support, and this is exactly the time when people picked up some random news about us! It was pretty hateful, hence hurtful, for me to hear all of that. It was draining to say the least,”

“I have worked hard & have I gradually & gracefully earned my respect. I am not going to let this injury or any baseless rumours take that away from me. Infact, this has lifted my confidence more and made me feel even more fearless. I am now certain I have the capacity to bear the consequences that come along with having a public life.”

She ended the caption by writing DVC at last which means Dhanashree Verma Chahal and slammed all the rumors down.

Her husband commented “MY WOMEN” on the post confirming tat everything is fine between them.