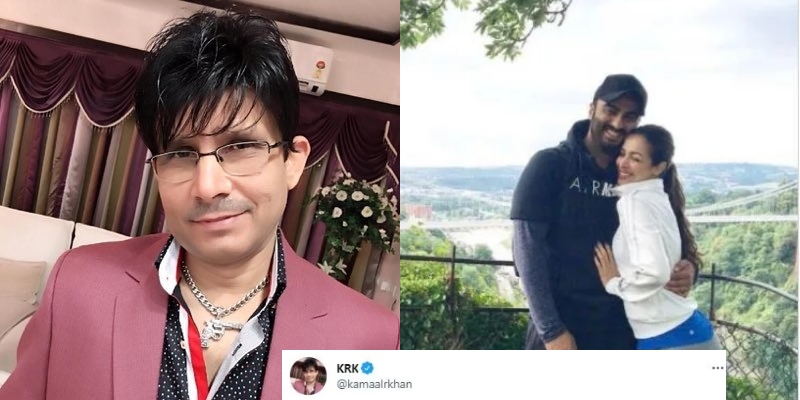 Self-proclaimed movie critic, Kamaal R Khan is one of the most controversial personalities from Bollywood. Amid his ongoing feud with Bollywood superstar Salman Khan, KRK has once again stirred a controversy with his latest tweet on Arjun Kapoor and Malaika Arora.

Well, on June 26th, Malaika Arora stole all the limelight on social media after she shared a beautiful picture with Arjun Kapoor to wish him his birthday. Malaika wrote, “Happy birthday my sunshine….  @arjunkapoor.”

Now, KRK shared the same picture and wrote a cryptic tweet hailing Arjun Kapoor as Tiger and praised him for snatching ‘something’ courageously. He wrote:

The tweet went viral in no time and as Twitter users started trolling the Deshdrohi actor, he claimed that his post was meant to hint at Arjun Kapoor stealing Ek Villain 2 from Sidharth Malhotra. However, while writing so, KRK didn’t explain why he used Arjun Kapoor’s photograph with Malaika to convey the same. He wrote:

For the unversed, Malaika was previously married to Arbaaz Khan, who is the brother of actor Salman Khan. KRK is currently caught up in a legal battle against Salman Khan since he shared a controversial video review of the latter’s movie, Radhe. Salman’s lawyers have slapped a defamation case against KRK.