They say, the content creators and social media influencers are the new stars. They have gained popularity because of their hard work and dedication and by entertaining their fans with quality content. And one such talented content creator isCarryMinati.

Well, when it comes to sarcasm and roasting in the digital world, CarryMinati is the King and no other name hits our mind. Be it creating savage moments with his hilarious videos or dropping savage captions on his social media posts, CarryMinati knows how to keep his fans hooked with his content.

This time CarryMinati was at it again as he trolled his friend and famous YouTuber and Bollywood actor Harsh Beniwal, with his savage reply to him.

Well, it all started after Carry took to his Instagram and shared a very cool picture of himself. Sharing the picture, Carry wrote:

“If only I could see anything 👓”

The post soon went viral and was flooded with amazing reactions from the fans on it, who heaped praises on CarryMinati. However, the comment that stole everyone’s attention came from his friend and famous YouTuber and Bollywood actor Harsh Beniwal.

Harsh took to the comments section and tried to troll the famous YouTuber. In his comment, Harsh asked Carry to at least open his eyes. He wrote:

Carry was quick to notice the comment and come up with a hilarious reply to it, where his savage reply to his buddy Harsh Beniwal’s comment is literally spreading like wildfire on social media. Carry replied: 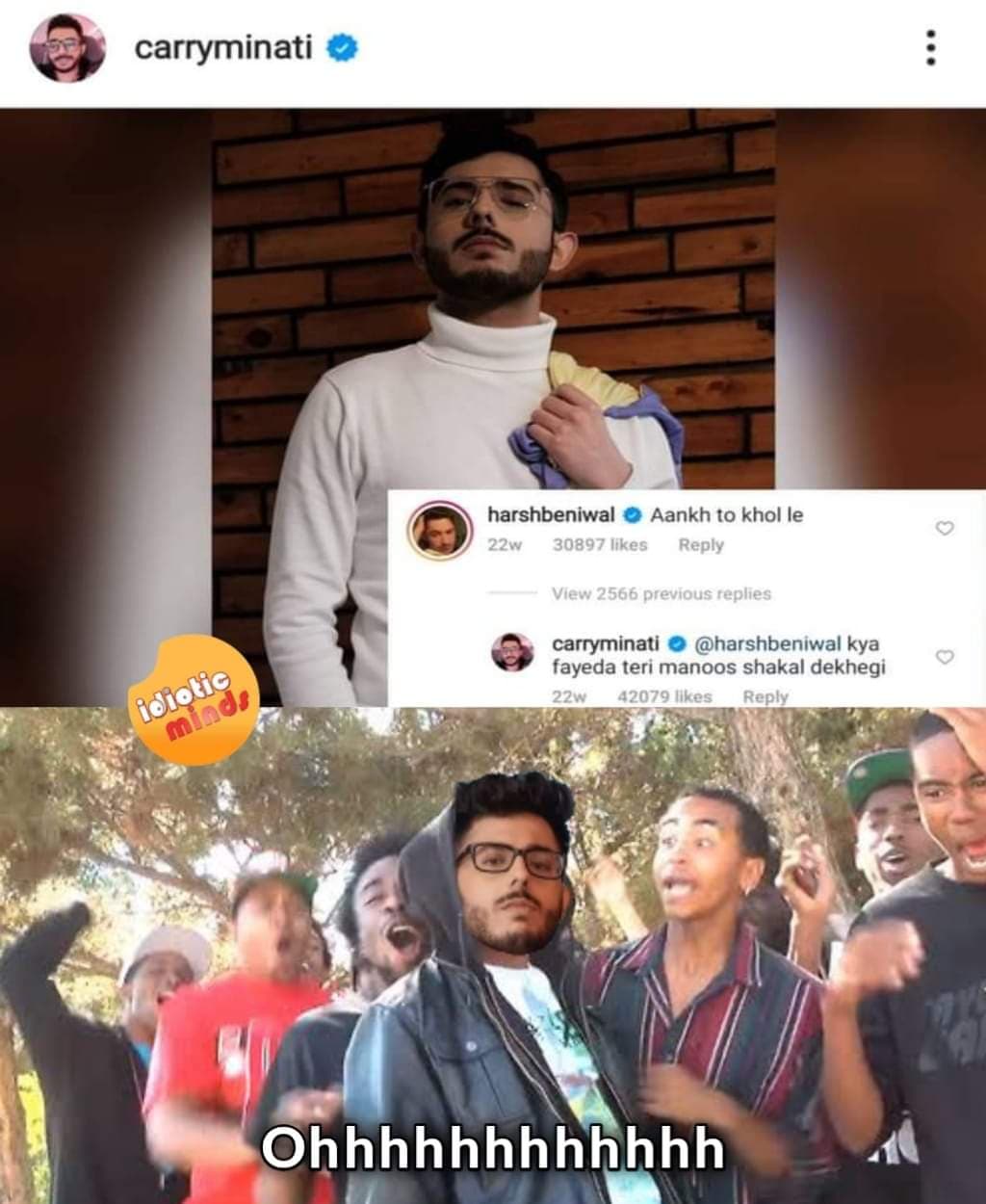