Yashika Aannand is one of the newbies of the glam world and has made her way into the glorious scene of the movies. She made her debut in the Tamil movie Iruttu Arayil Murattu Kuththu was became more popular among Tamil audience through Kamal Haasan hosting reality show BIGG BOSS Tamil- season 2. She has been in controversies due to her straight forward nature and it seems to bother her very less as she keeps giving savage replied to her trollers on social media. 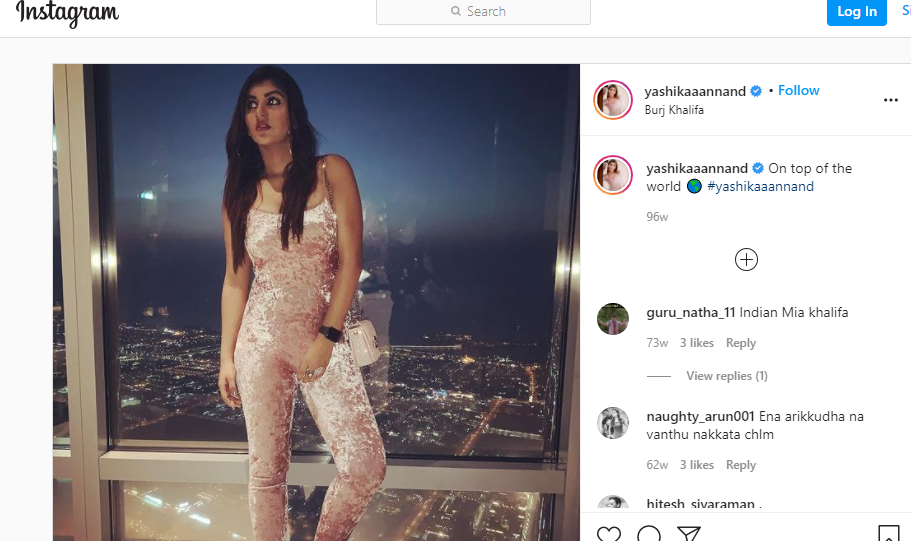 Yashika keeps her fans and followers updated in the best possible manner as she keeps posting a number of pics on the social media sites. However, she tolerates no nuisance on her pictures and keeps slamming people who make vulgar comments. Recently she posted a picture of her visiting the Burj Khalifa at the UAE that won her fans over due to its sheer beauty and stylish appeal. However, there are always people who try to troll actresses out of nothing and it was once again evident here as well. The actress has been very straight forward since her inception in the Tamil movie industry and has spoken against a number of malpractices that have engulfed the Tamil industry over the last few years. She has raised her voice against the casting couch in the film industry, which is one of the proved problems that a lot of actresses have had to face in the past as well.