Akshay Kumar is one of the leading actors of Bollywood who has achieved big feats in his entire career. It is a well known fact that Akshay was a stunt man before he stepped foot into the industry. His adventurous skills are known by all as he has used it in the most efficient manner in his films, especially during action scenes.

Back in 1996, there was this hit film named ‘Khiladiyon Ka Khiladi’ which starred Akshay in lead along Rekha. The film was a big blockbuster which brought in huge limelight for the star actor as the film consists of a scene where Akshay not only fights a stalwart wrestler named Undertaker but also defeats him. 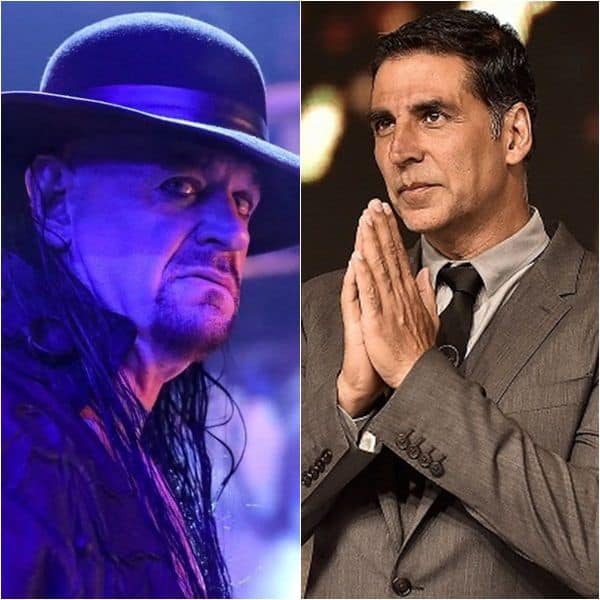 In reality, a same named WWE wrestler has a big name in our country and is loved and admired by many. In relation to the fighting ability of the real WWE superstar Undertaker and Akshay’s scripted dwell with the same named wrestler in his film, there have been a lot of speculation as well memes that are surfacing in the internet.

With the onset of such memes surfacing into the social media, netizens have been sharing them in absolute numbers. Looking at the trend, Akshay himself shared the meme over his Instagram handle. In the caption he wrote:

“A hilarious note to mark 25 years to the release of #KhiladiyonKaKhiladi tomorrow! A fun fact though: it was wrestler Brian Lee who played The Undertaker in the film.” 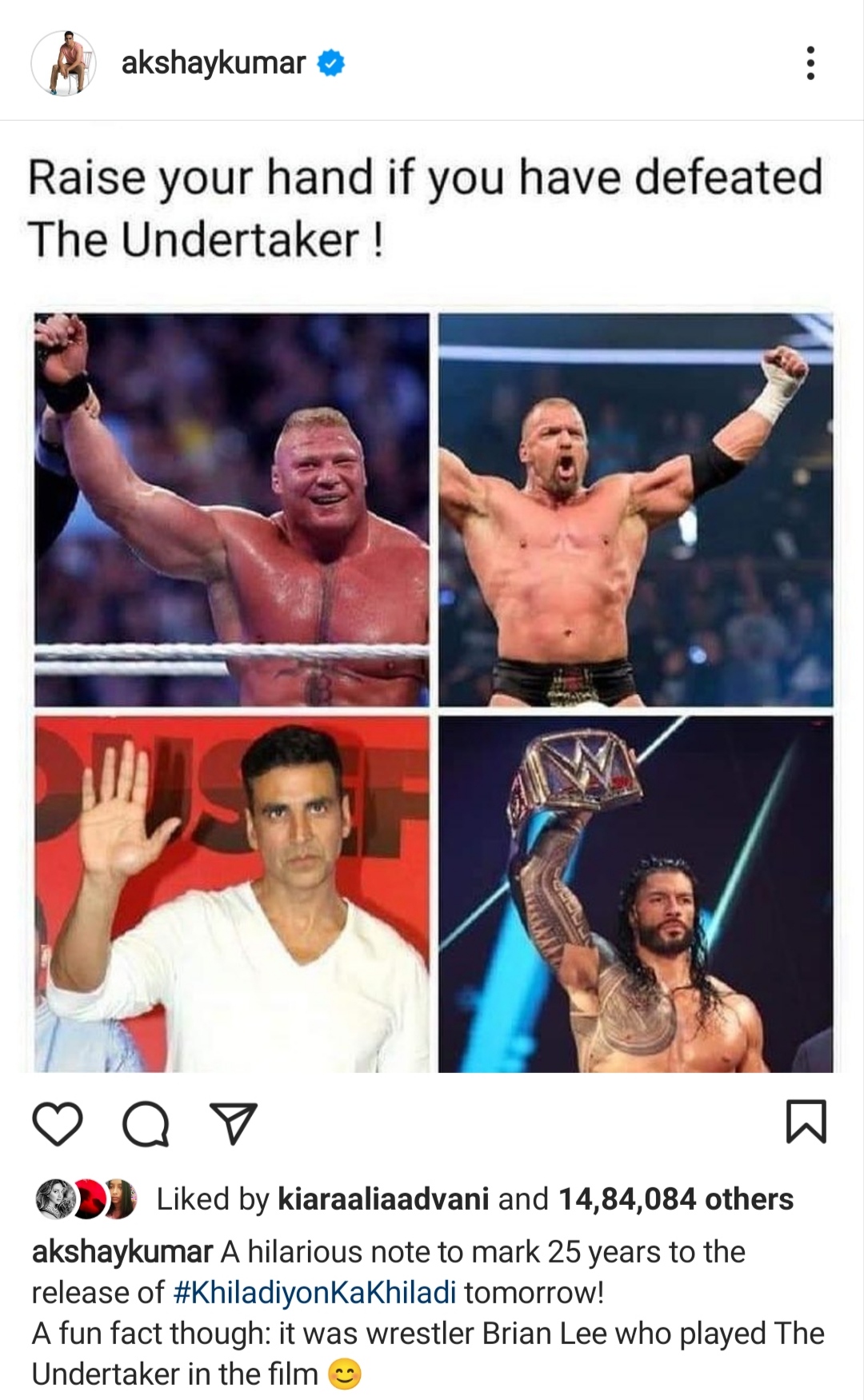 Soon after the post was made, the ‘dead man’, i.e. the Undertaker himself replied to the post, challenging Akshay for a match. Here’s to what he replied:

“Ha! Tell me when you’re ready for a REAL rematch!”

Akshay was fast enough to reply back to the WWE superstar. Here’s to what he said:

“Let me check on my insurance and get back, bro!”