Indian actress Mrunal Thakur is a youth icon  who has witnessed her popularity hike in recent times, especially after the release of her movie named  Dhamaka starring Kartik Aaryan.

She is famous for her work in Hindi and Marathi cinema. Mrunal is now all set to step in Bollywood as she is female lead of the upcoming film Jersey opposite Shahid Kapoor. Mrunal Thakur is one of those women who truly is open up about inspiration for ‘body positivity’. There’s hardly any actress in Bollywood who accept and love their body for the way it is, rather than using editing app but Mrunal is surely an exception. She loves herself the way she is.

Mrunal is very popular on social media as well. while fans are usually very supportive of actors and actresses on social media, but few of them just end up crossing all the limits.

Someone Trolled Mrunal referring her back as ‘ Matka’ and the jersey actress gave a befitting reply.

Few days ago, actress shared a video of herself in which she was practising kickboxing. The talented actress looked fierce, bold and so much dedicated as she worked out with her trainer and captioned it saying  a ‘regular day.’

As we are aware that many Bollywood Divas  like Disha Patani, Deepika Padukone are seen hitting the gym more often  to stay fit and get in shape for upcoming  roles in movies /web series, Mrunal was also doing the same.

In the video, Mrunal could be seen working out with her trainer and captioning the whole routine as ‘regular day’.

In few minutes that video went viral and got response from  her fans and many celebrities. Tamannaah Bhatia, Mahima Makwana, and Sobhita Dhulipala complimented her in comment section.

However, there were some cheap people who couldn’t resist themselves from posting body-shaming comments

These type of comments actually make actors lose their cool but she handled it perfectly, and said,

“Some pay for it, some have it naturally all we gotta do is flaunt buddy! You flaunt yours too” 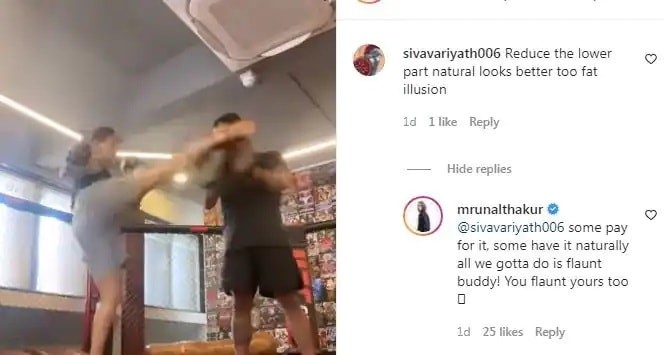 Another user crossed limits and commented something very gross about the actress: 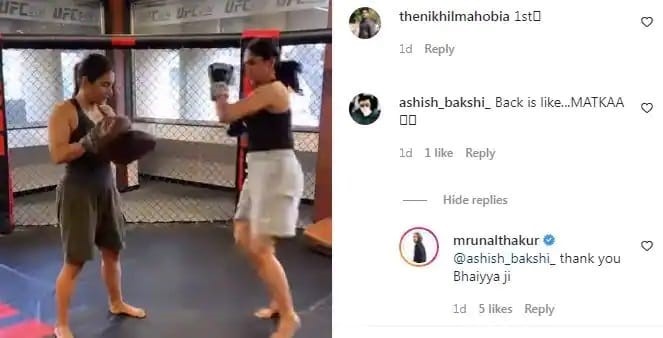 Later on, Mrunal  posted an Instagram story to reveal what she thought about tribulation of body shaming 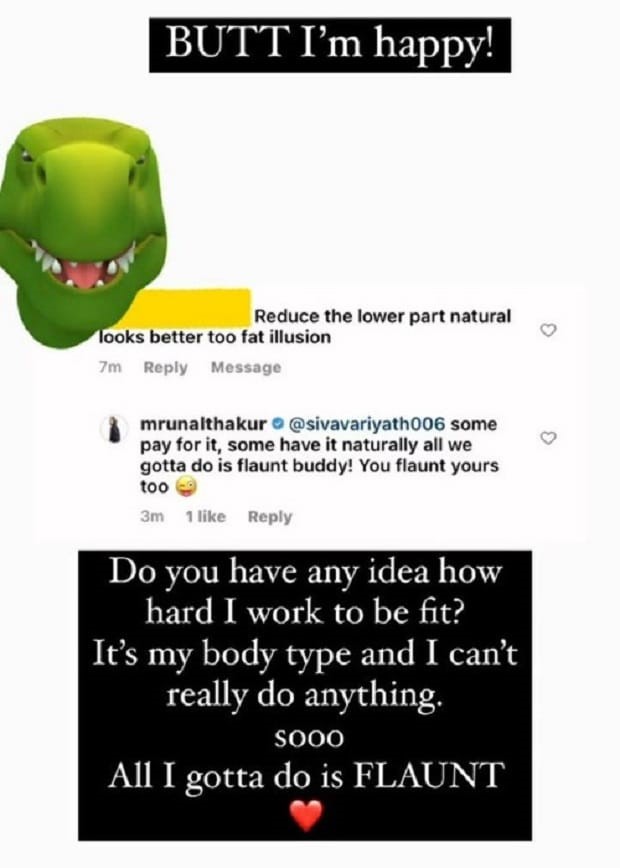