When Mrunal was compared with Kim Kardashian

Apart from being an astonishing actress, Mrunal Thakur is also a social media sensation and a fashion icon as well. She is really very active on her socials and posts more often.

Her glamorous looks and style sets internet on fire every other day. And once again she stunned her fans by sharing numerous photos wearing a long, white satin  backless gown paired with Jimmy Choo Fuchsia heels worth 69,545 INR. 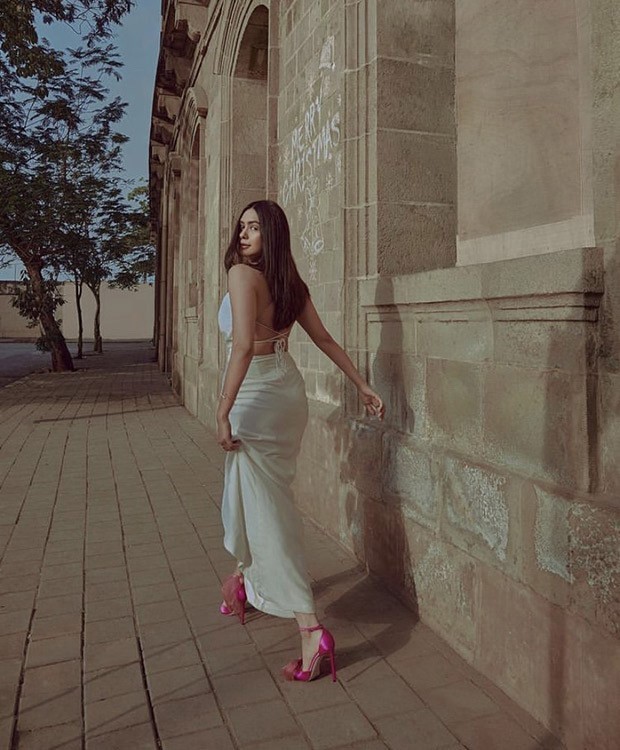 On Saturday, Mrunal posted gorgeous pictures on her Instagram handle with caption,

“it’s okay to be a little obsessed with your Jimmy Choo!”

She is looking really very hot and beautiful in that white satin gown with high slit which amounts to  9,800 INR. Mrunal completed her attire  with a bracelet from the racks of Simsum Fine Jewellery and a sleek neck chain. With fuchsia Jimmy Choo pumps, she gave her all-white outfit a dash of a color. 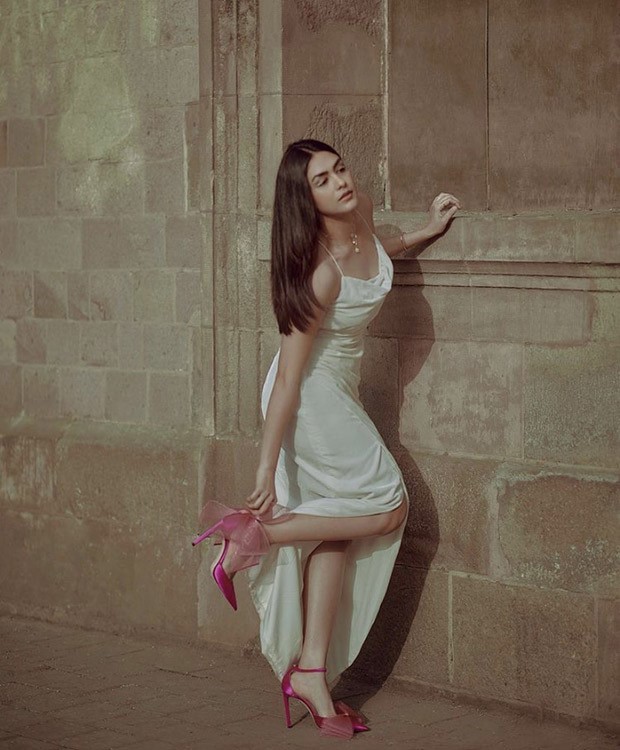 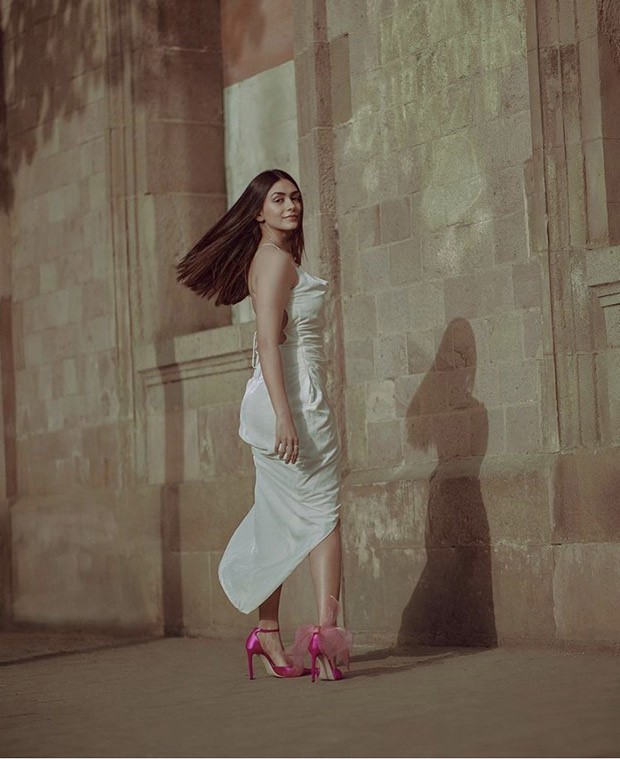 As mentioned above that Mrunal is Social media sensation. The moment she shared her pictures, fans went crazy and her comment section was flooded at an instant. Presently that post is having over 3,75,036 likes and 1608 comments. No wonder, her popularity is insane amongst this generation.

When someone compared Mrunal with Kim Kardashian

Amongst thousands of comments, one comment grabbed a lot of attention as Mrunal herself pinned it and gave a fitting reply as well. Let’s have a look.

and the actress just not pinned it but also replied saying

“hello that’s me not Kim”

Surprisingly, the person who commented got excited after receiving a reply from Mrunal and further commented 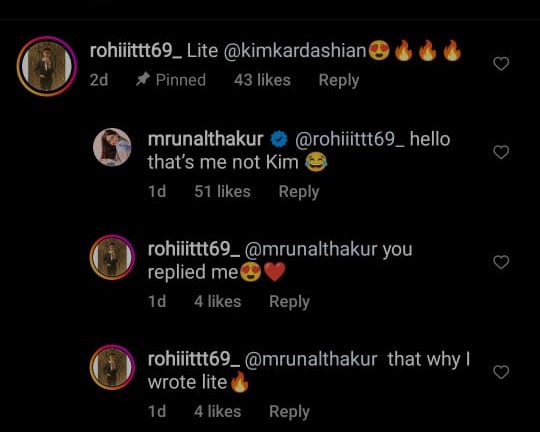 on the work front, Mrunal was last seen in Jersey opposite Shahid Kapoor. Her next project  is family comedy film Aankh Micholi with Abhimanyu Dasani which is  followed by war drama biopic Pippa with Ishaan Khatter and Priyanshu Painyuli. She will be featured  in Gumrah alongside Aditya Roy Kapoor as well.