Aakash Chopra slammed down the troll

Aakash used to be a fine batsman with an amazing temperament. Aakash Chopra could concentrate unwaveringly for extended periods while batting is detrimental to bowlers. Even though he played international cricket rarely, his stability and temperament were something next level and astonishing. 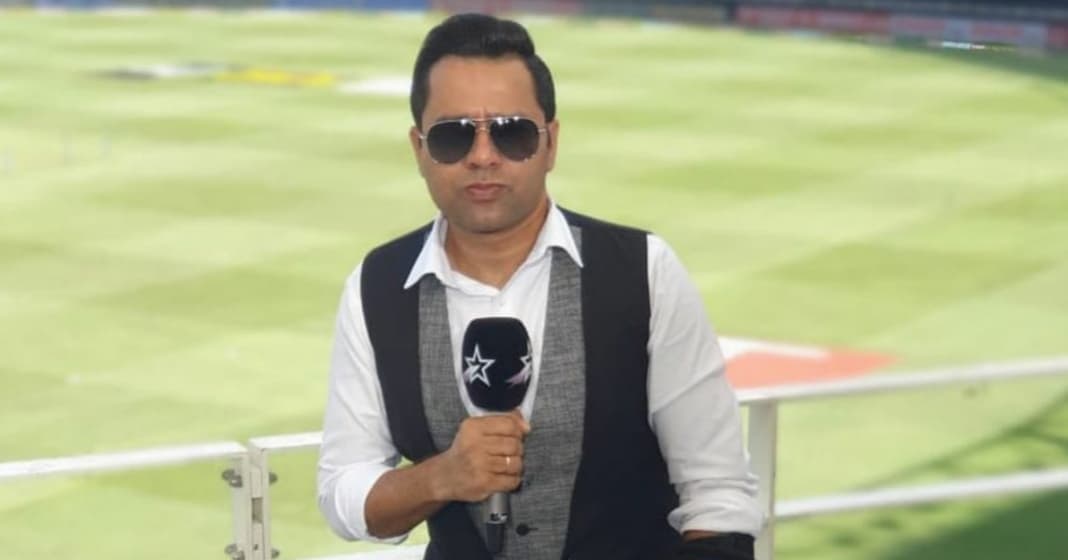 As we all know, he didn’t finish his international career as one of the nation’s top openers, but it doesn’t mean that he is done. With time, Aakash Chopra has established himself as a game analyst after taking retirement.As a result of his deep knowledge and understanding of the game and unwavering opinions on Indian cricket, he became one of the most popular cricket analysts and commentators in India.

If you are a true cricket fan, then you must have heard his one-liners in between the games from the commentary box. His delivery of commentary sometimes fits so well that it goes viral on social media platforms, and he becomes the talk of the town.

But being popular and successful comes with some cons as well. Just like other celebs, Aakash also has to deal with online trolls about his profession again and again. People often call his commentary cringe, and he has been body shamed a lot of times in the past.

Even if he ignores most of the trolling, that doesn’t mean he will always ignore it. And that’s exactly what he had done recently when one Twitter user asked him to “explain” his career and called him a “failed cricketer.”

With his amazing selection of words, Aakash Chopra gave a fitting reply to the troll

It all initiated when Aakash Chopra shared a small video about his analysis of the 2nd ODI between India and South Africa. The video seems awesome and even Aakash’s analysis sounds hilarious and knowledgeable at the same time. But some people on this planet have nothing to do but criticize others.

Just as expected, people were giving their critical opinions on both the match and Aakash’s analysis, one Twitter user asked him to ‘explain’ his career addressing him as a “failed cricketer.” Below his tweet, he commented with the photo of Aakash’s cricket credentials,

“Please explain your career too. What is this? How can you talk about cricket? When you are a failed cricketer.”

Please explain your career too. What is this? How can you talk about cricket? When you are a failed cricketer. pic.twitter.com/QYSgHgtYEG

However, Chopra didn’t lose his cool and maintained his professionalism, and responded to the fan. Quoting his comment, he tweeted,

“I googled you…found no career in cricket or otherwise. Going by your logic, how can you talk about me?? When you a ________ person in life? On a serious note: get a life, my friend Love you”

I googled you…found no career in cricket or otherwise. Going by your logic, how can you talk about me?? When you a ________ person in life?

However, the conversation didn’t stop there. The Twitter user again went on to compare Aakash’s career with Virat Kohli and Rohit Sharma.

This time again, Aakash gives him a classic reply.

Have you checked India’s batting coach’s numbers? How much cricket did Trevor Baylis play? Or Duncan Fletcher? Actually, I’m wasting my time here. I don’t get paid to teach, I’m paid to analyse. And people who hire me believe that I have the right to speak/opine 🤣🤣

Well, Aakash’s knowledge, skills and his correct usage of words at perfect timing are enough to shut anyone’s mouth and his cracking reply is winning hearts over the Internet.