Abhishek Bachchan’s new movie The Big Bull is in extreme buzz among the netizens. While Abhishek’s fan are overtly excited for the movie, there are also some who are sitting in front of it, seeing that it should be compared to Hansal Mehta’s web series ‘Scam 1992’. 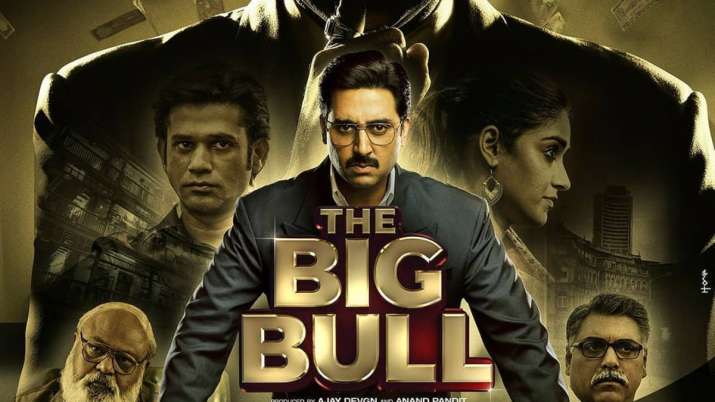 Apart from these two bunch of people, there is also a third type, better known as ‘KRK’ type. His category is known for no good and hence perfectly resembles the renowned saying, “empty vessels make most noise”.

Here’s to what he wrote:

“All of you have to see ‘The Big Bull’ at 7.30 pm today. Many congratulations to Ajay Devgan, Abhishek Bachchan and his entire team. I will not watch this film nor will I review it.” 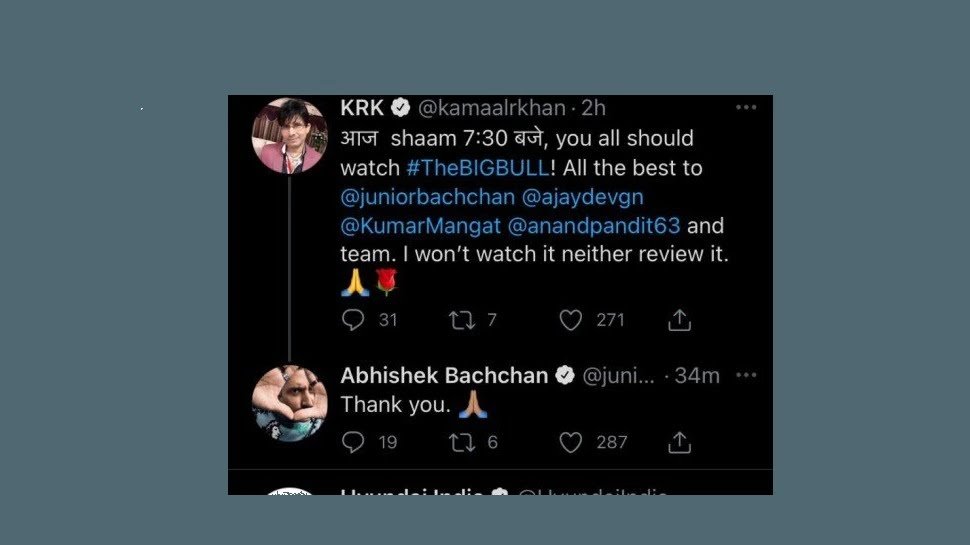 Junior Bacchan’s reply was largely appreciated by many and it soon came into the buzz. Many got that Abhishek said a lot with just two words. He indirectly insulted KRK, without even letting him know about it. Now that’s what a savage reply is, isn’t it?