Bollywood is a huge industry to be a part of. This is perhaps why many celebrities try to get themselves registered in it as someone regular as it brings immense wealth, popularity and success.

Sunny Leone, the global icon too tried her luck in Bollywood. Presently, she is doing well in the industry and has firmly settled herself here. Apart from Sunny, there is one more renowned adult film actor who wants to step his foot in Bollywood. He is none other than the handsome hunk Johnny Sins. 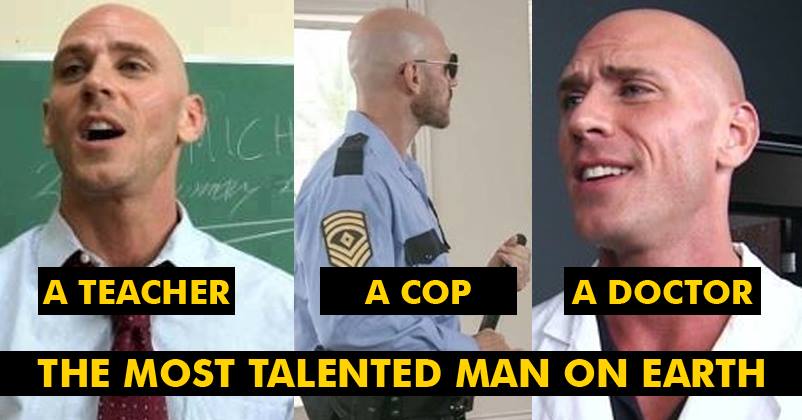 Addressing his Indian followers, Johnny made an announcement in his Twitter handle. He also gave his email in the post so that the translators can seek his personal attention. However, the tweet was found to be deleted later. In his tweet, Johnny wrote:

“Attention followers from India!! Looking for someone to translate our YouTube videos. Please email me [email protected]” 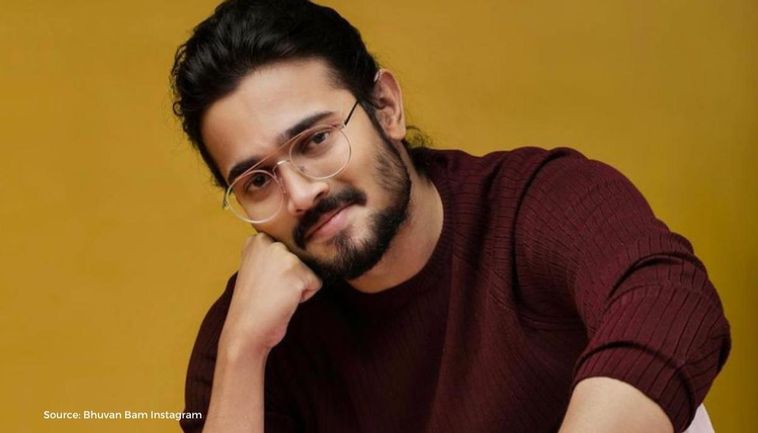 This post of his invited innumerous number of responses from the Indian mass. The renowned Indian Youtuber, Bhuvan Bam too responded in that post. He wrote:

“Would love to translate! But don’t get us paid. Get us laid!!” 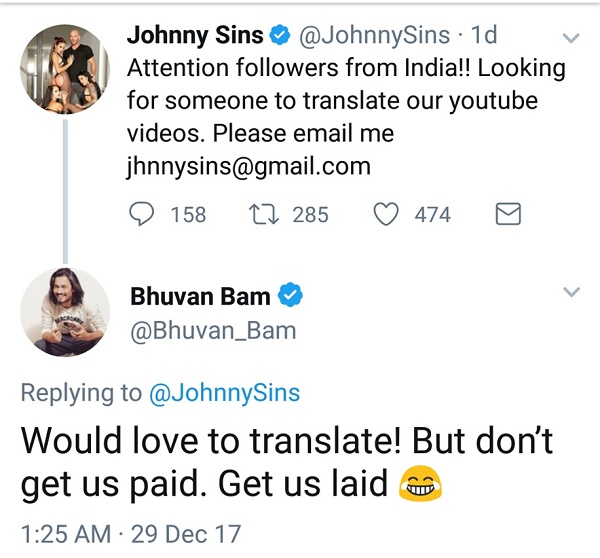 Making a hilarious remark, Bhuvan further asked Johnny what would be a traditional of his epic dialogue “oh yess-yeah baby?” Asking that, he wrote: 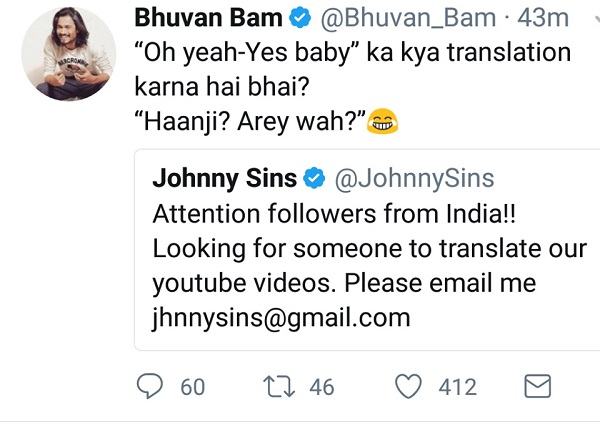 Along with the hilarious replies, it is also interesting to notice that Johnny Sins has started to follow Indian filmmakers like Mahes Bhatt over Instagram. When one user asked him about featuring in Bollywood, he said that he’d love to go there. 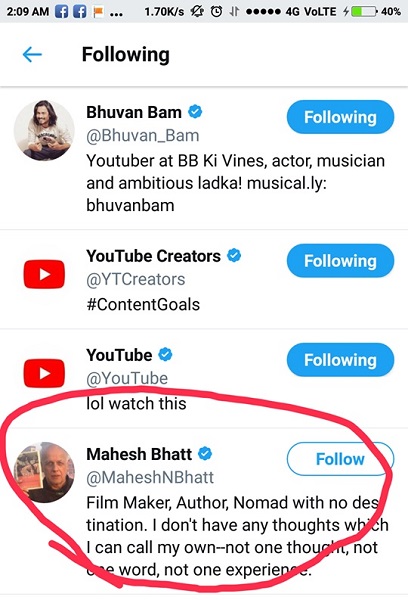 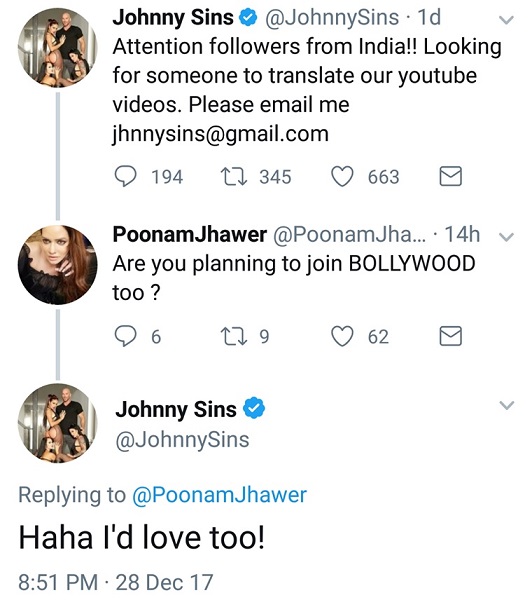