We all are aware of the fact that content creators and social media influencers are the new stars. They have gained popularity because of their hard work and dedication and by entertaining their fans with quality content. And one such talented content creator is Harsh Beniwal.

Harsh Beniwal is a popular YouTuber with over 9 million subscribers on his channel. He is known for his hilarious videos, which never fails to leave the fans in splits. The YouTuber has also entered the Bollywood industry with the Dharma Productions’ Student Of The Year 2.

Harsh is very active on social media, where he keeps his fans updated about his life and work. Recently, Harsh shared a very cool picture of himself on his Instagram account, which went viral in no time. Sharing the picture, Harsh wrote: 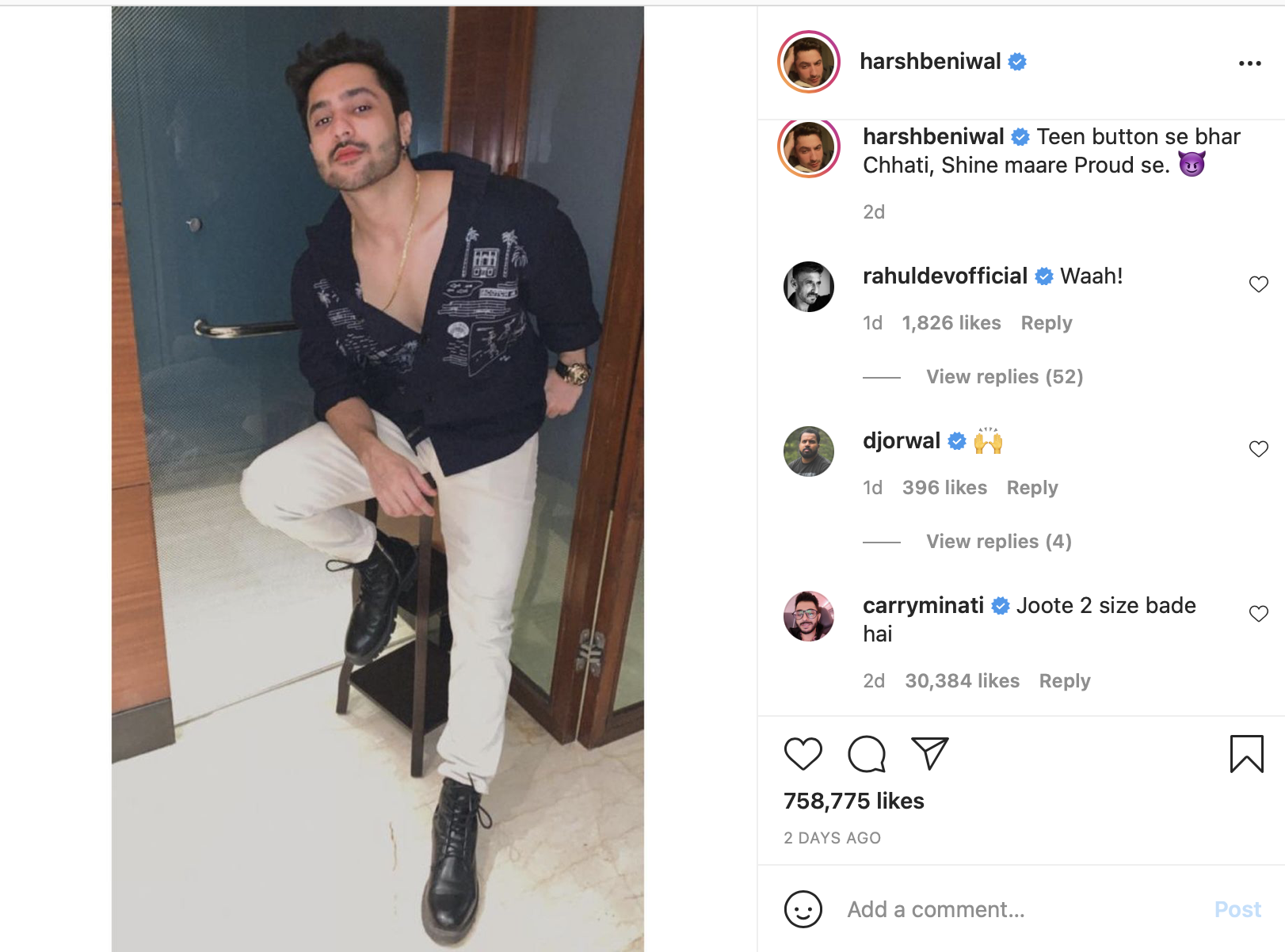 Meanwhile, the post soon garnered the attention of the fans and was flooded with their reactions to the picture of Harsh. However, the comment that stole all the attention came from a popular YouTuber and his good friend Carryminati, who decided to take a dig at Harsh. In his comment, Carryminati trolled Harsh Beniwal by saying that he is wearing oversized shoes. He wrote:

The comment soon caught the attention of Harsh Beniwal, who was quick to come up with a hilarious reply to it. Harsh left everyone in splits with his savage reply to Carryminati. He wrote: 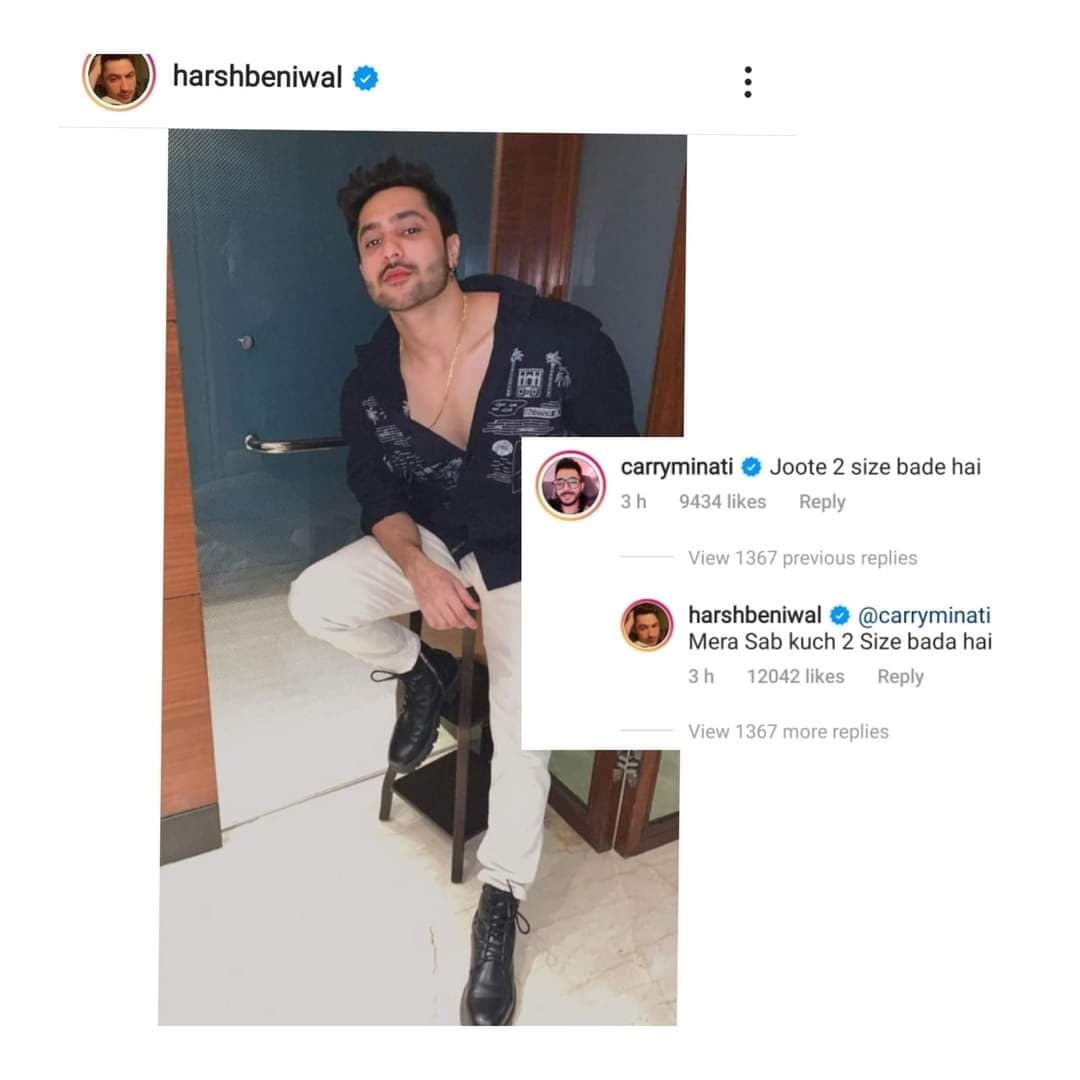