After pop sensation Rihanna and climate activist Greta Thunberg came out in support of the ongoing farmers’ protest, several international stars have shown solidarity with the ongoing protests, which have been going on for months now.

Among many, popular vlogger Amanda Cerny took to his social media to extend her support to the ongoing protest. She took to her Instagram and wrote:

“The world is watching. You don’t have to be Indian or Punjabi or South Asian to understand the issue. All you have to do is care about humanity. Always demand freedom of speech, freedom of press, basic human and civil rights-equity and dignity for workers”. 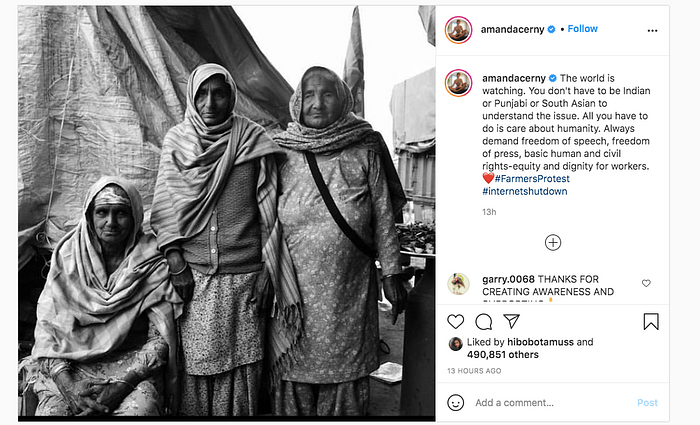 For the unversed, Amanda is very popular in India and recently she hosted a podcast with Jacqueline that featured Saif Ali Khan.

Amanda’s post soon went viral and was flooded with amazing reactions from the netizens on this. While many praised the vlogger for coming out in support of the farmers’ protest. There were many who started trolling and slamming her for the same.

Amanda soon noticed the comment and opened up about the reason behind the same. She wrote: “I know. I’ve spoken with many people and understand they don’t want to hurt their business by speaking their mind. Careers can be ended as it’s all so ‘political’. But I think there is more value in self-sacrifice to allow for a voice to others that are being silenced. It can initially suck but at the end of it all, you live with real purpose if you aim to do what’s right with zero self interest”. 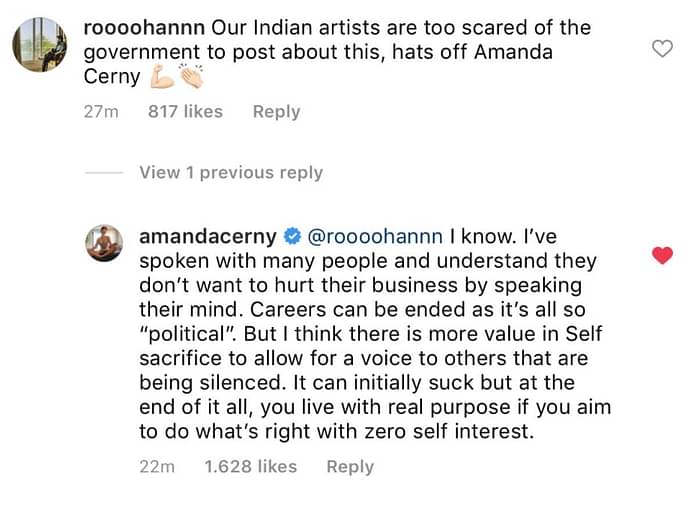 There were many who called Amanda’s tweet as a paid gimmick and trolled her brutally for her post. However, the vlogger responded to all the trolls with class and sass.

Here, have a look 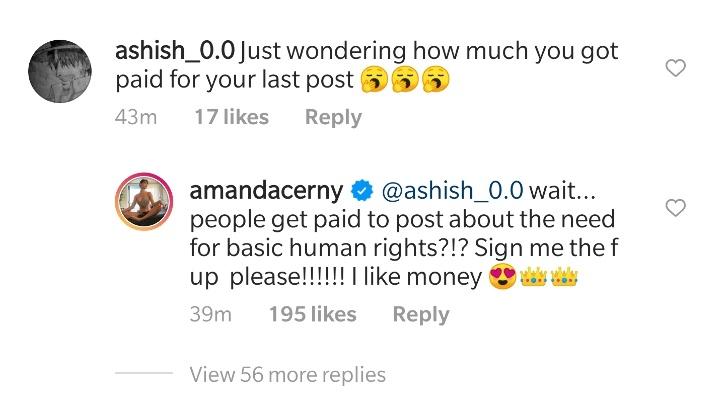 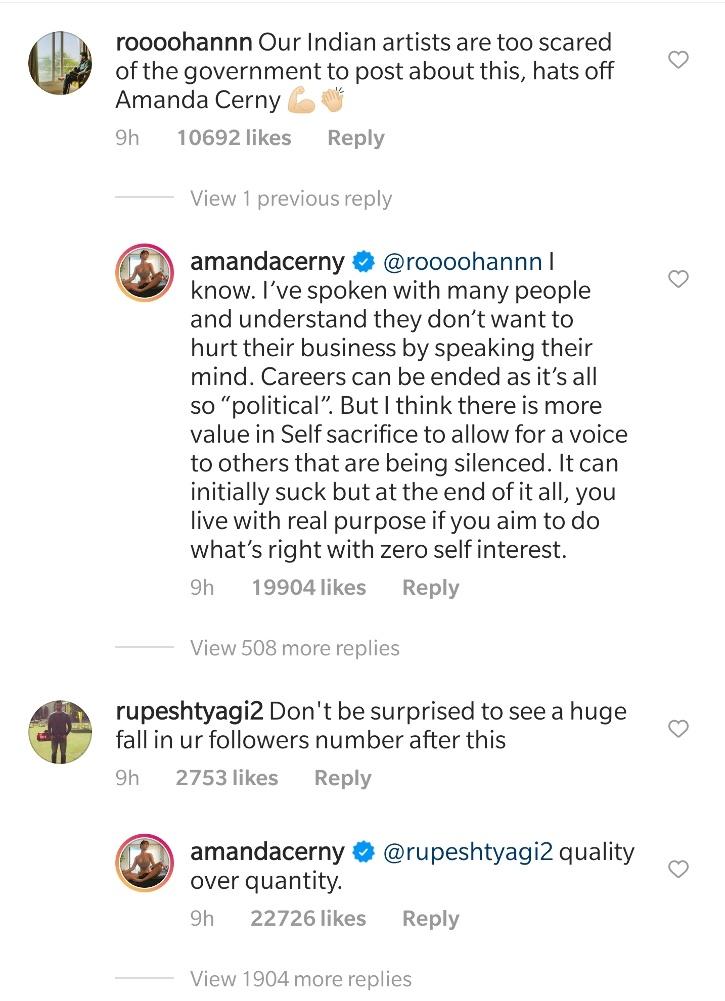