Neha Kakkar is a big hit when the concern falls over to the music industry of Bollywood. The singer has been in the buzz since a long time now and enjoys a great fan following to her name. Her fame is well know around the country and this is why she often lists the news headlines. 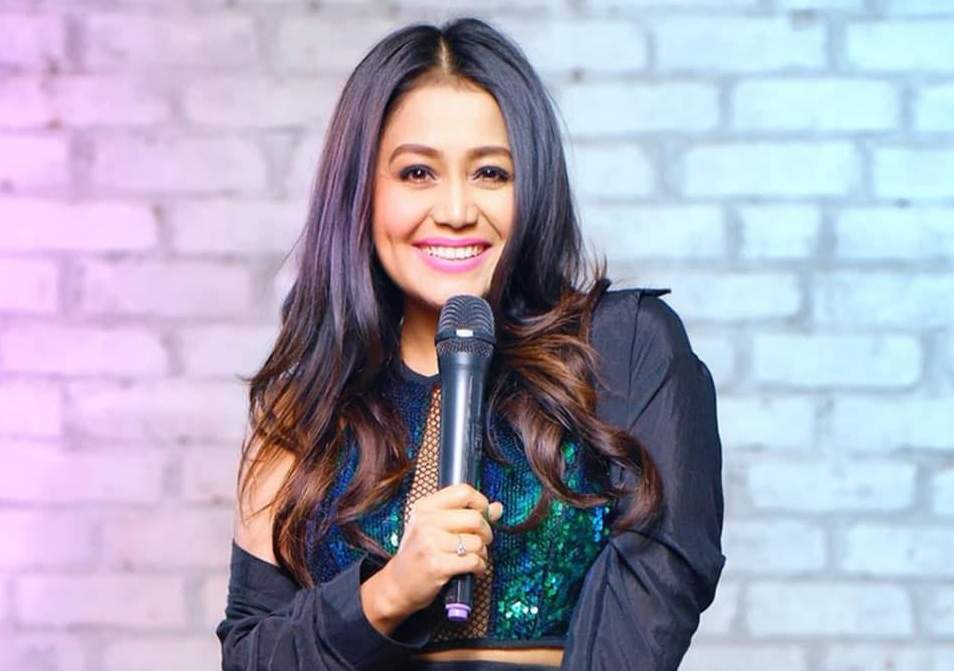 Recently, the star singer has been married to Rohanpreet Singh, who is also a singer. Despite the fame Neha enjoys, it has been often noticed that she has been a subject of trolls and memes.

Long before her marriage, Neha once posted a video of hers meeting Rohanpreet’s family. In addition to that, she also made an Instagram post, confirming her relationship with Rohan. Posting a photograph, she captioned it:

To that, Rohanpreet replied:

“@nehakakkar Babuuuuuu I love youuu soooo much mera putt meri jaaaan YES I AM ONLY YOURS MERI ZINDAGI.” 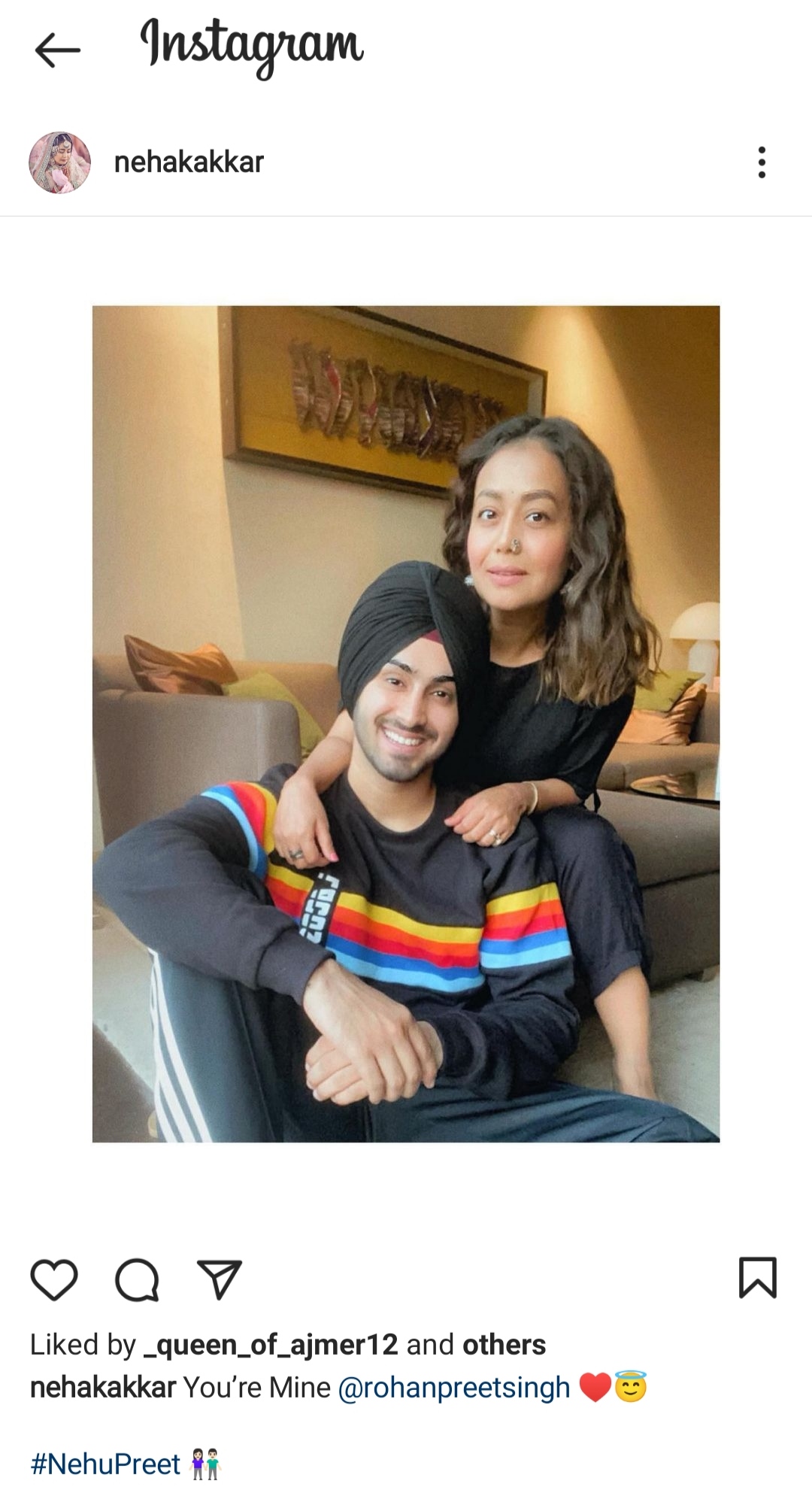 Amid the flowering romance between both the celebraties, trolls have been attacking Neha for her mushy posts with Rohanpreet. The newly wed couple became a subject of a lot of jokes, troll and memes.

As a response, Neha shared a meme in her Instagram stories, a scene from ‘The Wolf of Wall Street’ where Leonardo DiCaprio is seen holding a chimpanzee. However, instead of the ape it had the singer’s face morphed on it. 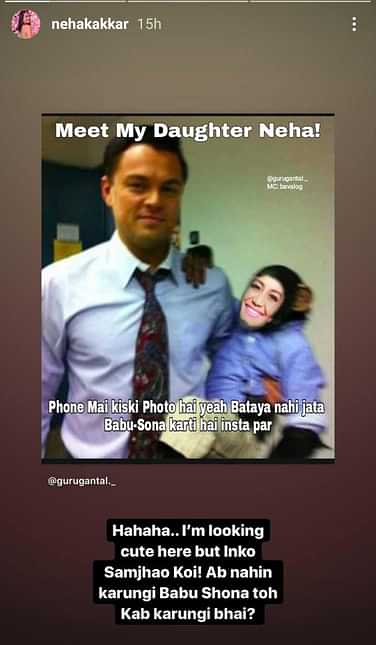 With that, she wrote:

“For all the meme accounts and their haters too. I have been seeing my memes since so long! I think today I want to say something. So.. It’s a request to the people who see memes and get offended.”

Plz don’t abuse these people, everybody has some job to do in life, which makes them feel complete and if making memes is their job or if making random funny memes gives them Happiness, let them be!”

“And memes bante hi famous personalities ke hain. So if I am in this field where I have got fame. I have to accept all this and let them be happy. God bless everyone! Stay happy! bus kisika dil mat dukhaana yaar.” 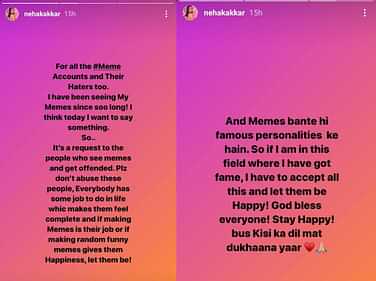