Tiger Shroff is a renowned upcoming superstar of the Bollywood industry. His popularity is highly sparse and his fans have doubled in these years, since his debut. He stands tall as one of the highest paid actors of Bollywood. Moreover, he has also placed himself in the Forbes Indiaxs Celebrity 100 list since 2018. 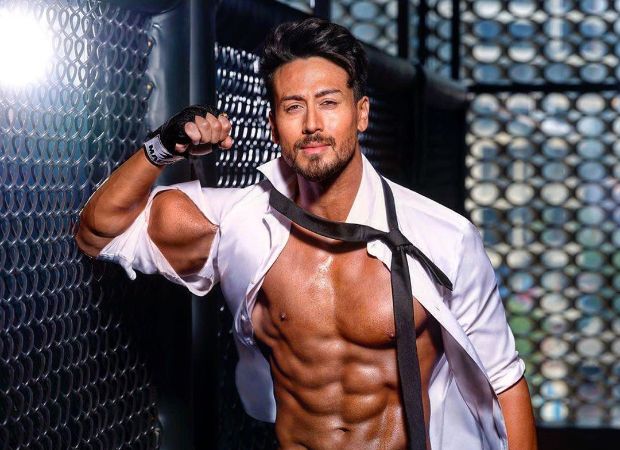 Tiger’s popularity has grown manifold in these years as he has been overtly active over his social media handles. Through his Instagram handle, Tiger often likes to interact with all his fans. In accordance to that, he once conducted a ‘Ask Me Anything’ session in order to make an interaction with his fans.

In that session, Tiger Shroff had received a marriage proposal from a fan who resided in the United Kingdom. The proposal read:

Responding to such a heart-melting request by his fan, Tiger wrote in his story:

“Maybe in a few years, when I can support you….so much to learn and earn until then.” 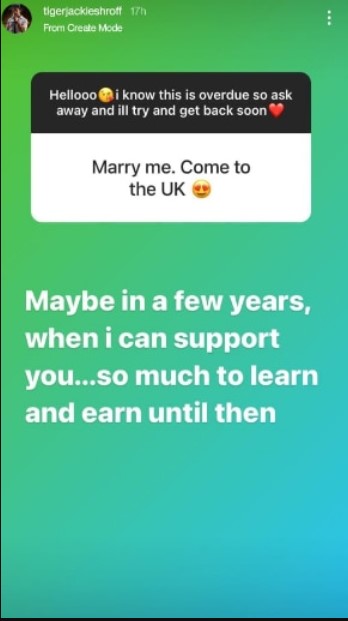 The response from the superstar soon caught the attention of his fans. Many admired his simple response to awe his fan, without being judgmental or harsh. The sweet gesture put forth by him has led to the story going viral among the mass.