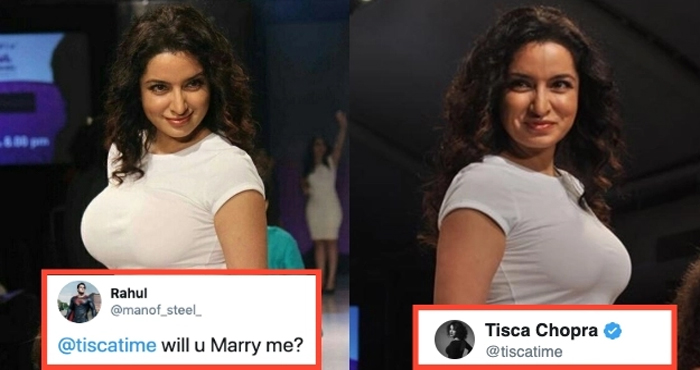 The industry of entertainment is vastly and majorly depended on the audience that it builds. The ability to enthral the audience at a major level is what the industry thrives on and gains finances from. This is the most pragmatic and enthralling area, to be honest. Celebrities, may it be our very own Bollywood dreamers or silver screen players are well aware of them.

Thus a very important part of going through with the scenario is having the support of one’s fanbase and having direct and regular contact with them. That is how majorly most of the PR work is done. Every celebrity thereby contributes a major part of their life towards their fans as it is a necessity. This is major because the base that’s they create speaks a lot about their own self. 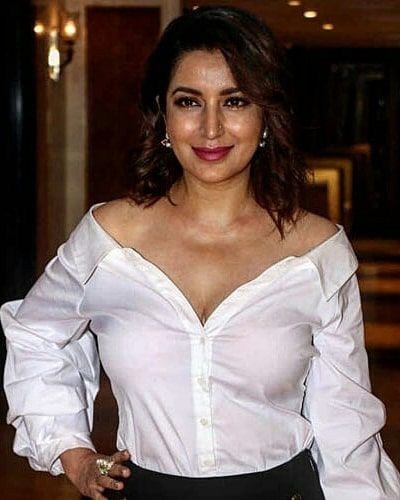 The Bollywood actress who is known for her beautiful heart, face and body has always been a favourite amongst her fans. The base of them rooting for her even at her lowest times goes to show how much of an impact the woman has over the heart of her followers. Thus when a fellow fan named Rahul expressed his love and proposed to her for marriage, Tisca quickly took the opportunity to reply. The gorgeous actress confirmed wittily that she was indeed just waiting to be asked out by him and also requested for his details so that she can show her husband who she is leaving him for. 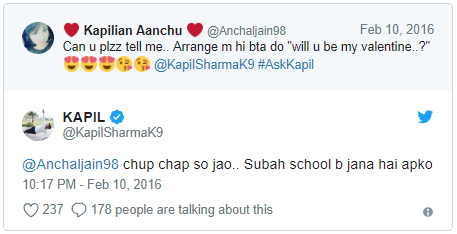 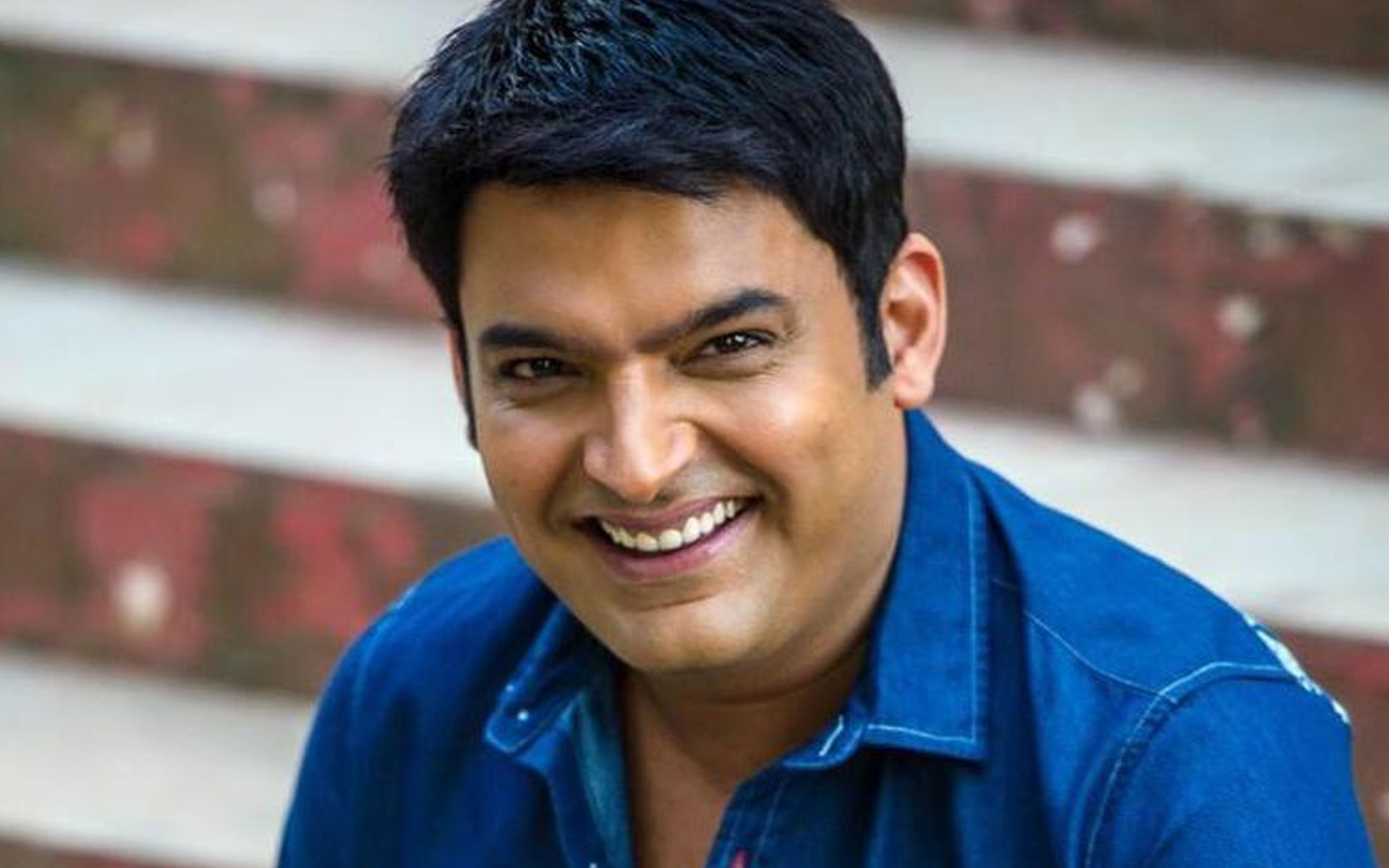 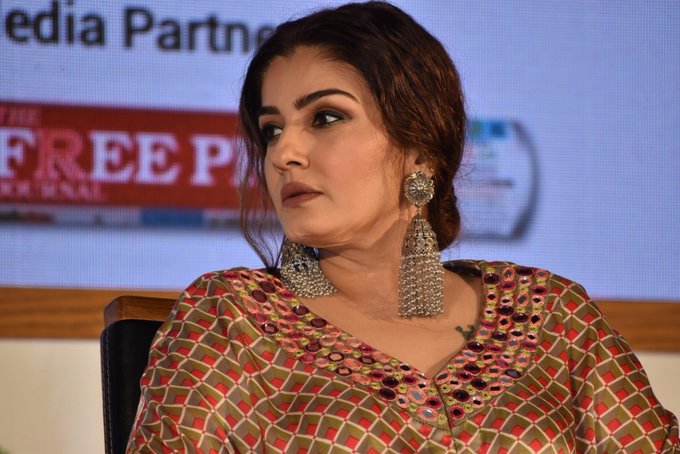 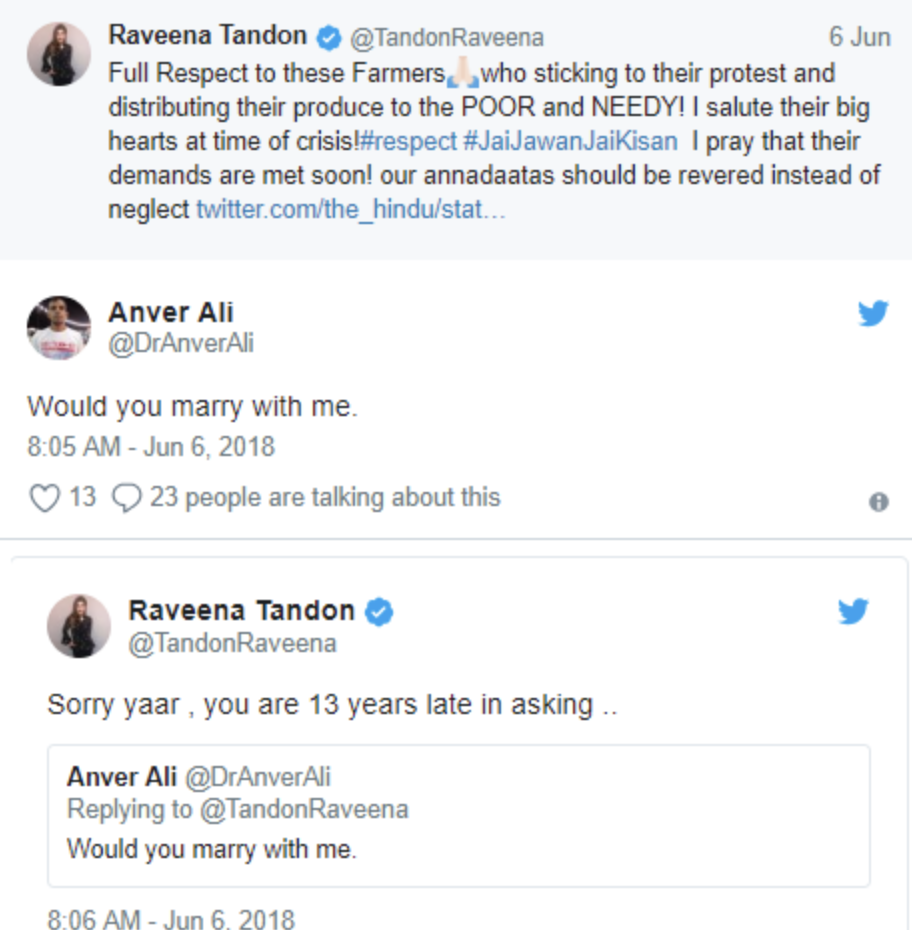 The evergreen actress still has a base that can give A-listers a run. The stunning bombshell defies every rule of ageing that there is by growing younger and more beautiful if that is possible with time. Thus, it was not a surprise when a die-hard fan named Dr Anver Ali asked her hand for marriage over Twitter. Raveena replied to the man stating that he is “13 years too late”. 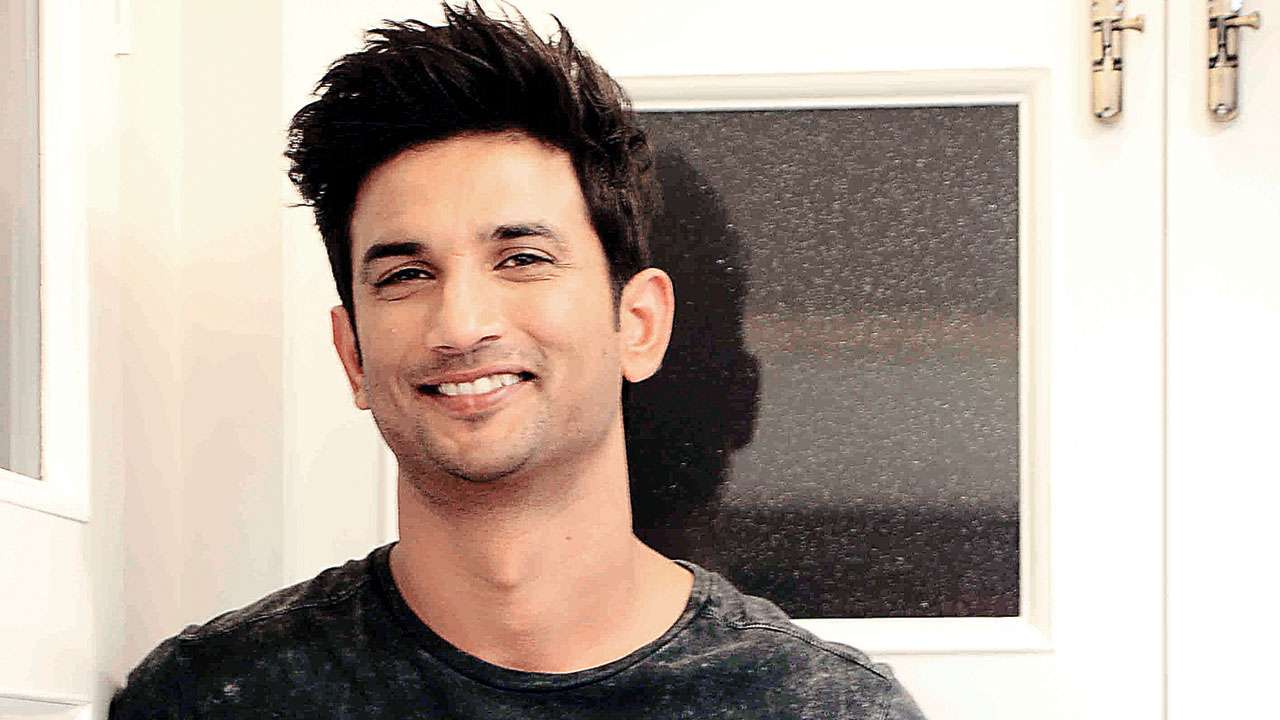 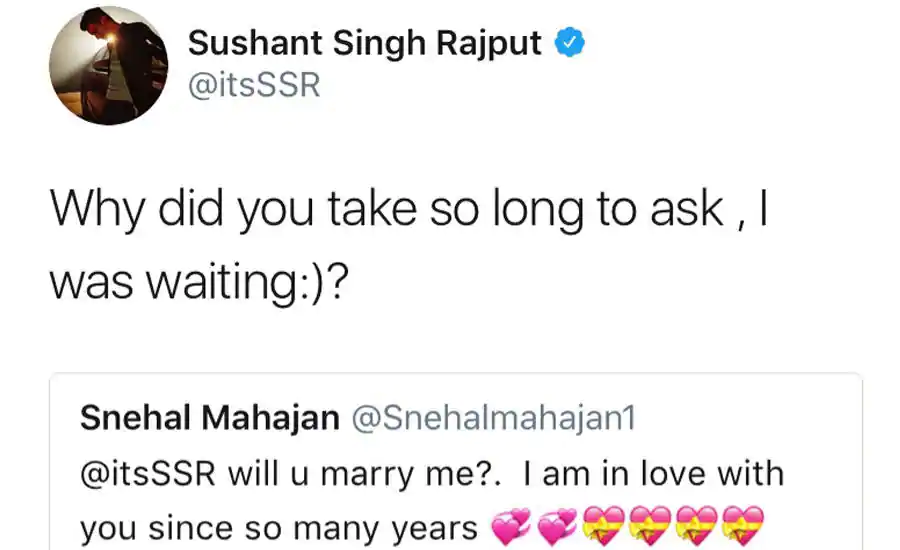 The heartthrob of Bollywood who stole hearts starting from his performances over Silver screen was also known for his amazing choice of roles and brilliant portrayal of the same. However, the man had brains that could make any woman go crazy. Thus, it was not a surprise when Sushant was proposed to by a fan named Snehal Mahajan over Twitter. Susan quickly tweeted stating that the woman should have asked him out sooner. 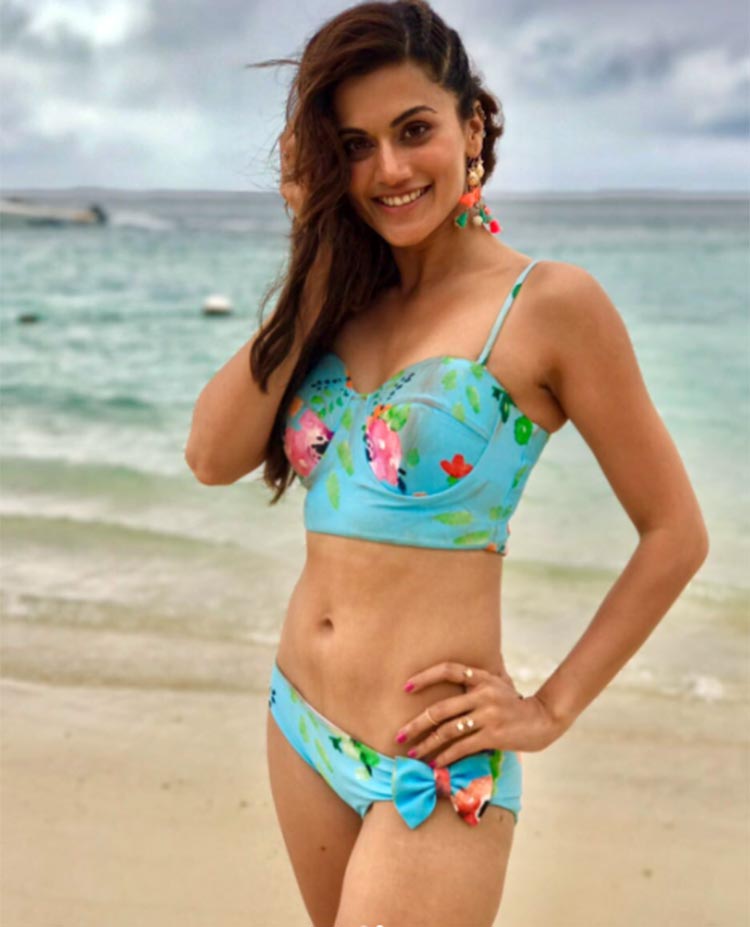 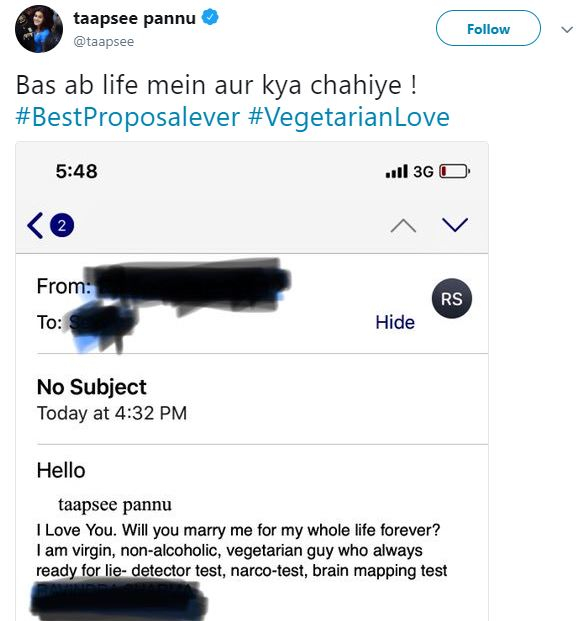