For quite a long time now, there were rumors about returning of our favorite childhood show named Shakalaka Boom Boom. Now, the lead actor of that show Kinshuk Vaidya aka ‘Sanju’ who currently plays the parallel lead in ‘Woh Toh Hai Albela’ gave us all a glimpse of the 2000s era with his magic pencil.

People who used to watch this amazing show must be aware of the fact that the actor started his career at a young age and played the main lead in the kid’s show Shakalaka Boom Boom in which his character named Sanju came across a magic pencil and uses it to save situations. Reliving those days, Kinshuk was seen giving a shot on the sets of a show where he was seen writing and drawing with a pencil. Rumors about Shakalaka Boom Boom 2.0 are on heights 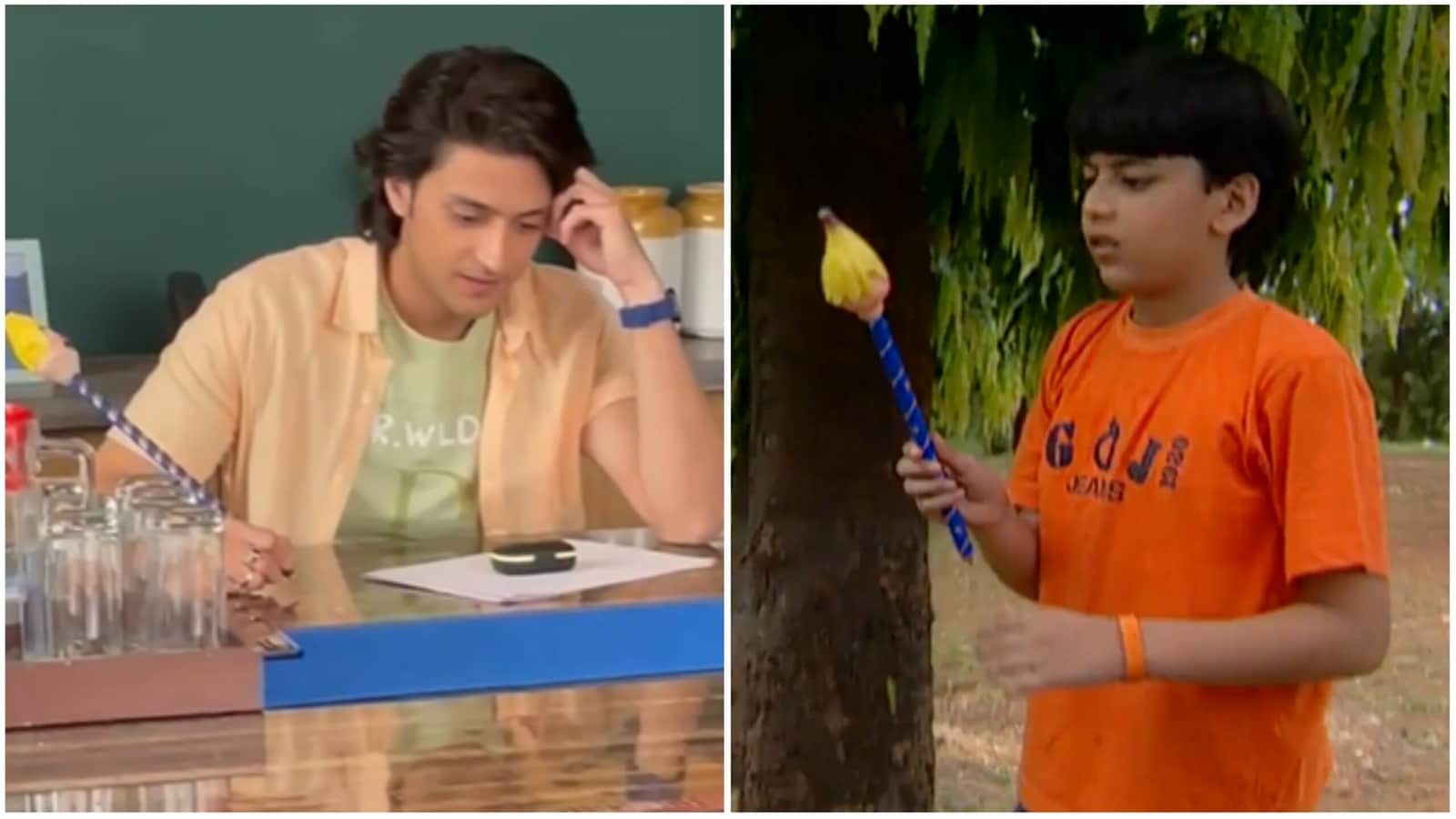 For those who aren’t aware, Shakalaka Boom Boom was a popular show in the early 2000s featuring Kinshuk Vaidya along with Hansika Motwani and various other popular child artists. The central character Sanju finds a magic pencil that can bring life to any drawing. With the help of the pencil, Sanju solves many problems and issues of his friends and close ones.

In a recent video that went viral on social media, we can see the Woh Toh Hai Albela actor shooting for a scene along with a complete camera setup.

In fact, after hearing the word ‘Action’, the actor excitedly says,

as he yet again bought a box to live after sketching it with the magic pencil.

But Kinshuk soon gets disappointed when he finds it empty. While the shooting reminded us of the popular show from the year 2000, fans are guessing if this was an announcement, marking the return of the show after so many years.

For many of us including me the video clip was like walking down memory lane, as we were reminded of childhood days.  The video was having a lot of likes and comments.

One comment described it as their childhood memory whereas the other one said,

“Wowww…. No.1 show of my childhood.” While “Sanju you r my fav” said another comment, “plz fr de lado ye serials,” requested another. One enthusiastic fan wondered if a sequel was on the cards, and dropped this comment, “Ohh my god???? shakalaka boom boom…is it coming again??”

On the work front, Kinshuk Vaidya is currently shooting the Star Bharat show Woh Toh Hai Albela and is seen alongside Shaheer Sheikh, Hiba Nawab, and Rachi Sharma. The show airs on the channel from Monday to Friday at 9 pm and is also available on the  Disney+Hotstar.