After spending almost three months out of action due to an injury, Ravindra Jadeja made a brilliant comeback into the Indian cricket team against Sri Lanka. Jadeja impressed one and all with his all-around show as he lived up to his reputation and also on the expectations of his fans.

Ravindra Jadeja played an instrumental role in team India’s success in the recently-concluded 3-match T20I series. He scored 45 runs off 18 balls, smashing 7 fours and 1 six, in the second T20I match, and went on to score 22 runs off 15 balls, hitting 3 boundaries. 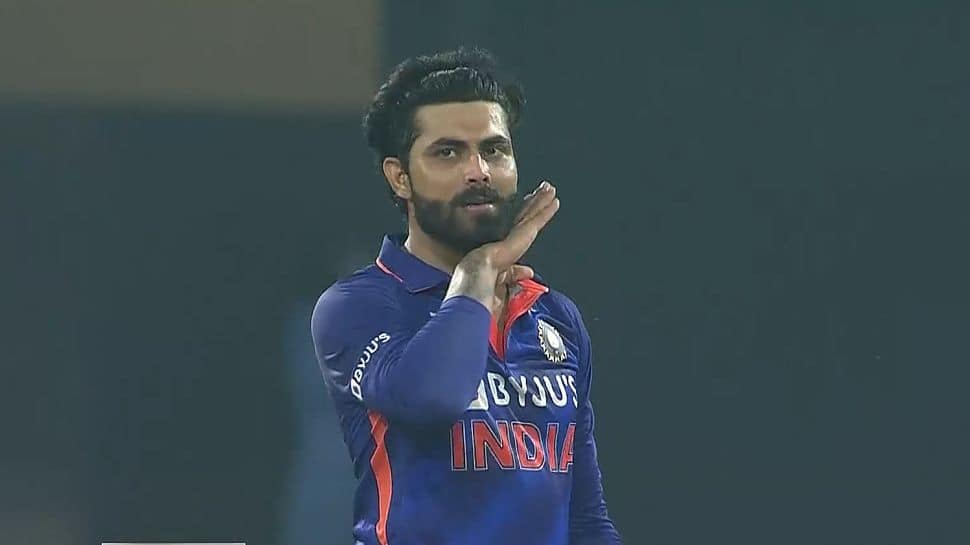 After the 2nd T20I, the Board of Control for Cricket in India (BCCI) shared a video clip of Jadeja, where he thanked the Indian skipper Rohit Sharma for showing trust in him.

“I would like to thank Rohit because he trusted me and believed in me that I can score runs for my team. Hopefully, whenever I get an opportunity in the future, I’ll try and give my best, play according to the situation, and win the game for my team.”

While fans showered praise on Ravindra Jadeja for his stunning performance in the just-concluded T20I series, on the other hand, former Indian all-rounder Irfan Pathan trolled Ravindra Jadeja hilariously on the video. Irfan was quick to take notice of the video and poked fun at Jadeja for blinking his eye repeatedly during the presser. Taking a dig at Jadeja, Pathan wrote: “Baapu needs eye drops.”

Jadeja was quick to notice the comment and come up with a reply to it. In his reply, Jadeja explained that it was the first time he attended a press conference wearing lenses. He wrote: “Lense perya hata first time bhai shaab”

Here, check out the hilarious banter: