Fee charged by Big B for hosting KBC over years

Kaun Banega Crorepati aka KBC  is one of India’s longest-running reality shows hosted by none other than Amitabh Bachchan. The show is the Hindi adaptation of the television game show franchise Who Wants to Be a Millionaire?

The first season of KBC premiered on 3 July 2000 and was a super hit in its debut season. The highest prize money in the first season of the show was Rs 1 crore. Later, in season 2, which was aired in 2005, the top prize amount was raised to Rs 2 crore and remained the same till season 3.

Due to some reasons, the total prize money was again reduced by Rs 1 crore for season 4 in 2010. However, in that year, the show also introduced a jackpot question with which the contestants had a chance to win Rs 5 crore. From the 7th season onwards in 2013, the total prize money was increased to Rs 7 crore and for the ongoing season which went on-air on August 7, the maximum prize money has been raised to a whopping amount of  Rs 7.5 crore to mark the 75th anniversary of India’s Independence.

The host of the show and veteran actor Amitabh Bachchan recently revealed that the contestants in the 14th season will be those people who have contributed to the manumission of the country.

“These contestants have somewhere contributed towards the development of the country. We want to make people aware of them through the show. An Indian Army officer will also come as a contestant this time,” Big B said, as per Mint.

Actor Aamir Khan (to promote Laal Singh Chaddha) along with two army officials were the first guest of season 14. The trio together managed to win Rs 50 lakh for a charity of their choice.

Amitabh Bachchan has hosted all its seasons except 3 when he was ill. That season, Shah Rukh Khan covered up for Big B but the audience didn’t like shah Rukh as a replacement that much and Big B was missed a lot. 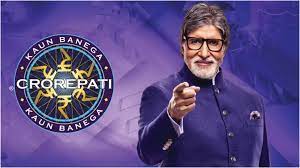 Let’s have a look at how much money he charged for the first 13 seasons.

Amitabh Bachchan charged Rs 25 lakh for each episode of KBC 1 which was aired from 2000-2021. Some of the celebrities who appeared on the show in its debut season were Shah Rukh Khan, Aamir Khan, Rani Mukerji, Sachin Tendulkar, Sonali Bendre, and others.

How much money AB took home for seasons 2 and 4 is unknown, and season 3 was hosted by Shah Rukh Khan.

As per the sources, for the sixth and seven seasons of KBC, which were aired in 2012 and 2013, Amitabh Bachchan was paid a whopping amount of Rs 1.5 crore to Rs 2 crore. From the 7th season, the total prize money was increased to Rs 7 crore from Rs 1 crore. Celebs who appeared on the show in seasons 6 and 7 were Sridevi, Karan Johar, Alia Bhatt, Shah Rukh Khan, and Dilip Joshi Aka Jethalal Gada.

For season 9 which was aired in 2017, Big B charged Rs 2.6 crore per episode reportedly. Cricketer Yuvraj Singh and actor Vidya Balan appeared on the hot seat as guests that season.

For the next season in 2018, Amitabh Bachchan charged Rs 3 crore per episode. Ayushmann Khurrana and Aamir Khan were among the special contestants that year.

Amitabh Bachchan will charge  Rs 4 crore to Rs 5 crore per episode of KCB 14.