Chocolate Boy of Bollywood Kartik Aaryan never fails to impress his fans be it from his astonishing acting skills or next-level sense of humor. From being born into a middle-class family to having a net worth of multi crores, he has made his own space in B-Town

Coming from a non-acting background, he has made everyone believe that talent and hard work can do wonders if one believes in himself and stay dedicated to goals. Kartik recently grabbed everyone’s attention with his astonishing performance in the sequel of Bhool Bhulaiyaa opposite Kiara Advani. His performance is also praised by critics. He is currently enjoying the success of Bhool Bhulaiyaa 2 and preparing himself for his upcoming projects which include an important project with T-Series, the third installment of the romance drama “Aashiqui.”

Meanwhile, he has also decided to be an active individual in the endorsement of famous brands and recently signed the campaign for the popular cosmetics brand WOW. The actor is advertising the newest line of WOW Skincare products opposite the national crush of the country, Rashmika Mandanna. 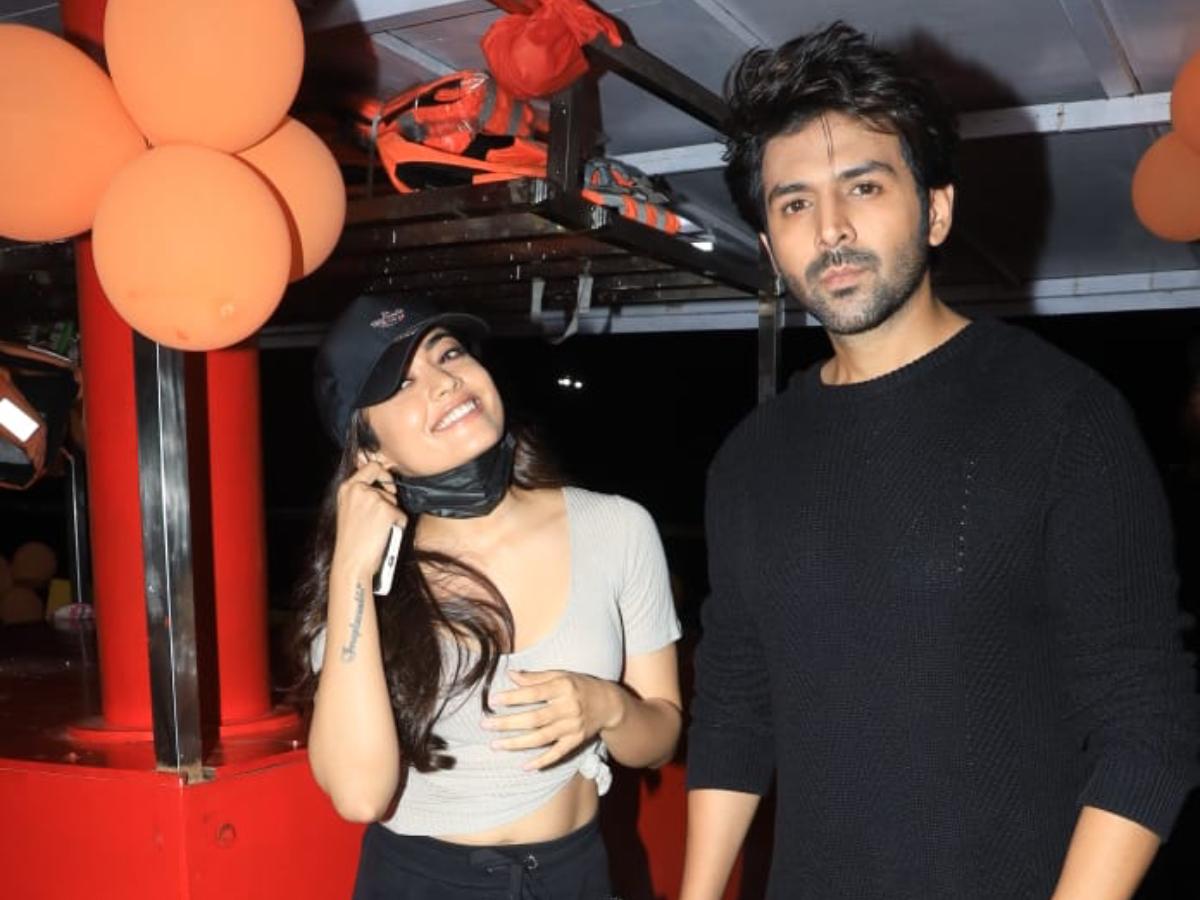 Recently, their collaboration grabbed everyone’s attention when they addressed each other as “partners” and even had a flirtatious conversation on social media.

It is being said that Rashmika is going to be the female main lead of Aashiqui 3. However, nothing is confirmed about the female lead yet.

Kartik Aaryan uploaded a series of pictures of himself and Rashmika Mandanna at a brand photoshoot on Thursday in New Delhi. But their Instagram conversation drew everyone’s attention. Kartik shared the image with a red heart and wrote,

“Hello, partner… I look like one balloon, but I’ll let this one go”

Kartik responded to Rashmika’s comment by writing this with laughing emojis:

Kartik’s post received more than 2 million likes and thousands of comments in a very short period.Farah Khan, a director, and choreographer saw it as well and commented,

Uncountable followers of Kartik and Rashmika also commented on the same post.

However, some netizens couldn’t resist asking about Aashiqui 3. As the upcoming romantic comedy is yet to cast a female star, fans expressed their desire to see Kartik and Rashmika’s chemistry onscreen.

On the work front, Kartik Aryan will be featured in Rohit Dhawan’s Shehzada, the official Hindi adaptation of the 2020 Telugu movie Ala Vaikunthapurramuloo, which stars Allu Arjun in the lead role.

On the other hand, Rashmika Mandanna is all set to make her debut in Bollywood with Amitabh Bachchan’s Goodbye. The actress will also star in Mission Majnu by Sidharth Malhotra.

She has also agreed to feature in Ranbir Kapoor’s movie Animal, which also stars Anil Kapoor in the lead. She is also going to be seen in Pushpa: The Rule alongside Allu Arjun.