Bollywood actress Neha Sharma recently revealed how she was ‘traumatized’ after someone morphed her picture and circulated it in 2018. This is the first time that the actress talked about the controversy in public.

Well, it was in 2018 when the actress posted a selfie on social media, however, the image went viral for all the wrong reasons. Someone had morphed the image by adding a s*x toy in the background. Recently, in an interview with radio host Siddharth Kannan, Neha finally talked about her the ordeal of having her photo morphed. She revealed:

“Initially, I was traumatised. I was like, ‘Dude, this is crazy.’ This kind of morphing and all is not good. I was obviously younger, so I was really brainf***ed at that point. I was like, ‘Why me and why this? Why would someone do this? Why are you so vella (jobless) to come up with this shit?’ 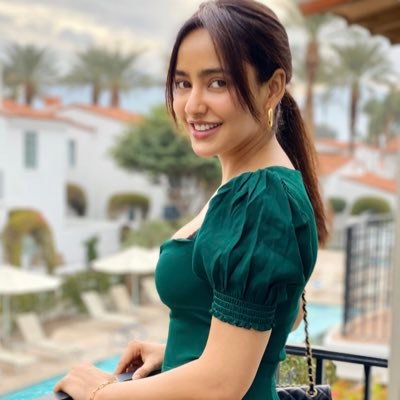 Further, Neha revealed how there were murmurs all over, even on the sets of illegal. She revealed how everyone around her was behaving weirdly with her and she got to know about the picture by someone from the set. She revealed:

“I didn’t realise about the picture. I came on set and everybody is being a little weird and strange. They were like, not talking, they were all discussing, murmurs were happening. And I am like, ‘What is happening? Why is everybody behaving weird?’ I think eventually, someone came up to me and said, ‘Neha, there is this picture of you that is being viral’, and I am like, ‘What picture?’ Then I saw it and I am like (opens mouth in shock), ‘Wow, very creative, whoever did that.’ I was upset in the beginning but then I was like, ‘It’s okay, I know what the truth is and I really don’t need those things to satisfy me.’”

After the controversy that time, Neha had tweeted the original picture and slammed people for morphing pictures and getting cheap thrills out of it. She wrote:

“It’s sad how misogynistic people can be…stop morphing pics and getting cheap thrills out of it…this is the original pic…”,

It’s sad how misogynistic people can be..stop morphing pics and get cheap thrills out of it..this is the original pic.. pic.twitter.com/fmTqxtllYg

Talking about her work, Neha will be next seen in the film ‘Arafat e Ishq’ which has released on Zee 5 on October 29.

“Is It A Lingerie Ad”, Designer Sabyasachi Trolled For Viral Mangalsutra Campaign