9 Times Bollywood Stars Got Trolled For Their Own Statements

When we scroll through our Facebook memories, we realize that how immature we were at one point in time that we made statements and remarks which doesn’t sit well anymore with our current personalities or maybe situations.

Similarly, several Bollywood celebrities also made certain remarks in their past that no longer stands valid. This is exactly where this story comes into the picture. In fact, if we send the celebs their past remarks, they will either hide their faces in shame, or they will simply pass laughter and move on to the next topic. We will now sneak a peek in those remarks of the celebrities whose comment no longer stands valid.

In an episode of Koffee With Karan, when Saif Ali Khan was asked that who is sexier between the aforementioned two, Saif sided with Preity. That must have definitely riled up his future wife. 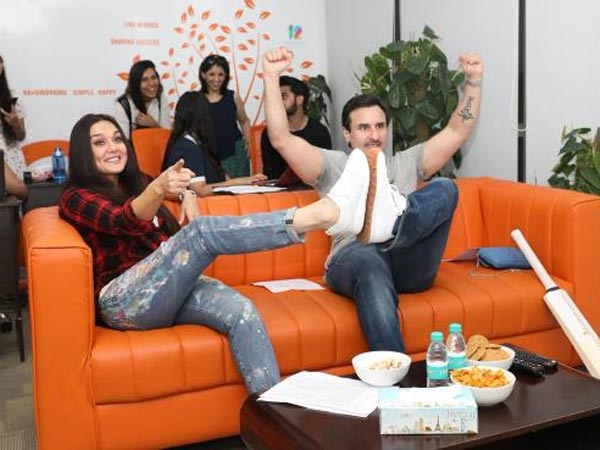 It is known to everyone that how Kal Ho Na Ho was first offered to Kareena but her high demand compelled Kara n Johar to switch over to Preity Zinta. This is when Preity told the media that Kareena was disseminating fake rumours about the fact Kal Ho Na Ho went ahead with Preity Zinta because Kareena rejected it.

In an episode of KWK, Susanne Khan mentioned that how she couldn’t live without Hrithik Roshan. However, now the couple s divorced, and both of them have moved on with their lives happily.

When the duo of Kareena and Shahid appeared on Koffee With Karan, they confessed to being soul-mates to each other. She also stated that Shahid Kapoor had an extremely positive influence on her. However, currently, Kareena is married to Saif Ali Khan and Shahid is espoused to Mira.

In an old episode of KWK, Karan asked Vivek, ““Aishwarya in Hollywood or Aishwarya in Hindi films?” Vivek replied, “In my arms”. Today Vivek and Aishwariya are happily married to their respective partners.

Following an ugly altercation, when SRK and Salman fell apart and the entire Bollywood was busy trying to patch their friendship, Salman’s father quoted, ‘Shah Rukh and Salman can never be friends’.

Ranveer Singh has been a protective personality and when one fan went to flirt with Anushka in a public show, Ranveer warned him to check his tongue or he was going to break his nose.

When Karan got hitched with Jennifer, he quoted, “If I am boat, Jennifer is my anchor”. He also said that he is forever pledged to Jennifer. Unfortunately, all of this talk disappeared into thin air when Karan divorced Jennifer and married Bipasha Basu.

Once in a blog penned by Amir Khan, he quoted, “Shahrukh is licking my feet and I am feeding him biscuits every now and then. What more can I ask for?”

Now it is an obvious spark that this lead to controversy and that is why he cleared a few facts. Here is what he had to say, “Now, before you jump to any conclusions let me add that Shahrukh is the name of our dog. And before you jump to any further conclusions let me add that I had nothing to do with naming him. In fact, Shah Rukh is the dog of the caretakers of our house. When I bought this house it came with the caretaker and his dog! Apparently, Shahrukh (the actor) was shooting for a commercial in this house a few years ago, and that very day the caretakers bought a pup and named him Shahrukh. What are the chances of me buying a house which comes with a dog called Shahrukh.”

He further penned, “Well Shahrukh is once again begging for my attention, so let me get back to him. He is smelling too much, I think he needs a bath. “Heel boy, heel.”