Bollywood actor Aamir Khan is all over the news after he and Kiran Rao recently declared their separation from each other. In their statement, Aamir and Kiran said that they have decided to separate paths after 15 years of marriage but they will raise their Azad son together.

However, ever since the announcement of divorce, Aamir Khan’s love life has become one of the most discussed topics on social media. From Jessica Hines to Fatima Sana Sheikh, here,  we bring you list of women Aamir Khan was involved in the past.

Here, in this article, let’s look into Aamir’s complicated and multi-layered love life: 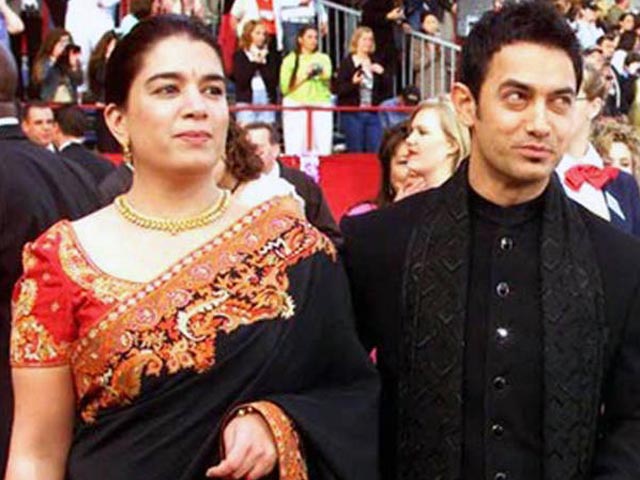 Aamir Khan’s first wife, Reena Dutta was her neighbor. The duo fell in love with each other and got married on April 18, 1986. The former couple has two kids — Junaid and Ira together. However, it was in the year 2002, when Aamir Khan and Reena Dutta decided to part ways. It is believed that the couple got separated after the entry of Kiran Rao into Aamir Khan’s life. They parted ways by mutual consent. Aamir Khan met his second wife, Kiran Rao on the sets of Lagaan, in the year 2001, where she worked as one of the assistant directors of the movie. Later, the dup again met in 2002 after Aamir Khan got divorced from Reena Dutta.

In an interview, Aamir had once revealed that following his divorce with Reena Dutta, Kiran had once called him and both had a good talk and later he realized that he felt happy afterward. The duo soon started dating and later on got married in 2005. In 2011, the couple was blessed with a son named Azad. They looked like a happy family until they announced their separation in 2021. Well, this is one of the biggest controversies of Aamir Khan’s kife. It all started on the sets of Ghulam, where Aamir first met with British Journalist, Jessica and both of them fell in love each other. They were in a live-in relationship. But it was reported that the reporter got pregnant and Aamir told her to abort the child or forego their relationship. However, Jessica decided to keep the baby and let go of the relationship. She gave birth to a beautiful baby boy named Jaan, in the year 2003. Aamir’s rumored relationship with actress-director Pooja Bhatt was short-lived. The duo met on the sets of the movie Dil Hai Ki Maanta Nahi, and from there on the rumors of their relationship started. However, the duo never confirmed their relationship from their end. Later on, it was reported that they decided to part ways because of differences. The rumors of Aamir Khan dating Preity Zinta started during the shooting of Dil Chahta Hai in 2001 after Aamir Khan got divorced from his first wife. Infact there were rumors that Aamir and Zinta had secretly married and now hide it than the plot of the film. The chemistry of Aamir and Zinta in the movie added more fuel to the fire. But both never accepted their rumored relationship. Well, when Aamir Khan and Kiran Rao announced their divorce recently, surprisingly the name of actress Fatima Sana Sheikh’s began to trend on social media. The reason behind this was that many netizens speculate that they both had affairs from the days of shooting of film Dangal. The rumors grew stronger when Aamir Khan asked Aditya Chopra to cast Sana Cheikh into the movie Thugs of Hindostan.