As Sushant Singh Rajput met an unfortunate end after he was found dangling from his ceiling on a Sunday afternoon, the entire nation was split into two factions. One blasted nepotism while the other wanted to find out the perpetrator of Sushant.

However, if there was something that was common between both the cliques were a few actors who were strung by the common verdict of being guilty. Today’s story will relay a few fights at the Awards Show which will underline the illiteracy of the ones conducting it. Haplessly, the ones who were pointed out as the leaders of nepotism were the major ones who were involved in the ugly scenes. 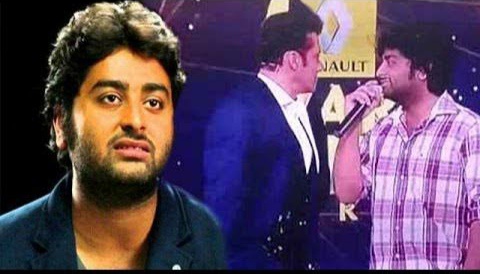 In fact, in those fights, even contrast of the Oscar Awards and the Indian film awards were made where the fact that was stated by one of the most illustrious and surmised to be leaders of the industry was absolutely wrong.

Let us now delve into the fight nights of Bollywood that was sparked because of the basic lack of respect for others and heights of illiteracy from the actors.

Neil Nitin Mukesh shut Shah Rukh Khan up at the Filmfare Awards
There was a massive spat of words between Neil Nitin Mukesh and Shah Rukh Khan as the latter offended his modesty, asking him about his title in front of his dad. Neil spoke up loudly and underlined the fact that it was his diligence that earned himself a seat in the first 10 rows of the Award show and not a surname. Despite being wrong, Shah Rukh Khan kept on blabbering that made no sense. Only if Shahrukh would have known that making fun of someone’s surname isn’t ridiculous but downright offensive.

Ashutosh Gowarikar’s argument with Sajid Khan
Sajid Khan recently found himself under the sword of Damocles when there were multiple complaints made about him being a sexual predator. In an award show where Asutosh Gowarikar notched up an award for Jodha Akbar, Sajid Khan made a derogatory comment about the movie. This irked the director and he hit back sternly at Sajid Khan, telling him to shut up and explaining the difference between him and the latter. After a while, Farah Khan took the stage and mentioned that an actor only gets 40 seconds to give his speech at the Oscar Awards show which is not just wrong but has never unfolded on the best movie awards of the world. This highlights that how less does a leading figure in the film industry knows about the world.

KRK refused to accept the Balti Award and threw it back on Ali Asgar and Suresh Menon
KRK was disrespected by Ali Asgar and Suresh Menon in an award show when the duo wanted to give him the Balti Award for ridiculous displays in Bollywood. KRK was infuriated at this act and threw the award on them. He walked out on them and the award was later given to Sushant Singh Rajput. Maybe this shows how heartless and classless Bollywood really is.

Salman Khan’s blabbering at Mithoon
When lyricist Mithoon went to pick up his own award for the song “Tum Hi Ho”, Salman Khan wanted to deride Mithoon and mock him. Unfortunately for the actor, the lyricist stood his ground and told him that he was not intimated by him.

10 Most Hilarious Signboards We Found On India’s Streets

10 Most Hilarious Signboards We Found On India’s Streets