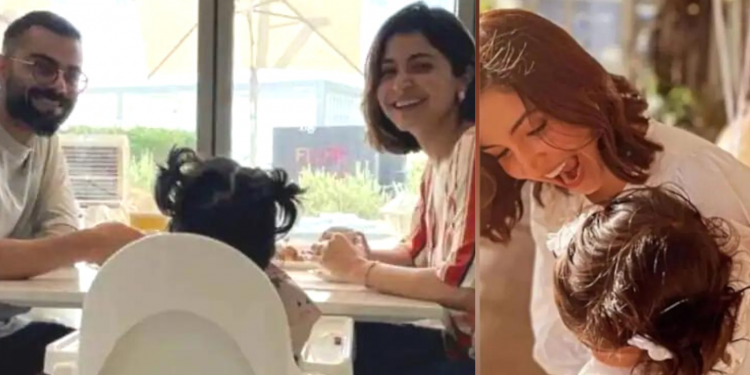 Recently, Bollywood actress Anushka Sharma shared pictures of her on going Maldives Vacation. In one of those pictures fans witnessed a glimpse of her daughter Vamika. Posting that picture, Anushka made a very sweet and lovely promise to her super cute toddler. Let’s have a look at that post. Anushka Sharma and Virat Kohli are  considered as one of most glamourous and favorite power couple of all. They tied knot in December of year 2017 and got blessed with a beautiful daughter on 11 January 2021.  They named their daughter as ” VAMIKA” and they prefer keeping  her away from limelight and general public.

These days,  Virat and Anushka are in Maldives enjoying their holidays with little Muchkin. Few days ago, they were spotted at Mumbai Airport but at that time Vamika wasn’t there with them.  Now, Anushka have shared a glimpse of her daughter taking her social media handles. Promise from a mother to her daughter… 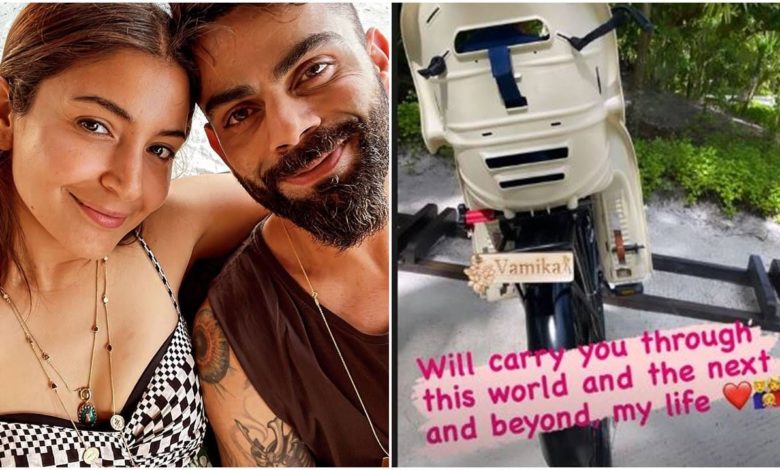 on 9th of June 2022, Anushka shared picture on her Instagram story in which we can see back of cute cycle and it is written “VAMIKA” on that cycle. Anushka wrote an emotional and super sweet message  for her and made her a promise that says

“Will carry you through this world and the next and beyond my life.”

Before sharing this picture, Anushka Sharma also shared a selfie in which she was posing romantically with her husband Virat Kohli. Wearing a strappy dress of white, black and  green color, Anushka was definitely giving vacation vibes. While Virat was looking as hot as always wearing a sleeveless T-shirt.

Nush will be seen in film Chakda Xpress really very soon. She will be playing role of a cricketer and the movie is a biopic of real life  female cricketer Jhulan Goswami.

Prosit Roy  the director of the movie had spoken about the film saying,

“No stone will be unturned by the makers to make this into a spectacular and riveting movie. This is Anushka’s first film after she became a mother. So, there is a lot of anticipation to see her back on screen because she has delivered some of the most remarkable performances from a leading lady in Indian cinema. Plus, the fact that Anushka is doing a cricket film, makes the product even hotter!”