Kolkata Knight Riders’ star all-rounder Andre Russell is one of the biggest entertainers of the Indian Premier League. Over the years, Russell has gained a huge fan following because of his terrific all-around performances and his flamboyant attitude.

Talking about his personal life, the cricketer is married to Jassym Lora, who is a professional model by career. Jassym was quite popular in her own field before she met Russell. She is an avid cricket follower and supports her husband for any team he plays for. She is often seen cheering for her husband wearing the jersey of Kolkata Knight Riders during the Indian Premier League.

Talking about Lora, she is extremely beautiful and being a model, has a well-toned body. She is a very popular figure on Instagram. However, being popular on social media has its own drawbacks as trolls don’t spare a chance to troll, bully or shame.
But, Lora seems to know the art of giving it back to the trolls and perverts.

Recently, when Lora shared a stunning picture of herself, she was flooded with disrespectful and shameful comments from netizens. Sharing the picture, Lora wrote:

“You become very dangerous when you learn how to control your feelings.”

The post soon went viral and was flooded with amazing comments from the fans, appreciating her beauty. However, there were many people, who started body-shaming her. Lora even reacted to one of the netizens, who posted a disrespectful comment.

The troll asked Lora to show her a*s, responding to which, Lora gave a savage reply. She asked the troll to show his.

Here, check out the screenshot. 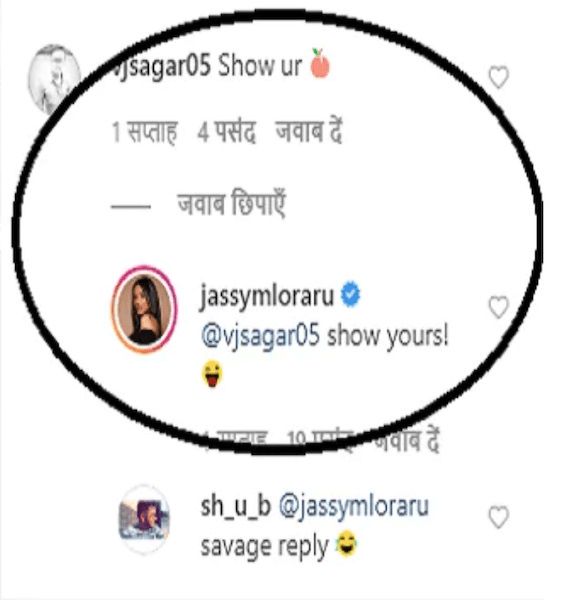 Previous 2 Times When Sunny Leone Gave Epic Reply to Her Trollers
Next Zareen Khan Trolled For Her Stretch Marks; Silence Troller With A Befitting Reply