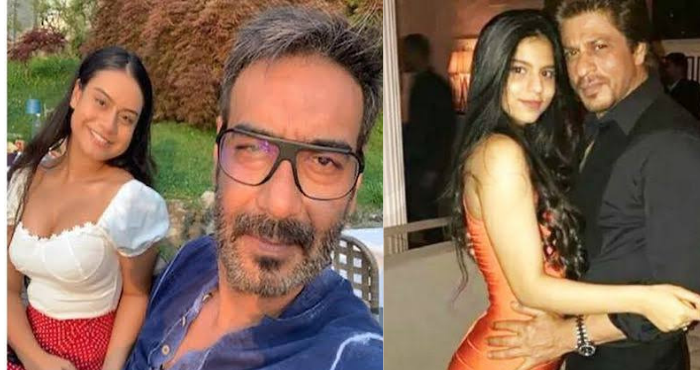 Bollywood stars always live in the limelight. Not only them but their sons and daughters also share some of the limelight, especially if your parents are the stalwarts of Bollywood. It is a trend amongst the star kids to go abroad and study before returning to India and start their career in the sphere of acting. Here we will have a look at a few such celebrity kids who are currently studying abroad but will soon be seen on the silver screen.

She is the younger daughter of Sridevi and Boney Kapoor. She is currently pursuing an acting course from the New York Film Academy.

The son of the king of Bollywood, Shah Rukh Khan, Aryan is currently pursuing a course in cinematic arts from the University of Southern California. We hope to see him grace the silver screen just like his father in the near future.

She is the granddaughter of Amitabh Bachchan. After graduating from the Sevenoaks School in the UK, Navya is reportedly attending New York City’s Fordham University.

He is the son of Saif Ali Khan. He is currently studying in London and is en route to following his sister Sara Ali Khan into the glamour world.

Shah Rukh Khan’s daughter Suhana is currently studying in New York. Like Aryan, we hope to see her soon in Bollywood making her debut on the big screen.